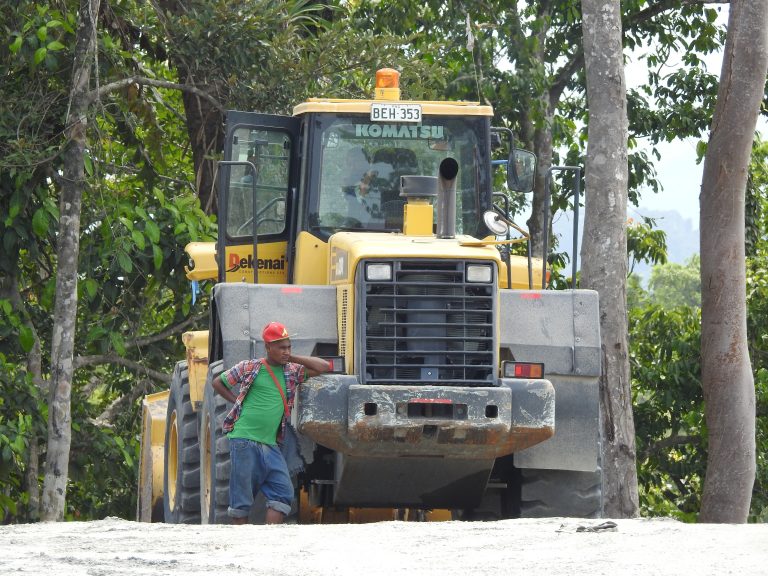 According to the World Bank, one in five firms in manufacturing and services in Port Moresby and Lae in 2015 identified lack of skills as a major constraint on their current operations. This skills gap has in part been filled by some 41,000 foreign workers in PNG, many of whom are working in trade occupations. The number of foreign workers in PNG with trade occupations in 2014 ranged from 12 to 26 per cent of all work permits. The latter estimate includes trade coordinators and supervisors, an occupational category favoured by employers as the job does not have to be advertised.

Implicit in the work permit system is the requirement for foreign workers to transfer their skills to domestic workers. However, under PNG’s employment of non-citizens legislation, mechanisms to do so are missing. The government and development partners who invest in public infrastructure investment are highly prescriptive about the requirements for successful tenders. But the provisions do not include contractual requirements to ensure skills transfer from imported to domestic workers.

A recent report, commissioned by the Asian Development Bank (ADB), examines how to incorporate skills transfer arrangements into the design and implementation of large infrastructure projects. The report draws on six case studies of construction firms in PNG to identify two broad skills sourcing strategies: one that minimises costs and the other that minimises risks.

The second skills sourcing strategy used by foreign construction firms is to reduce the transaction costs of managing work on a complex construction site. Where a language barrier exists, there is a strong chance that work directions are misunderstood, causing delays and accidents. This skills sourcing strategy seeks to limit the number of PNG workers in jobs as supervisors, trades workers, equipment operators, and heavy truck drivers, with preference given to experienced workers from the company’s country of origin. PNG workers are for the most part recruited from communities next to the work site for work that can be done with skills learnt quickly on-the-job and performed with simple directions.

The report proposes several options to facilitate skills transfer through large infrastructure projects. The underlying principles used to frame the recommendations are: the need for positive incentives for enterprises in addition to a contract requirement, the need to involve stakeholders in addition to the construction company; the value of considering a range of skills transfer options; and the importance of seeking prior feedback from stakeholders on the proposed arrangements.

The initial step in setting up the arrangements is to identify the types of skills to be transferred: basic skills, trade skills, technician, professional or organisation-wide skills. The next step is to specify the nature of the contract obligation. The options for obligating a contractor can vary from the simple to the more complex. The contract could require simple inputs related to training in the bill of quantities such as number of training places to be provided. Another option is to require outputs such as the type of skills training provided. The most demanding contract provision is to require a performance-based outcome such as training in specified skills to an assessed quality standard.

A sole focus on a contract obligation with penalties for non-compliance, however, has major limitations. The threat of penalties encourages enterprises not to go beyond the letter of the law or even to pay the penalty to avoid the obligation. So the report proposes, in addition to the use of contractual obligations, the use of a country-level or regional framework agreement between governments or development partners to provide positive incentives for construction firms to earn a “social licence” to operate. One concept used by some large companies in PNG is ‘creating shared value’. This involves a company using enterprise resources to solve social problems as a byproduct of its normal operations. For example, in its Annual Report for 2015, the Oil Search Foundation reports on working in partnership with PNG Health Department in a number of ways including training and mentoring staff to deliver better health services in relation to malaria prevention, HIV and maternal and child health.

Government articulation of a stronger policy statement, backed by changes to the work permit legislation, is also needed. Political leaders need to make it clear that foreign enterprises employing foreign workers with middle-level skills have an obligation to transfer skills.

Finally, as contracts are of limited duration, skills transfer intermediaries are needed. Professional associations can play a valuable role in the skill formation process. These associations in PNG are the Institution of Engineers PNG; Institute of Architects, Surveyors Association, and the PNG Human Resource Institute. With additional resources, they are well placed to help professionals and technicians to continue their skills development through work opportunities on a number of contracts.

Richard Curtain is a Visiting Fellow at the Development Policy Centre and is the author of the ADB report “Promoting skills formation through Public Investment Projects”. The report was commissioned as part of the ADB technical assistance program, ‘Improving the Performance of Labour Markets in the Pacific’.