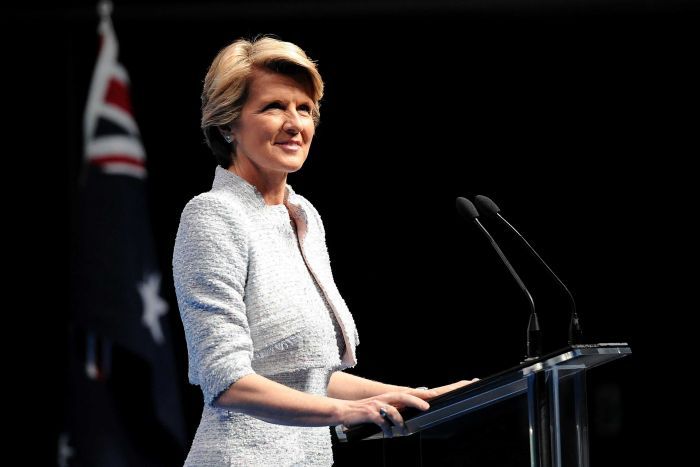 On Monday, for the third time in fifteen months, the Coalition cut aid spending. While the first two cuts were significant, they generated savings mostly by trimming projected expenditure from future years. This third strike represents a more telling blow. As Stephen Howes told Radio National’s Breakfast, the latest cuts of $3.7 billion are “unprecedented” because they strip away money from the current budget. They amount to Australia’s biggest aid cuts ever.

These cuts have serious ramifications for aid recipients. But they will also have lasting implications for the credibility of Australia’s aid program and, more immediately, Bishop’s leadership of it.

Bishop’s $5 billion “stabilisation pledge” gave the Coalition credibility on development policy, despite its pre-election announcement to substantially cut the aid budget and integrate AusAID within DFAT.  Speaking in February this year at the Australian National University, Bishop explained that:

what I have done is stabilised the budget at $5 billion per annum. It will increase in line with inflation, so it will go up by CPI. This will provide certainty, predictability of funding for our partners, for the recipients and will put the aid budget on sustainable financial footing.

Bishop’s pledge was welcomed by the development community. There was a sense that aid quality had suffered under Labor’s expenditure ramp up and a growing scepticism about the sincerity of its commitment to 0.5%. Bishop was reasonable. She built a coherent case for the policy changes she was making and told a story about why cuts were needed. The flavour of Bishop’s changes – making economic diplomacy was the program’s strategic centrepiece and prioritising the role of the private sector in development – may not have been to the taste of many in the development community, but were made palatable through the consistency of Bishop’s message. Also working in Bishop’s favour was that her realignment had parallels overseas and that the cuts were popular at home.

With her stabilisation pledge, Bishop effectively struck a deal with the development community: in exchange for abandoning the 0.5% target and abolishing AusAID, the Coalition would reinstall predictability into the aid program, resulting in a more strategic and transparent program of better quality. As Bishop made very clear, this stability was absent from Labor’s oversight of the aid program:

What was happening in the past was that announcements were being made about aid funding to meet certain targets or to meet certain groups and when the cameras moved on and the media went home, money was being removed from the forward estimates. In the last 15 months of the previous government, $5.7 billion was removed from the aid budget forward estimates. So what certainty, what predictability, did that give to recipient countries and our partners. It created the impression that Australia was an unreliable aid partner. So we intend to be reliable, consistent and far more strategic.

Bishop’s credibility, from this point, hinged on delivering this financial stability. After cuts to aid did the ‘heavy lifting’ for the Government in the 2014 federal budget, the stability pledge was seriously called into question. Still, you could almost make the case that the aid budget, despite an unwelcome trim, would be kept stable in the medium term. With Monday’s cut, this credibility is in tatters: three strikes to the aid budget and you’re out – of credibility.

Bishop knows this. When reports first surfaced that further cuts to aid were the ‘leading option’ to fund the fight against terrorism, Bishop moved quickly to refute the claims, reaffirming that the Coalition would “abide by the commitments we made in relation to foreign aid.” Sensing that Bishop was in a tough fight with her cabinet colleagues, especially Finance Minister Mathias Cormann, the NGO sector began firing warning shots. Signs Bishop had been “outgunned” in cabinet – in the words of Fran Kelly – began to emerge last week. Reports appeared that Bishop staffers were working behind the scenes to prepare the ground for cuts. Most revealing, Bishop began setting up opposition spokeswomen Tanya Plibersek as a scapegoat. “If savings are found from my department” warned Bishop ominously, “I will hang that around the neck of Tanya Plibersek each and every day until the next election.”

This accusation won’t stick. It is Bishop who will bear the burden for staking her credibility on maintaining a stable aid budget and any bitterness she harbours about this injustice should be directed squarely at her own party. That the fallout from Government’s handling of the budget is beginning to erode Bishop’s credibility – uniformly seen as Cabinet’s standout performer – should worry the Government.

Bishop’s ability to effectively prosecute Australia’s international agenda during a different period has been widely praised. Yet this cut will curtail her influence. It calls in to question the sincerity of Australia’s commitment to achieving the Millennium Development Goals and reduces our prospects of influencing the successors to the MDGs – the Sustainable Development Goals (SDGs) – when they are negotiated next year. Only two years ago, we were seriously contemplating reaching the 0.5% of GNI threshold. Just last year, the Organisation for Economic Co-operation and Development, in a review of Australia’s aid program, welcomed “Australia’s dynamic approach to being a good international citizen, punching at or above its weight.” Now, with aid again bearing a disproportionate share of the cost-cutting load, we have wilfully jeopardised our reputation.  Instead, as Tim Costello and Brian Doolan argued recently, this choice signals, “an active choice to retreat from complex global challenges.” Only last week, the House of Commons passed a bill that ensures 0.7% of British gross national income will be spent on aid, despite the UK grappling with a substantially more difficult fiscal situation and the Conservatives facing more sustained pressure from the right in the form of the UK Independence Party (UKIP).

Bishop’s loss of credibility on aid is deeply disappointing. She had moved quickly and effectively to recast the development discussion in Australia. Bishop set out how the Coalition’s aid program would differ from Labour. More impressive, she did so persuasively while maintaining the goodwill of the development community in Australia, in our region, and internationally. The potential to embed her ‘new aid paradigm’ has been lost. And, just like the livelihoods of the recipients of Australia’s aid, this loss is not something that the Coalition can measure in billions of dollars.

Benjamin Day
Benjamin Day is a Lecturer in the Department of International Relations at the Coral Bell School of Asia Pacific Affairs, the Australian National University. Prior to academia, he spent a decade working in the development sector.