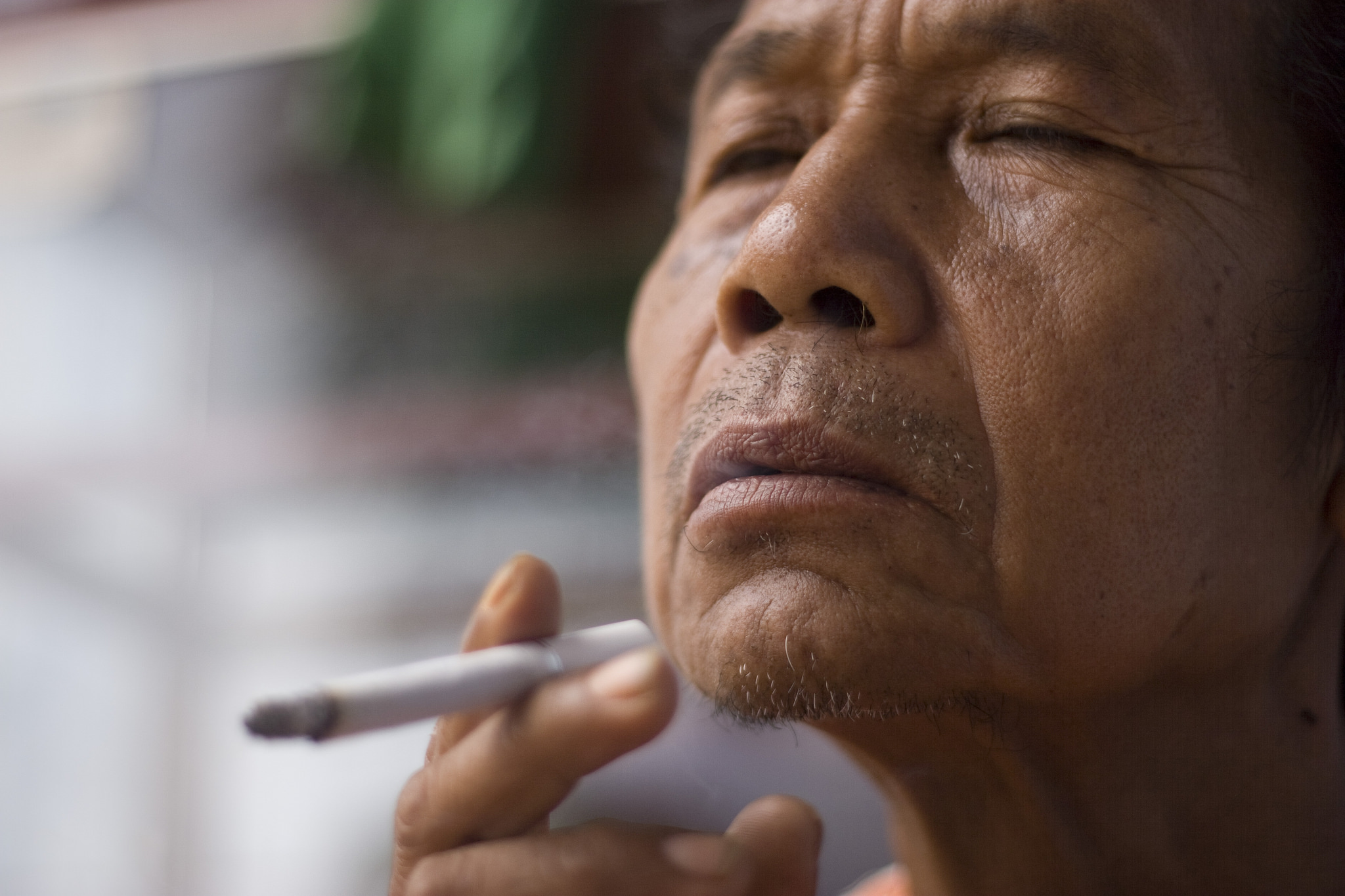 Smoking on the rise in Indonesia, and other recent WHO NCD findings

The World Health Organization (WHO) has recently identified ten threats to global health in 2019. This blog focuses on one of the ten: non-communicable diseases, or NCDs. The data in this blog draws on the latest estimates produced by WHO in their just released NCD Country Profiles 2018.

First, there were just over 20 million NCD-related deaths among the 24 LMICs in the Asia Pacific region for which data is available. Latest estimates per country are available here, including for Australia and New Zealand for comparison.

Second, NCDs now account for more than half of all deaths in 23 of the 24 LMICs in the region for which estimates are available in 2016: only in Timor Leste do NCDs account for less than half of total deaths (46 per cent). 11 LMICs in the Asia Pacific region have rates of NCD deaths higher than the global average. The graph here shows the relative importance of NCDs as a share of total deaths for each LMIC in the Asia Pacific region for which estimates are available.

Third, and perhaps most importantly, are the high rates of premature deaths (defined by WHO as death between 30 – 70 years) caused by NCDs in the region. Premature deaths are significant from a broader policy perspective because they involve loss of young parent(s) in families and reductions in the working age population and hence economic outcomes and revenue. The graph here ranks the WHO estimates for the probability of a premature death for each of the 24 LMICs in the region. The probability ranges from a high of 31 per cent in Fiji and 30 per cent in PNG to 14 per cent in Thailand (and just nine per cent in Australia).

The WHO identifies nine risk factors for NCDs: harmful use of alcohol; physical inactivity; salt / sodium intake; tobacco use; raised blood pressure; raised glucose levels for diabetes; obesity; ambient air pollution and household air pollution. Given space limitations, this blog focuses on four more common risk factors in the region. This table, which I have created, summarises the situation.

Household air pollution is a clearly a major challenge for many countries in the region, and globally. WHO estimates that in 2016, for example, 94 per cent of the population in Kiribati and Lao PDR had primary reliance on polluting fuels and technologies. In 25 countries of Asia and the Pacific more than one quarter of the population are exposed to household air pollution (see my table here for the data). WHO shows that household and ambient air pollution can cause lung cancer, stroke and heart disease.

Obesity is a particularly important risk factor for NCDs in 12 LMICs in the Pacific (see the data here). The same table also shows that more than one quarter of adults are obese in 11 LMICs in the Pacific alone, and that 15 LMICs in the region have rates of adult obesity greater than the global average. But there is also great variety in the region, with adult obesity ranging from an estimated 61 per cent (and increasing) in Nauru to just two per cent in Vietnam. Female rates of obesity nearly always exceed male rates. Of particular concern is the fact that the prevalence of adult obesity increased for every country in the region for which data is available, albeit some (e.g. Bangladesh and Cambodia) off a low base. There are noticeable increases in adult obesity rates in Kiribati and Solomon Islands.

Physical inactivity is a particularly important risk factor for NCDs in eight LMICs in the region (ten countries when including Australia and New Zealand). The data I pulled together also shows physical inactivity – defined by WHO as not meeting the WHO recommendation to perform at least 150 minutes of moderate-intensity physical activity per week – can be a major risk factor irrespective of the stage of economic development of that country.

There is a mixed record in reducing tobacco consumption. Kiribati has been able to reduce rates of smoking among males from 90 per cent in 2000 to 60 per cent in 2016. Nepal has reduced rates of smoking among females from just under 30 per cent in 2000 to less than ten per cent in 2016. WHO estimates that several countries including Cambodia, Kiribati, India, Laos, Myanmar, Nauru, Nepal, Niue,  Palau, PNG, Samoa, and Vanuatu (and Australia and New Zealand) are on track to exceed, or at least meet, the WHO global target for reducing tobacco consumptions by 30 per cent by 2025 for either males, females or both. But around half of all males in China still smoke, and prevalence is decreasing too slowly there to meet global targets.

Of particular concern is that the prevalence of male smoking in Indonesia has increased rapidly from 60 per cent of males in 2000 to 75 per cent in 2016. Female rates remain low and steady at less than five per cent. There are various theories as to why tobacco use has been increasing in Indonesia while falling in many other countries. Indonesia is the only country in South East Asia not a member of the Framework Convention on Tobacco Control: observers note that tobacco companies can then more easily skirt what few regulations do exist. Some argue the rise in tobacco consumption essentially reflects the economic liberalisation of the 1990s that allowed international tobacco companies to enter and scale up market penetration. Others note that tobacco production is an important source of government revenue, with little real incentive for government to restrict production, making Indonesia a  ‘Disneyland for big tobacco’.

I recommend NCD Country Profiles 2018 to anyone interested in NCDs, or health and development more broadly. My only criticism is that there was essentially no data or estimates on the number, share, or trends of NCD deaths in six small Pacific Island countries: Cook Islands, Marshall Islands, Nauru, Niue, Palau and Tuvalu. WHO should also consider expanding the statistics on NCD disabilities including stroke, and diabetic-related blindness and amputations for all countries globally. Expanding NCD Profiles to cover these missing countries and issues would make a good report better.