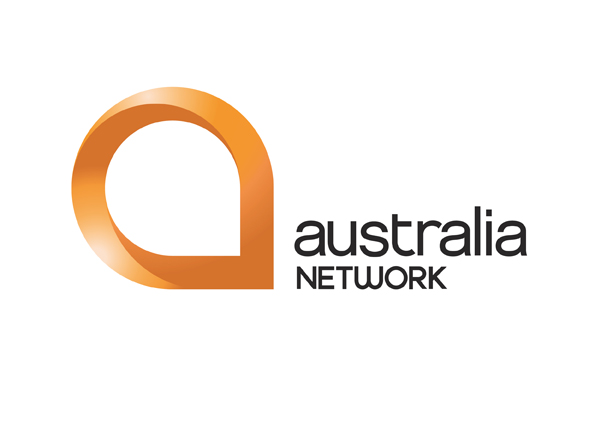 Soap operas and Sesame Street: examples for the Australia Network?

Aid and ‘promoting Australia’s interests’ are now intended to go hand in hand, with the integration of AusAID into the Department of Foreign Affairs and Trade (DFAT).

Could television be an area where development and diplomacy harmonise?

Broadcast media has increasingly provided a creative platform for spreading development messaging far and wide, even in low literacy contexts. And donors have been jumping on board, moving beyond purchasing advertising spots to creating their own programming.

Meanwhile, the television station that we subsidise and beam across the region is copping flak for stumbling on its public diplomacy mission. Foreign Minister Julie Bishop has recently criticised the Australia Network, questioning whether it is effectively promoting Australia’s interests overseas. She also critiqued it in her 2012 Devpolicy speech. While some of this criticism is due to allegations of bungled tendering under Labor (and the coverage in The Australian has the usual whiff of anti-ABC sentiment), this could be the signal that an overhaul is on the horizon.

There’s plenty of opportunity to improve the Australia Network. I’ve watched it on and off, and it appears to be the place where reruns of Border Security go to live forever when they really shouldn’t. There are some valuable shows teaching English, and the network must be acknowledged for its high-quality news and current affairs focusing on the region—it is one of very few media outlets that regularly runs stories on aid and development issues in the Pacific, and often these stories feed back into ABC News, so this is an important role. Expats appreciate the access to AFL and Four Corners. But in its entertainment programming, the overall message that the channel seems to send to the region is: ‘you can go ride horses on the farm with McLeod’s Daughters and see Uluru, but only after we’ve filmed your humiliating and baffling journey through airport customs and immigration’. It’s quite strange. Its contrived and confused ‘Australianness’ often seems to represent the things that are wrong with Australia’s engagement in the region rather than the things that are right.

Would an overhaul of the network open doors for development-related or regionally-produced programming? Or create some kind of synergy between development goals and diplomacy? Or would this fail to gel with the ‘discerning audience of Internationalists’ that the Australia Network covets?

The Australian aid program is already engaged in creating content in the region—specifically soap operas. These may seem an unlikely force for good—I certainly can’t recall any particularly profound moral lessons gained from watching Days of Our Lives when home sick from school and my thorough content analysis of Indonesian sinetron over several years in Jakarta left me with the feeling that they were hardly feminist. But apparently soaps can deliver better messages than ‘always chase the rich guy’ and edutainment is now an established part of the development communications toolkit. Pro-development soap operas have been on television in Latin America and India as far back as [pdf] the 1970s and 1980s.

PNG is about to get its own drama for development courtesy of the Australian aid program, titled Grace, which will tackle issues such as gender equality and gender-based violence with local actors and production.

This is not a first for Australian aid. Love Patrol, which also receives funding from New Zealand and the ADB, aims to look at the causes of the HIV/AIDS epidemic in the region. The show has been very popular, particularly in Vanuatu where it is produced, and the evaluation report [pdf] from the first series showed that it had been effective and led to increased dialogue. The sixth season is currently in production. The Australia Network paid for broadcast rights for Love Patrol and screened it.

In another recent example that drew on Australian aid funding, as well as support from UKAID and other donors, peacebuilding NGO Search for Common Ground capitalised on Indonesia’s love for sinetron, soccer and Slank (an activist rock band that has cult status across the archipelago) to create Tim Bui (Prison Team), a 13-part series encouraging tolerance, team work and conflict resolution.

It’s not just shows for grown-ups that have been used to drive home development messages. USAID has supported the export of Sesame Street since 2004, creating localised versions in developing countries in the name of early childhood education, development and public diplomacy. The Sesame Workshop is the implementing partner for the project.

Here’s an extremely literal US public diplomacy example from the Bangladeshi version, Sisimpur.

Big Bird and friends recently sparked some controversy in Pakistan that not even a cutesy song could solve. The program was scrapped after USAID was tipped off on some significant corruption. But isolated incidents aside, the program has largely been viewed as a positive for early childhood education and public perceptions of the US. It has also been used to share gender equality messages in Egypt and has also been coupled with community outreach programs [pdf] in Bangladesh to boost hygiene and nutrition practices, among many other projects.

So why don’t Bananas in Pyjamas sleep under mosquito nets or speak Tok Pisin? They are a tropical fruit. The Australia Network does show some children’s programming (i.e. Play School), but it is not targeted at regional audiences and it is all in English.

As these examples show, this area offers the potential for collaboration with a wide range of media actors, including public broadcasters and the private sector. Engaging local acting and production talent also provides opportunities for training, employment and capacity building, as well as giving people a platform to tell their own stories. Some programs could even interest Australian audiences, providing a vehicle for those at home to learn about the region and about development issues (and for domestic networks to purchase the broadcast rights for these shows, helping to fund them). This would mimic the benefits of Australia Network’s news offerings, which create news and current affairs content on the Asia-Pacific that might not otherwise make it to the web, your nightly news bulletin or ABC News 24.

Could the Australia Network be more closely involved as a broadcast or production partner in development dramas or education programs, to transform the station from Australian mouthpiece to something more reflective of Australia’s role and place within the region? Could it more closely interact with the aid program and others working in this space, like ABC International Development?

There would clearly be some constraints and challenges in taking these ideas on board – for example, reconciling the interests of the diverse audience of a regional network with locally relevant programming, having sufficient audience reach for development programming to be effective (in most countries in the region, the Australia Network is only broadcast on pay TV or satellite and local TV networks have much larger audience share), achieving high production values, translation of shows into local languages and so on.

But perhaps these challenges require a rethinking of the Australia Network as a concept. Should the Australia Network just be a single TV channel or should it act as a content clearinghouse for local TV stations in the region to enable them affordable access to programming that could promote Australia’s interests to an even wider audience? Should the Australia Network be a proactive content producer? Should it be aiming for more diverse audiences than those discerning internationalists? And should it ditch its current marketing slogan (‘from our world to yours’) in both spirit and action to better depict Australia as an active participant in the region, rather than some kind of separate, desperate planet beaming out old episodes of Home and Away in an attempt to make contact?

As much as many of us have furrowed our brows at the AusAID-DFAT integration, perhaps it will offer a chance for some creative rethinking of policy and approaches in both the aid and diplomacy worlds to create new efficiencies, benefits and opportunities. An overhaul of the Australia Network could be one such chance.