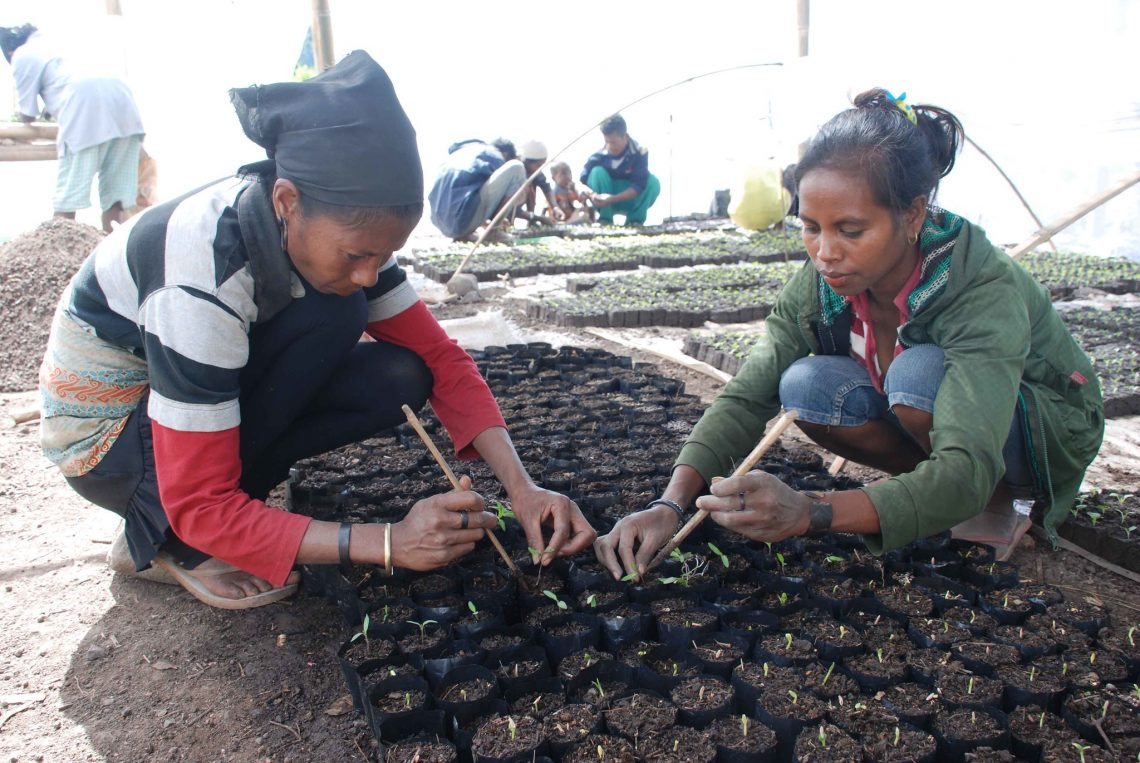 Vegetable farmers in in Maubisse, Timor-Leste, growing seedlings in a greenhouse.

Starving the virus while feeding the people: Timor-Leste’s COVID-19 challenge

Timor-Leste’s response to the COVID-19 pandemic has been a mixed bag.

On the plus side, it has been successful in keeping the virus from spreading. The political class, despite their addiction to drama, deserve credit for this. When the seriousness of the situation became apparent in March they took action – moving to restrict international travel, building testing capacity, providing income support to households and promoting social distancing, mask use and hand washing. Now as neighbouring Indonesia approaches 12,000 deaths, the toll in Timor-Leste remains exactly zero, with just 28 confirmed cases, none active, and no confirmed community transmission. There might have been some luck involved, but good management and timely leadership have also played a role.

And yet, in a way that recalls the failure to effectively tackle many basic development issues after the successful conclusion of the independence struggle, the impact of the global pandemic on the day-to-day economic and social life of our people has not received enough attention.

Perhaps the most pressing aspect of this problem is found in the status of the agricultural sector, which employs 60% of the population and provides 80% of the food supply.

Large-scale commercial agriculture has never taken off in Timor-Leste. The majority of the nation’s farming is done on semi-subsistence smallholdings using customary techniques, and even this is in decline – hardly good news if we’re thinking about the ability of rural households to earn, save and invest in their futures. Every year Timor-Leste consumes around 134,700 tons of rice, yet during 2018 and 2019 it only grew 40,275 tons.

The upshot of this is that Timor-Leste relies heavily on food imports, and is vulnerable to any global shock that might disrupt them. Coupled with the ways in which COVID-19 has restricted the ability of some farmers to go about their work and market their produce, it is easy to see why the country’s food supply is now in an alarming situation.

This situation is not unique to Timor. According to the World Food Program (WFP) more than 265 million people are at risk of hunger by the end of 2020. However, in Timor-Leste the risk feels particularly acute. During the mid-1970s more than 80,000 people died from the effects of famine caused by war, and to this day more than half of the population suffers from food insecurity.

Rural people know they are vulnerable. A farmer in Ermera municipality we spoke to said:

‘We produce many different sorts of vegetables but there is no supermarket that can buy our produce during the lockdown. At the local market we get just US $0.50 for a kilogram of tomatoes, whereas the larger stores in Dili would pay us US $1.50. During this state of emergency our income has been much less than usual.’

The plummeting price of produce and number of customers left this man, and many others like him, struggling to provide for their families. For Timorese farmers, who already must contend with large families, unpredictable weather and poor soils, this sort of income loss is likely to significantly damage their ability to sustain themselves and continue on with their productive activities. According to government sources in Timor-Leste, 40% of household income is spent on food, and of course all of these impacts are even more serious for already disadvantaged groups such as widows, the disabled and the elderly.

To give credit where it is due, the economic ramifications of COVID-19 have not been completely ignored by government. At the centre of its response has been an economic relief package, which includes a cash transfer of US $200 to each household with an income of less than US $500 per month, as well as electricity credits of US $15 per month. On a broader level, it has also committed to purchasing a three-month reserve of rice and making a US $5 million investment in domestic agricultural production.

Positive as these initiatives are, questions remain as to their adequacy. For larger families a subsidy of US $200 is unlikely to get them very far. Moreover, its distribution has been patchy – people have complained of the money not arriving on time, or at all.

‘We thank for the Government for this subsidy,’ one woman from Baucau told the media, ‘however unfortunately the subsidy arrived late.’ Many people, she said, short on food and money, had been forced to fall back on the assistance of their neighbours and local NGOs.

The announced investment of an extra US $5 million in the agriculture sector is also dubious. According to the Ministry of Agriculture and Fisheries (MAF), 81% of households are already experiencing food and income deficits due to the emergency. Exactly how the extra money will address this situation is not clear. The word tokenistic comes to mind. So does the term terlalu sedikit dan terlambat (too little, too late). In 2019, only 2% of the state budget was to agriculture and a shocking 1% to the water sector. Almost 50% of Timorese children under the age of five still suffer from stunting. The impact of the pandemic is threatening to turn what is already arguably a national emergency into a disaster.

As things stand now the situation is very clear. The Timorese government has to prioritise directly supporting the food security of our rural communities, and by extension the country as a whole. Keeping COVID-19 out only to see people going hungry in our hills will be a Pyrrhic victory at best. The agricultural sector is fragile because of decades of systemic underinvestment, and it won’t be fixed by throwing US $5 million at it. Going forward this also needs to be addressed. Timor-Leste may have won the war against COVID-19, for now, but if people starve, it could certainly still lose its peace.

Li-Li Chen
Dr Li-Li Chen is a lecturer at the Department of Political Science, Faculty of Social Sciences, National University of Timor-Leste.