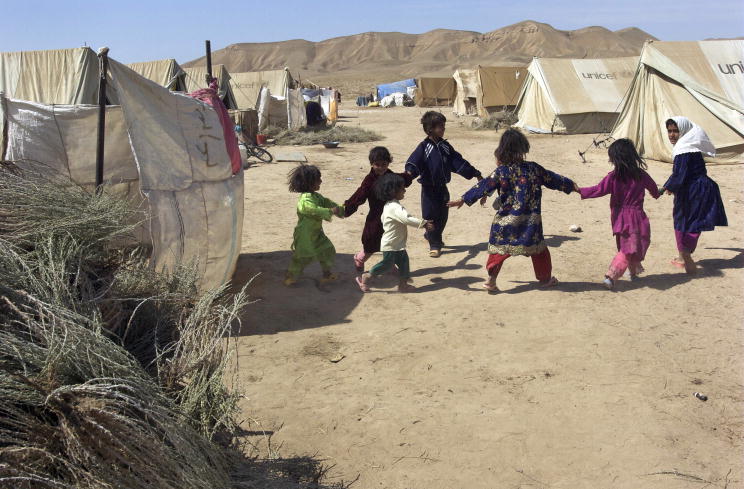 A camp for internally displaced persons in northern Afghanistan 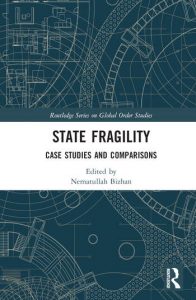 The free-to-download volume State fragility: case studies and comparisons, edited by me, has just been published by Routledge.

Fragile states expose their societies to the risk of meltdown or collapse, endangering the lives of their citizens, and leaving them unable to sustain ordinary life. When this happens, famine, violent disorder and economic distress can displace many millions of people, with consequent impacts on surrounding regions. State fragility can also threaten global security, by providing safe havens for terrorist groups and for drug and human traffickers, and by increasing the threat of disease pandemics and mass migrations.

Presenting case studies and comparisons by leading experts and practitioners across seven countries – Afghanistan, Burundi, Lebanon, Pakistan, Papua New Guinea, Rwanda and Sierra Leone – this new book examines key questions as to the nature of state fragility, policies used to mitigate it, assessment of outcomes, and prospects. It offers a novel empirical contribution by examining a range of distinct but interdependent dimensions of state fragility, not only focusing on questions of state legitimacy, capacity and authority, but also involving the economy, and resilience to political and economic shocks, as well as vital questions of context and diversity.

Examining the seven countries within the context of their different local circumstances, and within broader questions of global security, the book identifies unique factors that have played a part in their specific contexts, and explores key drivers and dominant features.

The book defines state fragility as a situation where the state suffers from deficiencies in capacity, legitimacy or authority, which can also be associated with a weak economy and low resilience to shocks. It focuses on those dimensions of fragility that seem to be proximate causes of fragility and are usually more amenable to policy actions; geography and history, for example, are not particularly amenable to change.

The cases start by analysing the context, and exploring the key drivers and dominant features. Each case study examines the country’s initial conditions, and provides a description of the official strategies adopted to reduce fragility. It also investigates why those particular strategies were selected over other possible approaches, and follows with a description and assessment of the outcomes, and lessons learned. The case studies also discuss the extent to which the different dimensions of state fragility are interrelated, with one aspect compounding another.

Since the emergence of fragile states as an area of great concern in the 1990s, especially in the fields of security and development, the term has evolved to offer a more nuanced understanding of state weakness and its consequences. However, the state-centric approach, which most international institutions have adopted to define or address state fragility, has been criticised for overlooking the role of society and local perceptions of legitimacy. Some scholars have called for a more balanced approach to incorporate nation-building in the process of state-building. The book uses a multidimensional approach to study state fragility, which accounts for state and society.

The book thus demonstrates that a one-size-fits-all approach does not work, even within a particular fragile state. A more nuanced and flexible approach, that is sensitive to institutional, geographical, sectoral and societal needs, is imperative. Fragile states can progress to a more stable polity, as observed in the case of Rwanda; can collapse, as happened in Afghanistan (August 2021); or can even remain stable for an extended period, as has been observed in PNG.

In the conclusion, I discuss the key findings and lessons learned from the case studies, and revisit the concept of state fragility. Based on the evidence presented in the book, I argue that attempts at reducing state fragility need to go beyond a narrow state-centric approach. In addition to state-building, governments need to prioritise nation-building and economic development. As these attempts may work against each other, a thorough understanding is required of the context, and a balance needs to be established between them.

I hope this book will contribute to understanding the drivers and consequences of state fragility, and the complex local politics of fragile contexts. It should be of interest to practitioners working in or studying Afghanistan, Burundi, Lebanon, Pakistan, PNG, Rwanda or Sierra Leone, and also to scholars and students of state fragility.