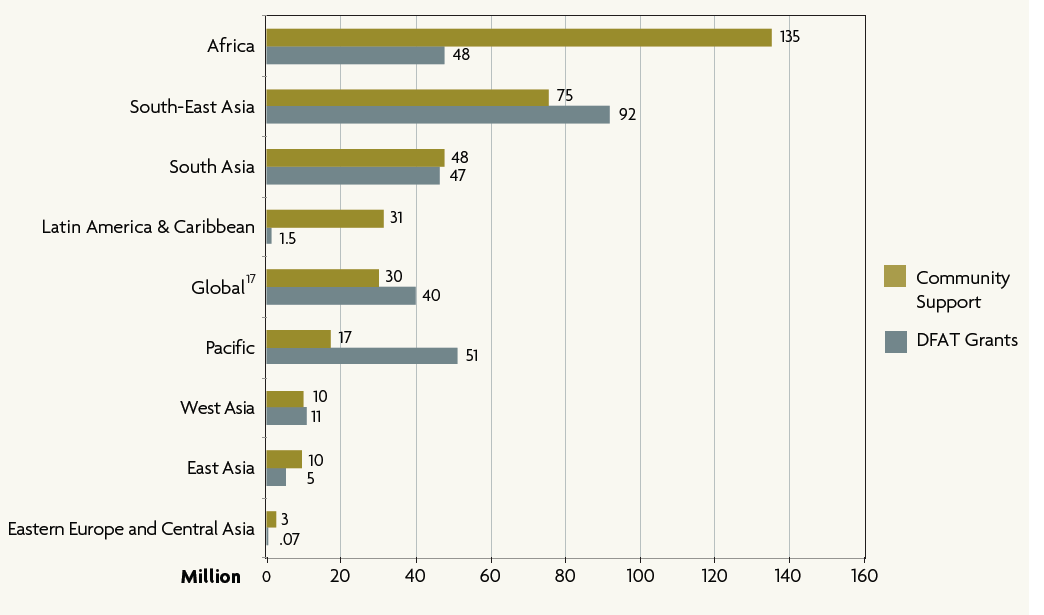 ACFID has released its 2015 Annual Statistical Survey (contained in its Annual Report [pdf]). The survey draws on data collected from ACFID’s membership of 132 Australian aid and development NGOs, for the financial year 2013-14. It is the only survey of its kind in Australia and provides invaluable insight into the work and reach of Australia’s aid and development NGOs.

In this post, we present four key findings from the 2015 survey results.

2. The rise of small NGO

ACFID’s membership has continued to grow over the past year, rising from 126 aid and development NGOs to 132 NGOs. Much of the growth has been in the number of small NGOs becoming signatories to ACFID’s Code of Conduct. 53 per cent of ACFID members were small NGOs, compared to 47 per cent just four years ago. Small NGOs – those organisations with disbursements to international development programs of less than $1 million – are also raising a commensurate level of new funds. This year, small members generated $78 million of total funding, compared to $56 million last year. 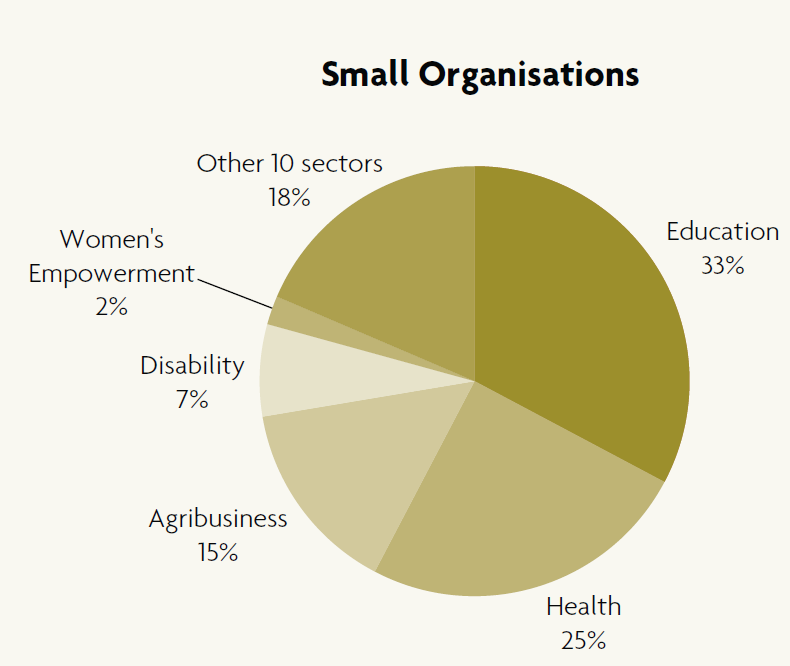 ACFID members reported running aid and development projects in 90 countries around the world. The Pacific region received 11 per cent of funds from ACFID members for more than 450 individual projects by 56 NGOs. ACFID members continue to focus funding and programs in Africa and South East Asia, with both regions each receiving over a quarter of the total funds raised by ACFID members.

The concentration of programming in Africa and South East Asia differs from the emphasis placed by current Australian aid policies and funding. As the graph below shows, funding from the Department of Foreign Affairs and Trade (DFAT) to ACFID members for programs in Africa and South East Asia are a small proportion of the total funds invested. ACFID members continue to run programs in regions of great need with funding from the Australian community.

While ACFID deplores the cuts to the aid program, which contributed to DFAT’s funding shifts away from Africa and Asia, ANGOs’ diversity of aid programming around the world is a significant advantage for the Australian aid program, leveraging community funding to extend the reach of the aid program.

As a result, the aid program has greater flexibility and can quickly scale up in new regions if priorities change, or in the case of humanitarian emergencies. The work of Australian NGOs supports Australia’s networks and expertise on the ground in Africa, Asia and the Pacific and ongoing relationships with partner countries. 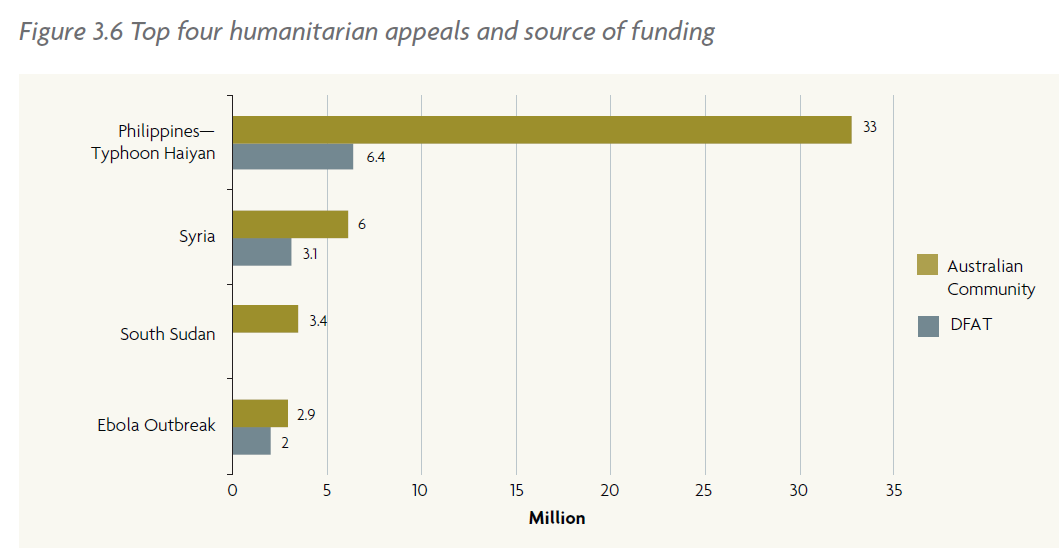 Given the unpredictable nature of humanitarian disasters, year on year trends are difficult to discern. However, ACFID’s data from the last few years reaffirms international trends and indicates that community funding is much higher for rapid onset humanitarian emergencies, such as typhoons, floods and earthquakes, rather than slow onset crises, such as conflict or famine.

This is a challenge for the global humanitarian sector, not just NGOs. Complex protracted humanitarian crises, like the conflict in Syria, soon to enter its fifth year, have significant and complex human development challenges. A lack of consistent funding limits the ability of organisations to build resilience amongst displaced communities and respond appropriately to peaks in conflict and early warning signals.

Priyanka Sunder is the Government and Policy Advisor for the Australian Council for International Development (ACFID).

The 2015 ACFID Annual Statistical Survey is based on data from 112 ACFID members (out of a potential 132) that responded to this survey and from the published annual reports of full ACFID members. This year, ACFID partnered with the Development Policy Centre to collate the data and ensure accuracy. In particular, ACFID is grateful for the assistance of Terence Wood, Research Fellow at the Development Policy Centre.

This blog post has been cross posted with the author’s permission from ACFID’s new blog, which can be found here.