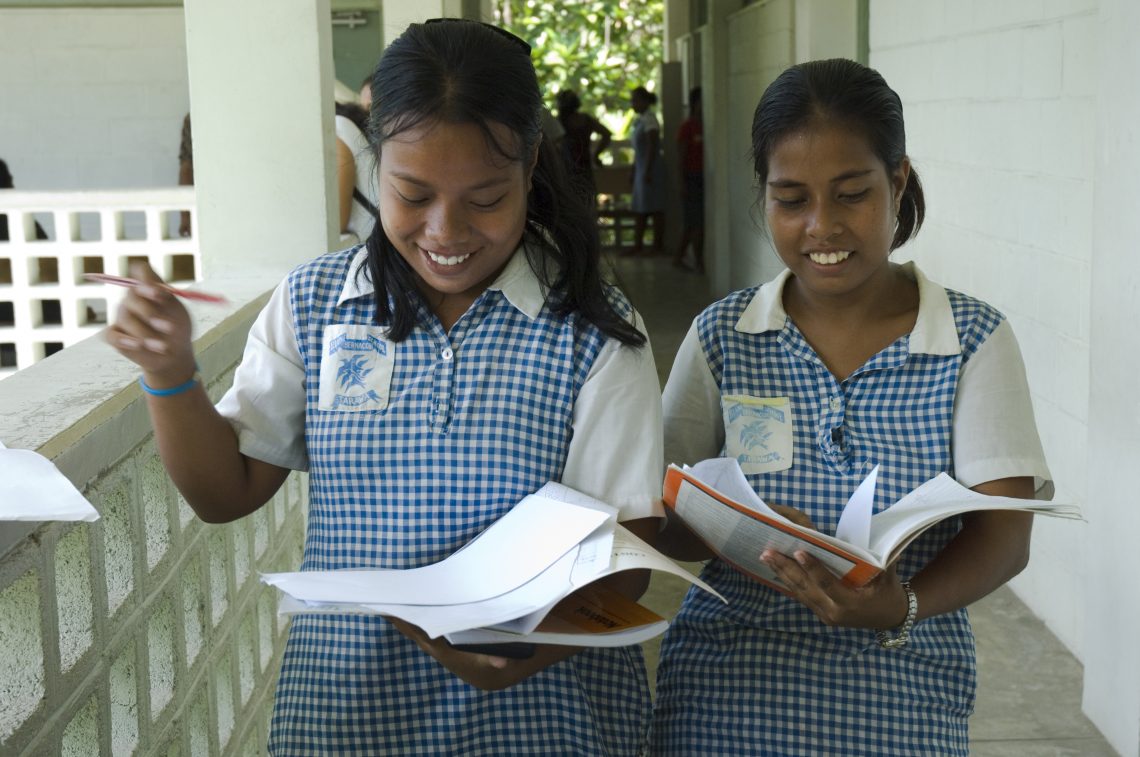 Study in Australia or teach in the Pacific?

By Satish Chand and Ryan Edwards

The Australian Government, through its aid program, has introduced a new Pacific Secondary School Scholarships Program (PSSSP). The scholarship is marketed as ‘a prestigious Australian Government financial award’ that will provide an opportunity for the recipients to earn an international education at an Australian secondary school, thereby gaining ‘the necessary academic and leadership skills to pursue further education, training or employment pathways upon return to their home country or elsewhere in the Asia Pacific region’.

In return, the Australian Government is hoping to ‘deepen education links between Australia and the Pacific’ where the recipients of the scholarship will ‘develop lifelong connections with Australia and their fellow Pacific alumni’. These are ambitious goals, progress on which will probably be tracked as the program is rolled out.

Residents of Fiji, Kiribati, Papua New Guinea, the Solomon Islands, Tonga, Tuvalu, and Vanuatu between the ages of 15 and 17 enrolled in school are eligible for the scholarship. Applications close on 1 March, and scholarships are to be awarded following assessment on the advertised selection criteria.

The number of scholarships to be awarded through this four-year, $66 million program is unclear. It is, however, likely to involve hundreds of students, each one costing Australian taxpayers tens of thousands of dollars a year. Under the quantum of the initial announcement and assuming states and schools are not absorbing any costs, we are looking at $82,000 per student if 200 scholarships are awarded per year or $33,000 if 500 (many times what a teacher earns in Fiji). By contrast, the Schooling Resource Standard base funding for Australian secondary students in 2020 is $14,761 per student. This aid, through the PSSSP, will likely provide additional income to host schools, enrich the cultural composition of the local community, and possibly link host families to their counterparts in the Pacific.

The recipients selected on the advertised criteria are likely to gain an international education funded by Australian taxpayers. Whether this will deepen the links between Australia and the Pacific or lead them to pursue higher education, with a view to returning home to take up leadership positions, remains to be seen. If indeed the case, then lifelong links to Australia by the educated elite in the Pacific are possible.

The question we ask is whether this is the best route to achieving the stated goals of these scholarships. Let’s focus on three specific issues.

1. Will Australia get new/additional students from the PSSSP?

A trickle of Pacific islanders has historically come to Australia and New Zealand for tertiary studies, usually on scholarships provided by the source or host nation. Those who come to pursue secondary education initially did so also on scholarships, but the approximately 6,000 Pacific island children currently studying in Australia are now nearly exclusively funded privately – mostly by their well-to-do parents. The question for the PSSSP is whether it will lead to a noticeable net increase in the number of places in secondary schools that will accrue to Pacific islanders. If a hundred places, as an example, are offered under the PSSSP, then would this lead to an additional 100 students from the Pacific islands in secondary schools in Australia? Yes, but only if none of those likely to come privately do not jump on PSSSP. At worst, if all the PSSSP places are taken up by the existing privately funded students, then the net gain to PSSSP would be zilch. Although the program says it will give preference to students from rural areas, an ‘independent, merit-based selection process’ will likely favour the rich and, with weak income and poverty measurement across the region, effective means testing or targeting is unlikely. The program could thus generate little additionality, subsidise the well-off, and exacerbate inequality.

2. What will the PSSSP cost?

The cost of the PSSSP can be measured in two ways. First, the financial cost of tuition, accommodation, airfares, and other program expenses for the recipient, likely tens of thousands of dollars each year. Second, the aggregate opportunity cost. As the aid budget is fixed in dollar terms, PSSSP must draw funds from other programs. We need to know what the PSSSP has displaced and the cost of displacement to assess the PSSSP’s value for money.

3. What are the non-pecuniary costs of the PSSSP?

PSSSP, if significant in size and effective in selecting the best and the brightest of the Pacific, will deplete local schools of their cream. This could adversely affect the performance of students left behind and the morale of local teachers. Placing children as young as 15 into a foreign country among strangers may also not be in the best interest of the child or their parents.

Teach for the Pacific as an alternative

While this is not the place for spelling out the full details of ‘Teach for the Pacific’, let us highlight just five key features.

(i) The program would be a two-way exchange for the best teachers across the Pacific to teach abroad for three years. Pacific islander teaching graduates (possibly through Australia Awards) could apply for placement in Australian schools, and recent Australian teaching graduates and experienced (and retired) teachers could apply for placement in the Pacific. These two-way flows are likely to achieve the stated goals of the PSSSP, particularly strengthening leadership skills (with a view to training and mentoring future principals) and improving educational outcomes for more students. A proportionally higher flow to the region could alleviate any ‘brain drain’ concerns.

(ii) Recruits would be selected on merit and required to return home for a period equal to their residence abroad, as is standard with other Australian scholarships.

(iii) Remuneration would be that of a local teacher, funded from the aid budget.

(iv) Benchmarks would be created with respect to student learning, placement, and the set goals of the PSSSP, to monitor progress over the life of the program and beyond.

(v) Schools would be randomly assigned into ‘Teach for the Pacific’, PSSSP, and neither (i.e. the control group) to allow for evaluation of the programs.