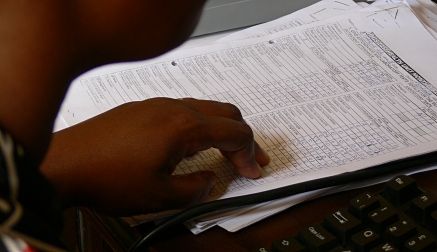 As governments in developing countries across the world continue to dedicate a large share of their budgets to expenditure on essential services like health, roads and education, it is important for governments to be able to assess how well these services are being delivered. To collect and analyse this information, governments task particular agencies with undertaking monitoring and evaluation of government services, including reporting back to government where changes or improvements need to be made. If this analysis works well, it can provide a valuable feedback mechanism for governments to assess areas of need in the provision of services, and to direct future budget resources to improving these areas. However, if these activities are poorly coordinated, or do not generate improvements to government services, using public funds for M&E activities can quickly become an inefficient and ineffective form of government expenditure.

Here in Uganda, where I am an ODI Fellow in the Ministry of Finance, Planning and Economic Development, the Government has invested significant financial and human capital in monitoring and evaluating the essential services it provides. Across government, a wide range of agencies in both central and local governments have been assigned responsibility for M&E of government services. After travelling to the delivery site of a service, monitoring teams then present their findings in a report to their relevant Minister, with recommendations to be followed through in Cabinet.

However, at present the system does not always perform well, for two main reasons. Firstly, the M&E network is highly fragmented across government, with significant inefficiencies and overlapping M&E activities – in a recent example, a health clinic in a remote area was visited by two monitoring teams on the same day, from the Ministry of Health and the Ministry of Finance, and the two teams were not aware that the other would be visiting. A recent assessment of monitoring teams within government by the Ministry of Public Service indicates that at least twelve central government agencies have some role in conducting monitoring of public service provision. As well as duplicating their field visits, government agencies also do not share the information they have collected with other agencies within the government, or released publicly, meaning that data quality is reduced and potential economies of scale are not realised. The second issue in the performance of the M&E system is that the recommendations made to government and ministry leaders following the completion of field visits are not always followed up or acted upon, meaning that there are not always tangible improvements being made to services as a result of all the M&E activity being undertaken.

Donors are also having an impact on the success of the government’s M&E system, through two main channels. Firstly, donors have in the past contributed to the establishment of new or stand-alone M&E units in government, often in conjunction with broader PFM reforms or governance activities in support of improved transparency. These units, particularly if they are located in a central agency of government, often duplicate existing M&E units and can occasionally supersede their role. A clear example of this is the creation of the Budget Monitoring and Accountability Unit in the Ministry of Finance, which was established as part of a broader suite of PFM reforms with the aim of providing high-quality monitoring and analysis of government services – but which exists is in addition to numerous other similar teams in the sectoral ministries, Office of the Prime Minister, and the Inspectorate-General of Government. While the quality of the analysis produced by BMAU is high, its creation is nonetheless contributing to the overlapping and inefficient nature of the M&E system.

The second way in which donors are affecting partner government M&E systems is that donor agencies that deliver aid directly through projects tend to establish their own M&E system for their particular project, rather than working with the existing M&E system that is in place in the relevant government ministry. The results of these M&E activities may be shared with the ministry, but in general the monitoring visit or evaluation take place outside the existing government system. For example, a recent donor-supported project working to improve the distribution systems for antiretroviral medications to health posts throughout Uganda was monitored and inspected by members of the donor’s project team, including some who travelled from the donor’s home country specifically for this purpose. This duplicates the monitoring of health posts already being undertaken by the Ministry of Health, and misses the opportunity to work with the Ministry to strengthen its existing M&E procedures.

There is an important challenge here for donors, however. On the one hand, by channelling the M&E of the projects they are funding through partner government M&E systems, donors can support capacity improvements to the M&E systems being run by partner governments. On the other hand, if those partner government M&E systems are not performing well, donors may not be able to gain sufficient information to assess whether the projects they are supporting are achieving their goals. However, in the same way that channelling donor funds through partner governments’ budget processes can give donors the opportunity to support improvements to those processes, working through partner governments’ M&E systems can likewise have long-term benefits for improving the quality of those M&E systems. There are several mechanisms donors can utilise in order to support improvements to M&E practices, such as providing training programs on good M&E practice, conducting joint monitoring visits to the field, establishing mentoring arrangements with donors’ M&E experts, or developing improved M&E guidelines and tools for use by partner-government officials. Donors can support partner governments to create clear and concise frameworks defining which parts of government are responsible for M&E and how this will be undertaken, as well as defining how recommendations that arise from M&E will be implemented or followed up. Donors can encourage government agencies to share information across government or, ideally, to release M&E results to the general public for better accountability. Donors can also resist establishing their own stand-alone M&E teams that work outside the partner government’s own system, and avoid establishing new M&E units or teams that duplicate the roles and mandates of those that are already established.

Overall, donors can play an important role in assisting the governments they work with to develop well-defined, organised and effective M&E systems that will provide those governments with a solid information base to make future policy decisions. By learning more about which services are performing well and which are in need of improvement, both governments and donors can work towards essential services that successfully meet the needs of the community.

Christine van Hooft
Christine van Hooft is an ODI Fellow in the Ministry of Finance, Planning and Economic Development in Kampala, Uganda. She previously spent six years at AusAID in the Pacific Economic Growth team and then more recently on posting in Jakarta, working on Public Financial Management.