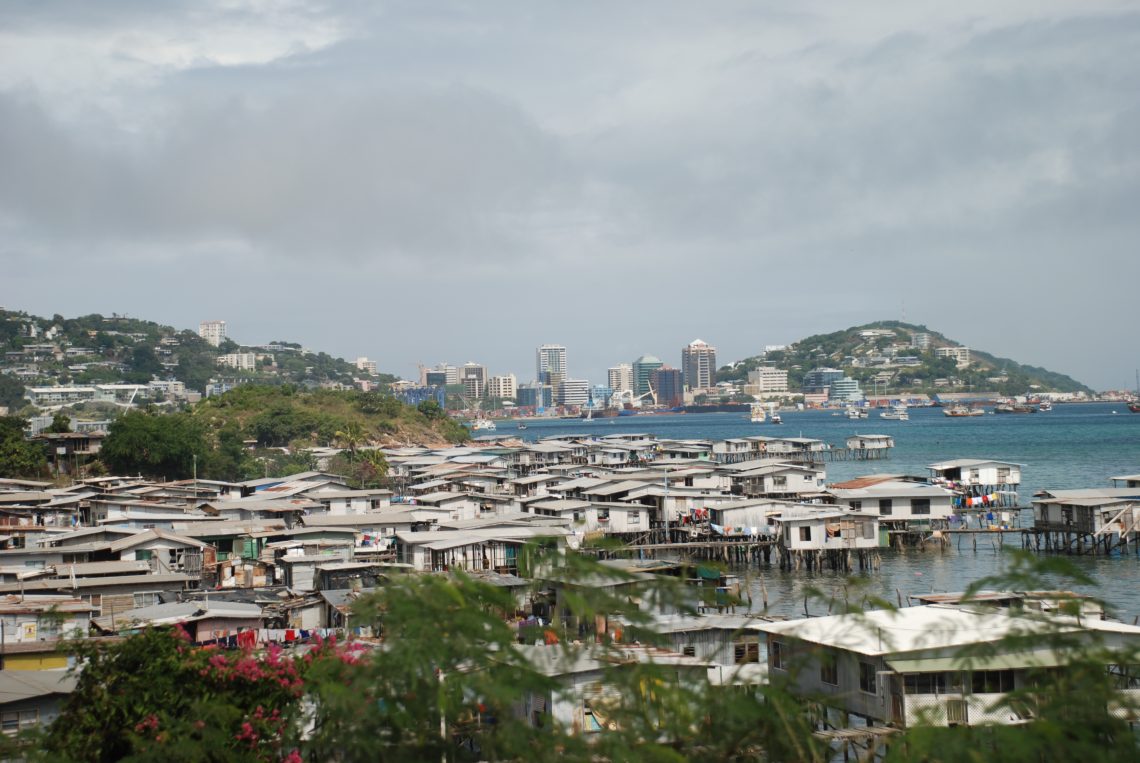 ‘Take Back PNG’: Prime Minister Marape and his audacious vision for PNG

The contentious reign of Prime Minister Peter O’Neill ended on 30 May 2019 with the election of James Marape as Papua New Guinea’s (PNG) new Prime Minister. Since his elevation to Prime Minister in 2011, O’Neill proved an effective tactician, overcoming numerous attempts to unseat him through the parliament, in courts, and on the streets through protests. While O’Neill deserves credit for significant infrastructure developments and hosting of international events that arguably brought prestige to PNG, his legacy, like many of his predecessors, is shrouded in controversy.

The election of Prime Minister James Marape occurred amidst a political climate clouded by concern that the nation would continue on a negative trajectory. In response to the country’s difficult circumstances, Marape’s appointment demanded three tasks of him. First, to stabilise a divided government; second, to establish himself as a transparent and approachable national leader, including reassuring citizens of a break with the practices of the O’Neill government; third, to set a new direction for the country.

Marape achieved the first task – stabilisation – by forming a highly inclusive ministerial team. The ministerial team is composed of outspoken MPs from the Opposition, as well as representatives from almost all the political parties, including that of Peter O’Neill.

As for the second task of establishing himself as a transparent and approachable leader, Marape, to date, has applied a number of different strategies. One significant undertaking was to promptly invite the Ombudsman Commission to table the report into the UBS Loan that implicated both Peter O’Neill and Marape himself, in Parliament. The O’Neill government suppressed the report. Marape, on the other hand, welcomed the report and has even promised to resign if the forthcoming independent Commission of Inquiry (COI) finds him to have acted illegally. Some felt the Ombudsman Commission’s report was adequate and have questioned the need for a COI. However, the report focuses on the conduct of public officials. Marape has deemed a COI necessary to expand on the findings in the report to include other parties involved, such as overseas banks and private entities.

Another significant way Marape has distinguished himself from his predecessors is the way in which he engages with citizens – both rural and urban. Unlike the previous government which propagated a lot of its communication through print media backed by crafty Australian media advisors, Marape communicates through his personal Facebook account in a raw, yet genuine and simple format. He provides opportunities for people, even in villages with mobile phone connectivity, to interact with the Prime Minister of the country.

In setting a new direction for the country, Marape has embraced the motto ‘Take Back PNG’ – a motto first coined by Governor Gary Juffa of Oro Province – pledging to make PNG ‘the richest black nation’. At first glance, these slogans appear controversial, extremely audacious and almost impossible. In response to critics, Prime Minister Marape indicated that the underlying mission of his government is to take PNG back from the various forces that have undermined the country’s potential and have disrupted its progress. Marape’s ideology to ‘Take Back PNG’ is therefore a call for PNG to undergo a social, economic and political self-assessment, reforming people’s self-esteem and attitudes, institutional cultures, and governmental operations.

Marape is not alone in envisioning such a direction for PNG. The founding fathers of the PNG Constitution, the Constitutional Planning Committee (CPC), in their quest to depart from the grip of colonialism, had a similar view when drafting the country’s Constitution (1972-74). Etched into the opening pages of the Constitution are the National Goals and Directive Principles that urge the government to drive their own development. The CPC entrusted governments to operate in a manner that promotes the people’s wellbeing, autonomy and full participation, and to ensure the country is self-reliant and free from “dependence upon or influence by any country, investor, lender or donor”. It further insisted that the country deal with natural resources in an equitable and sustainable manner.

These founding intentions are reflected in Marape’s conception of ‘Take Back PNG’ with a focus on increasing the productivity and oversight of government institutions, and reviewing laws in the resource sector in order to maximise gains for the people and to see PNG transformed into ‘a food basket of the Asia-Pacific region’, moving away from its current over-reliance on the unsustainable mining and petroleum sectors.

Marape’s vision has been unsettling for some, especially those who are used to dealing with complacent Papua New Guinean bureaucrats and political elites. For others who have preconceived notions of the country and its leaders, Marape’s vision may appear idealistic.

A key reason for Marape’s visit to Australia was to respond to these doubts and clarify any concerns Australia may have with his vision. He did that consistently throughout his six-day tour. Australia is the largest aid donor and investor in PNG, and it was important for Marape to gain Australia’s appreciation, support and understanding for his vision early on. For Australia, the onus now is to support a visionary leader in Marape without precondition, including negotiations regarding the Manus Island refugee centre and dragging PNG into Australia’s concern for China’s interest in the Pacific.

The dust of political uncertainty is starting to settle. With O’Neill on the sidelines and Marape boldly projecting his vision for the country, the people of PNG are ‘believing’ again – believing in their capability to contribute to the country, believing that their government has their best interest at heart, and believing that those who have wronged them will be brought to justice.

For Marape, having people believing in his vision is an important first step. The expectation now is to see some bold action, especially on the issues created by the previous government and against those responsible. Some pressing issues to consider include the downturn in the economy, the need to boost anti-corruption efforts and the need to review the laws and procedures governing the extraction of natural resources.

At the regional and international level, Marape will be assessed for his leadership on climate change and for his approach to closing the Manus Island refugee centre. Early signs from Marape suggest that these two issues will be looked at from a moral standpoint – a welcome sign for many in the region.

Marape has less than three years to go before the next general election, which may limit his ability to make substantial progress in realising his vision. More pressingly, Marape has until November 2020 before his leadership is open to challenge under the vote of no confidence scheme. These circumstances may require Marape to be strategic, however, they are not limitations to his vision.

The founding fathers of the PNG Constitution counseled in their 1974 CPC Report that “[w]e leaders and people must know where we want to go before we can decide how we should get there”. It was a call for a bold vision for the country and to work hard towards it. Marape’s vision appears to firmly resonate with the wishes of the country’s founding fathers. The challenge going forward is for the government to make prudent decisions and for the people, and those who have an interest in the country, to contribute meaningfully towards achieving Marape’s audacious vision for PNG.