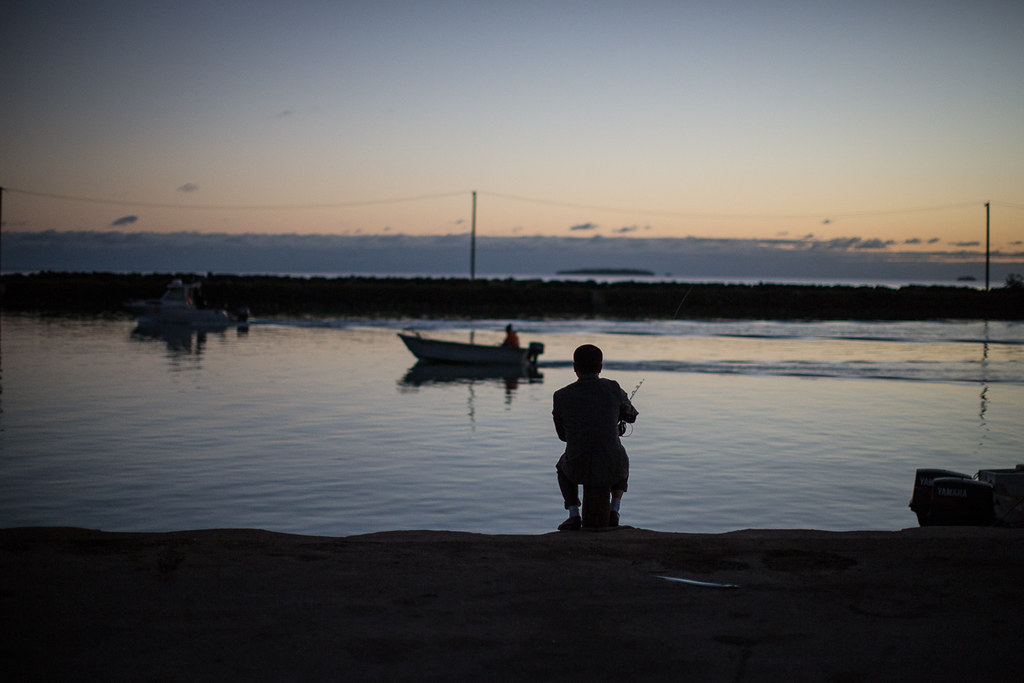 As noted in my previous blog, since the restart of Australia’s Seasonal Worker Programme (SWP) and Pacific Labour Scheme (PLS) in September 2020, some 6,798 SWP workers and 2,731 PLS workers have arrived to end July 2021. 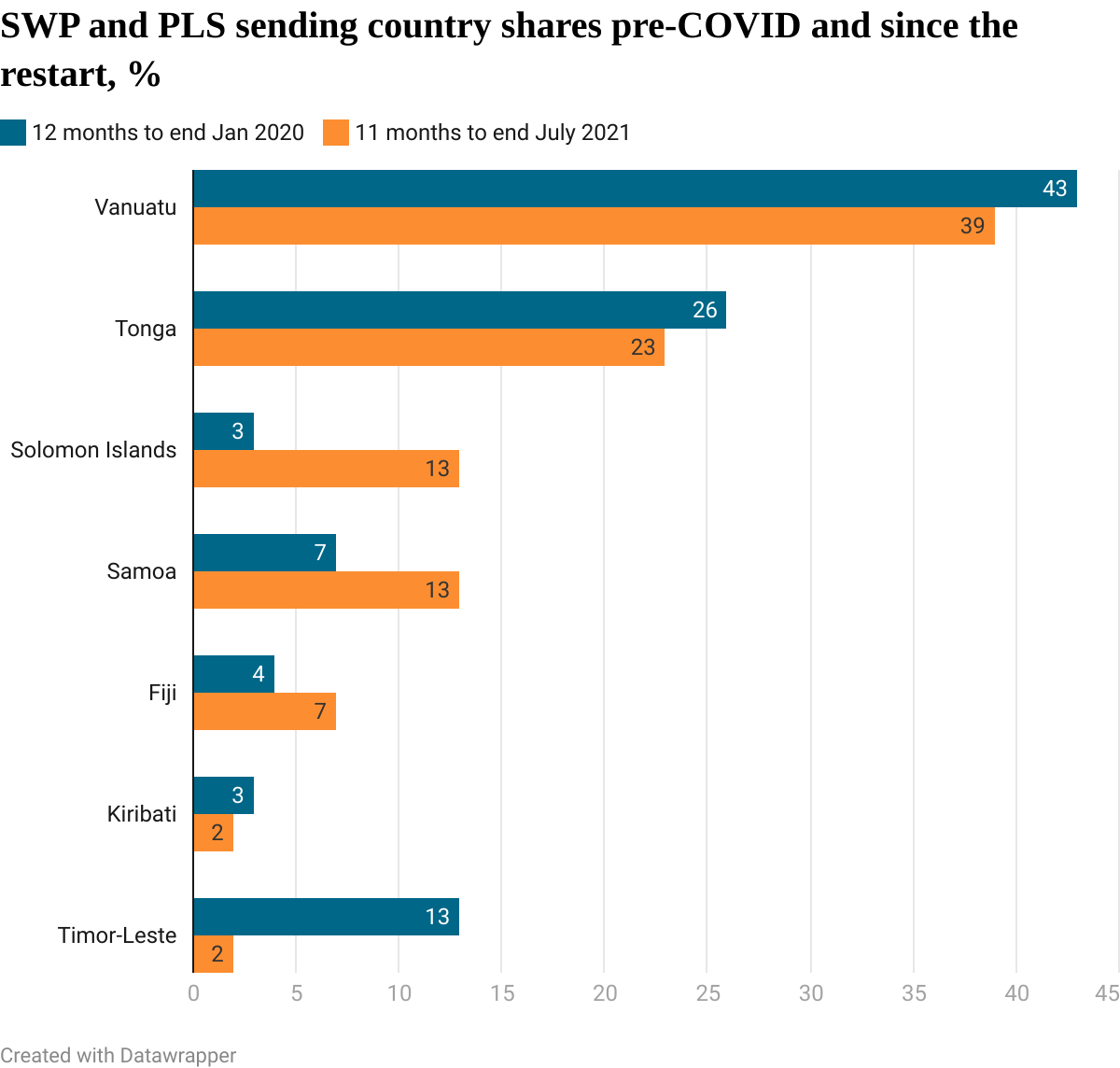 Vanuatu’s share of both SWP and PLS workers has decreased from 43% in the immediate pre-COVID period to 39% since the restart. Tonga, also a major sending country, has seen its share fall from 26% pre-COVID to 23%. The countries that have increased their share in the restart period are Solomon Islands (from 3% to 13%), Samoa (from 7% to 13%) and Fiji (from 4% to 7%). Timor-Leste has been the biggest loser as a sending country (from 13% to 2%). Kiribati has a slightly lower share of its already low share (3% to 2%).

Timor-Leste has only experienced modest COVID-19 outbreaks (according to WHO data, its mortality rate of 2.12 per 100,000 compares with Australia’s 3.67 per 100,000). However, its land border with Indonesia is deemed a major risk factor.

The fall in Vanuatu’s share may be to do with SWP employers seeking new workers from other countries, perhaps due to an over-reliance in the past on Vanuatu as the major source country.

Despite zero COVID-19 cases, Tonga’s declining share of SWP workers is due in large part to a state-level decision to ban Tonga sending workers to Tasmania, and hence to Victoria. As Tasmania provides SWP quarantine facilities for Victoria as well, approved employers in both states cannot employ workers from the second largest SWP sending country.

A Pacific Beat report on 23 August indicated that the Commonwealth Health Department reclassified the country ‘red zone’ in March, after it was assessed on its COVID-19 preparedness. There were two intakes of 300 Tongan SWP workers to Tasmania without incident since the resumption of the SWP in September 2020; the most recent intake was in January 2021.

Several problems can be identified with Tasmania’s ban on Tongan workers. One is that no other state or territory has banned Tongan SWP workers. This is shown by the fact that between 1 April and 30 June 2021 some 901 SWP Tongan workers arrived to work in other Australian states, according to the Department of Home Affairs statistics on temporary entrants. This is confirmed by the Tonga liaison officer in Australia.

The next harvest season for Tasmania will start in November and go through to April. This means that SWP approved employers should have started by the end of August the extended process required by both the Australian and Tongan authorities to ensure that workers arrived on time.

No public announcement is available to confirm the ban, either on the website of the Tasmania Department of Health or the Tasmanian government coronavirus website. Despite formal requests for the reasons, no explanation has been provided to the Tongan High Commission or to the Ministry of Health in Tonga.

In a recent blog, Charlotte Bedford discussed sending country access to New Zealand’s Recognised Seasonal Employer (RSE) program where workers from Tonga, Samoa and Vanuatu would be able to bypass expensive managed isolation and quarantine requirements to start work directly after they arrive.

I have argued elsewhere that Australia and its states should follow New Zealand’s example. In that regard, I note a new report by University of Melbourne public health specialists that uses modelling of potential infection rates from high- and low-risk countries to show that Australia “can already safely and strategically open or relax borders (sic) restrictions with select low-risk countries.” The report argues that by utilising tools, such as pre-departure testing and vaccination, in the low-risk sending countries, Australia “could now safely accept arrivals without hotel quarantine from some selected low-risk countries.”

Whether or not that shift happens, it is obviously important that decisions about international borders be made transparently, especially when they are made at the state level.

The Tongan High Commission has not been informed of the reasons for the ban and the changes needed to have the ban lifted.

There are many questions to be answered. A different, more transparent approach is needed. When federal or state public health officials make decisions without explanation, which have a major effect on our sovereign neighbours, surely our national interests are being harmed.