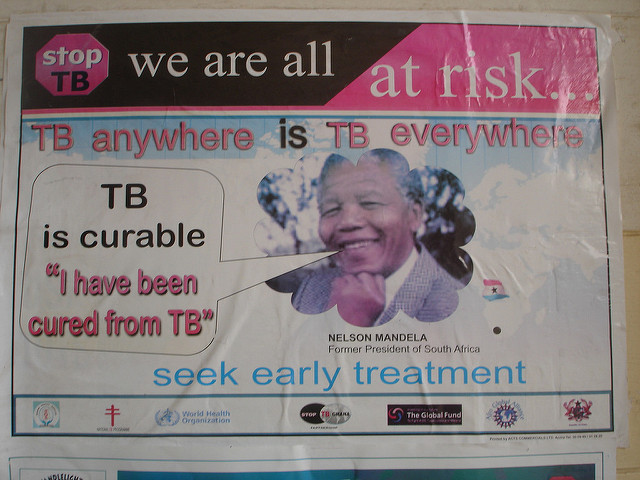 ‘TB anywhere is TB everywhere’: Australia and the global burden of tuberculosis

By Kerri Viney and Michelle Imison

The global burden of tuberculosis

In October the World Health Organization released its annual global tuberculosis (TB) report. Based on data reported by 202 countries, it highlights the fact that the TB epidemic is larger than previously believed, due to revised estimates from India.

The report reveals that the global TB burden is daunting – both in scale and implications. In 2015, there were an estimated 10.4 million cases of TB, 5.9 million (56%) of them in men and 1 million (10%) in children. TB is also the world’s top infectious disease killer, with 1.8 million TB deaths in 2015, 0.4 million of these among people living with HIV. Approximately 60% of the world’s TB cases occur in just six countries – India, Indonesia, China, Nigeria, Pakistan and South Africa – with China, India and Indonesia accounting for 45% of the global burden. Progress in TB control in these countries will likely determine the future course of the epidemic.

The number of TB-related deaths has fallen by 22% between 2000 and 2015, with an estimated 49 million deaths averted. While the global TB incidence rate is declining – by about 1.5% per annum – this is not sufficient to meet internationally-agreed goals to end the global TB epidemic.

In 2015 almost half a million people had multi-drug resistant (MDR) TB, resistant to at least two of the most powerful TB drugs. Current treatment regimens for drug-resistant forms of TB are lengthy and toxic, and patients often have poor outcomes. However a shorter regimen was approved by the World Health Organization in May 2016, and promising new, less toxic treatments for drug-resistant forms of TB are on the horizon. In addition, approximately 1.2 million TB patients were also living with HIV (11% of all new TB cases), indicating the significant link between these two diseases.

What is being done about it?

Ending the global TB epidemic will be a major focus for the next twenty years as it is a key objective of the Sustainable Development Goals (under SDG3). Aligned with the SDGs, the End TB Strategy, which was approved by the World Health Assembly in 2014, represents a paradigm shift: it no longer speaks of controlling TB but of eliminating it as a public health problem. This shift is reinforced by three very ambitious targets to be achieved by 2035: a 95% reduction in mortality, a 90% reduction in TB incidence and zero “catastrophic costs” for TB patients and their families. The inclusion of patient costs reflects a renewed emphasis on social protection and universal health coverage, and the importance of both of these to reduce the global burden of TB. There are significant investments into TB research and development globally, however large gaps in funding remain and in the period 2011 to 2015 only one-third of TB research funding needs were met.

Australia is home to a number of organisations and people working to end the TB epidemic, locally, in our region and globally. The University of Sydney houses the TB Centre of Research Excellence, a group of leading Australian researchers with strong international collaborations who are undertaking policy-relevant TB research in the region. The Australasian TB Forum is a grouping of researchers, clinicians, policy-makers and advocates working to bridge the gap between knowledge and implementation for TB elimination in the region, and the Australasian Clinical Tuberculosis Network conducts applied research that contributes to the regional TB elimination agenda. In addition, DFAT funds several TB-related Product Development Partnerships: public-private funding mechanisms that focus on TB vaccine, drug and diagnostic development.

Australia also has strong domestic advocacy support and political engagement on this issue. Organisations such as RESULTS International (Australia), Médecins sans Frontières Australia and Policy Cures advocate on a range of issues related to TB funding, prevention and care. Importantly, politicians are also engaged; the recent formation of the Australian TB Caucus, chaired by the Hon. Warren Entsch MP and the Hon. Matt Thistlethwaite MP, attests to this. The Australian Caucus is part of the Global TB Caucus, a network of some 2000 politicians in 120 countries dedicated to ending TB.

As the latest Global TB Report shows, the TB epidemic is large and foreboding, but there is a bold and ambitious global strategy to end it. Australia is making a valuable contribution to this goal, but greater investment is needed to achieve the ambitious goals of the End TB Strategy.

Note that the opinions expressed in this blog post represent personal opinions and are not necessarily representative of the organisations for which the authors work.

Kerri Viney
Kerri Viney is a Research Fellow at the Research School of Population Health, ANU and is the Chair of the Australasian TB Forum. Kerri is a researcher, epidemiologist and tuberculosis (TB) consultant, with a background in international public health. Prior to joining ANU Kerri worked as the TB Adviser for the Secretariat of the Pacific Community (SPC) for five and a half years.

Michelle Imison
Dr Michelle Imison is the Global Health Campaign Manager for RESULTS (Australia) Inc. and is the Chair of the Australasian TB Forum’s Advocacy Sub-committee.