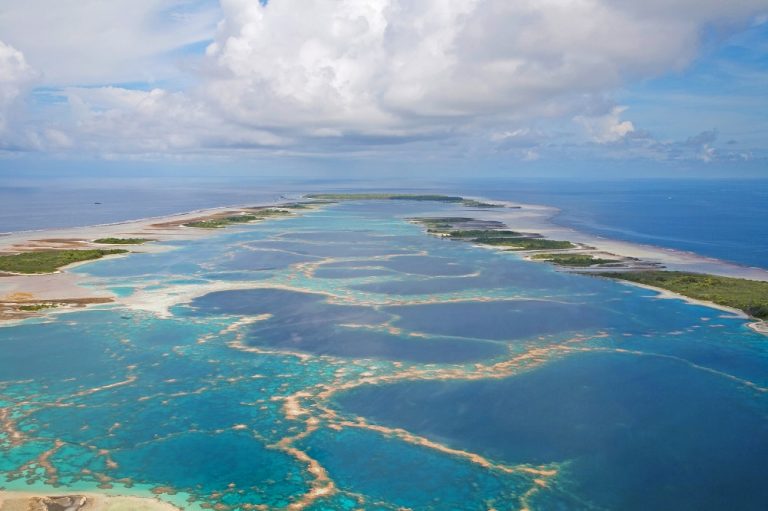 As an atoll country, Kiribati is vulnerable to climate change and environmental degradation which, together with a high rate of population growth and urbanisation, make the very survival of the country dependent on increasing migration opportunities. While former President Anote Tong supported the permanent relocation of skilled I-Kiribati under the Government’s “migration with dignity” policy, recent opportunities in Australia and New Zealand have largely been limited to seasonal and temporary labour migrants (with the exception of migration to New Zealand under the PAC scheme). In Australia, opportunities exist mostly for agricultural workers under the Seasonal Worker Programme (SWP) and for tourism workers under the recently introduced microstate visa. They are examples of “managed migration” flows where sending and receiving country governments organise and manage the schemes which are driven by employer demand.

A lot has been written about the economic benefits for migrants (and sending countries like Kiribati) including the opportunity to earn a wage income, send remittances, develop new skills, and transfer these back to the sending countries. In the following discussion, I draw attention to some of the potentially less positive aspects of temporary and seasonal labour migration. The discussion draws mostly from the experience with the SWP, in which the number of I-Kiribati participants has been low: a maximum of 35 participants in 2011 and fewer than 30 participants in all other years since 2008.

Kiribati’s Ministry of Labour and Human Resource Development (MLHRD) is responsible for managing Kiribati’s participation in the SWP for the Government of Kiribati (GoK). MLHRD maintains a Work Ready Pool (WRP) of prospective seasonal workers for the SWP (and the equivalent scheme in New Zealand, the Recognised Seasonal Employer scheme). The WRP was established in 2007 through a quota system in which each island was invited to nominate two percent of their population aged between 18 and 45. The selection process places a heavy emphasis on geographic equity and is based on the GoK’s development priorities. However, the selection process is hampering Kiribati’s ability to provide the best workers as candidates tend to be selected on the basis of it being ‘their turn’ rather than their appropriateness for a specific role. In addition, given the aim of geographic equity, opportunities for return workers have been limited. The SWP is employer-driven and employers prefer workers who meet their requirements, are productive, and are able to return in the next season. The reliance on a process of fairness is therefore one of the major factors hindering an increase in the number of I-Kiribati workers being engaged in Australia.

In addition to low participation numbers from Kiribati in general, there were several years when not a single woman from Kiribati participated in the SWP, although women in Kiribati are typically better educated than men, and participate at almost equal rates in paid domestic employment. Again, the employer-driven nature of the SWP means that greater gender equity is impossible to enforce.

All over the world, temporary and seasonal labour migrants often work in low-paid and risky jobs that are undesirable for the local population, and Australia is no exception. In order to address the precarious situation of labour migrants, the ILO developed the ILO’s Multilateral Framework on Labour Migration of 2006 setting out principles and guidelines for a rights-based approach to labour migration. While managed migration flows like those under the SWP are generally performing better in regards to rights at work than non-managed flows that occur without government interventions, rights at work have not always been guaranteed under the SWP.

Rights issues revolve around the lack of family reunification, and visas that are tied to specific employers which expose workers to great levels of dependency and risk of abuse. As a consequence, there have been instances of SWP workers keeping quiet about not being paid correctly, not being paid for sick days, having higher deductions from pay than agreed upon, and other breaches of their contracts. Although the scheme is relatively regulated compared to the rest of the Australian horticultural labour market, sometimes working conditions are hazardous and injuries which occur at work are not always reported. There are no reliable statistics on work injuries and the denial of work rights. Only the most extreme cases are reported in the media such as a recent report in the Sydney Morning Herald on labour hire firm MADEC, Australia’s largest user of the SWP, pressuring workers to quit the National Union of Workers. Another report likened working conditions under the SWP to slavery.

With Australia’s aged-care industry expected to become an important employer for Pacific migrant workers, rights at work issues may become more immediate especially if aged-care is provided in homes, where workers are isolated from one another and where there is little control of working conditions.

The social costs for many temporary and seasonal labour migrants are high and often result from family separation. In the case of Kiribati, the social impacts of labour migration have been documented in the case of seafarers, which represent Kiribati’s largest temporary labour migration outflow.[1] The effects of family separation and the psychological impacts on migrant workers, their spouses and children are often severe and have led to family break-ups. In the case of seafarers, the documented impacts include gender violence, unsafe sexual practices while abroad, destructive behaviour upon return home, such as alcohol abuse, difficulties to reconnect with wives and children, and passing on of STDs and HIV infections to partners.

The Australian Government generally emphasises the development benefits of the SWP for the Pacific sending countries (see, e.g., the information provided on the Department of Employment’s website). However, this overlooks the potentially adverse social impacts of seasonal and temporary migration, the fact that rights at work are sometimes breached, as well as the development objectives of the Pacific sending countries. Migrants are primarily looked at as tools for the development of their countries rather than as individuals with rights to choose their way of life and their way of making a living, and as individuals who have families that are impacted by their absence.

If the Australian Government was serious in supporting the development of Pacific island countries through the SWP, it could be argued that the SWP should not be solely driven by employers’ needs. Instead, mechanisms could be found to take into account the development objectives of sending countries like Kiribati such as geographical equity. In addition, the development outcomes of the SWP would arguably be greater if more women participated (women are more reliable remitters than men), and if nobody in regular employment and above a certain skill level participated (it is more difficult to replace such workers during their absence).

The adverse social impacts for migrant workers and their left-behind families could be lessened if either families were allowed to join the migrants, or if the number of return visits to Australia was limited to a certain number of seasons so that the same worker would not be absent repeatedly. This would also reduce the risk of increased social inequalities between participating and non-participating households. However, this is in direct conflict with employers’ demands for return workers.

At present, all Pacific island governments want to see an increase in participants in the SWP from their countries and large numbers of Pacific islanders are keen to participate in the scheme for as many seasons as possible. Given the potentially adverse impacts discussed in this paper, what is therefore needed is debate in the sending countries that goes beyond the economic impacts and also accounts for social and gender impacts, rights at work and the international legal context of labour migration. Pacific governments would then be able to make informed decisions as to their approach to seasonal and temporary migration, rather than continue to ask for the largest possible number of participants across as many industries as possible. The focus might well shift to prioritising the protection of rights at work and social rights of the migrants and their families.

Currently no model exists that ensures rights at work and takes into account the development priorities of sending countries and the social impact of temporary labour migration. However, this does not mean that the Australian Government cannot increase efforts to develop and adopt such a model. As a start, it would be helpful to broaden the debate in Australia about Pacific labour migration, which currently is largely confined to economics, to also consider the broader global debate on temporary labour migration and international legal mechanisms to enhance migrant workers’ social rights and rights at work.

[1] Secretariat of the Pacific Community, 2003, Pacific Island Seafarers: A study of the economic and social implications of seafaring on dependants and communities, Suva: SPC