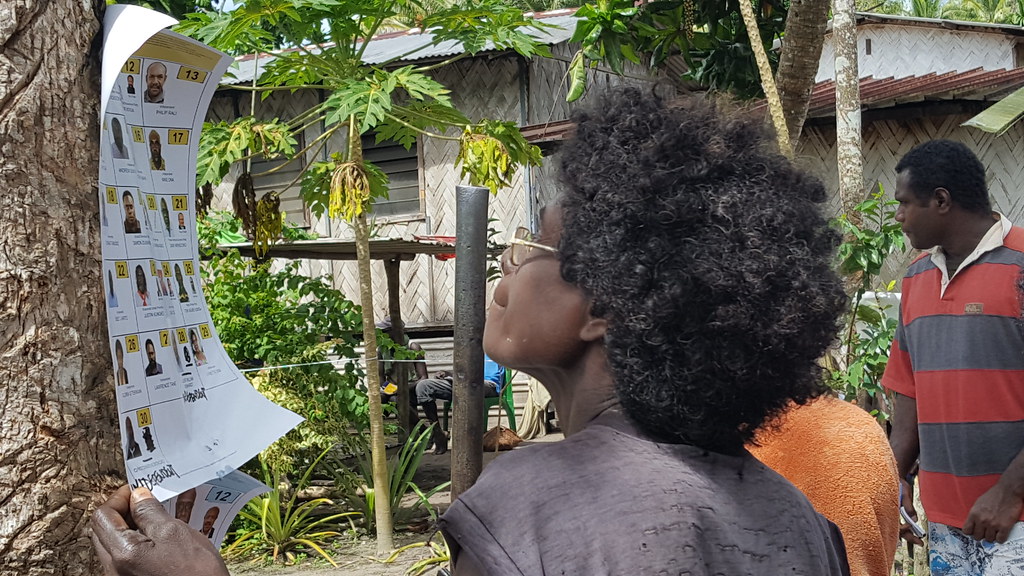 This is the second of a two-part blog mapping the long and slow journey of temporary special measures (TSM) in PNG – measures designed to increase women’s participation in politics. This part brings the journey up to date, and speculates on the uncertainty remaining around TSM as the 2022 election approaches.

In March 2021, a Special Parliamentary Committee on Gender-based Violence (SPC-GBV) was established, with the support of UNDP and the European Union. The work of the SPC-GBV has been extended to include the TSM agenda.

The current TSM work began with an online survey posted on the SPC-GBV Facebook page to gauge the view of the public. The extent to which this process reached the wider public is questionable, when internet access is a luxury enjoyed by a minority of Papua New Guineans. Nevertheless, after a week or so of the survey being online, the committee announced its proposal for five regional seats to be reserved for women. The five regions are as follows: Southern or Papuan region will be split into East Papua (Milne Bay, Oro, Central and National Capital District) and West Papua (a problematic name for Gulf, Western, Southern Highlands and Jiwaka); the Highlands region (Enga, Simbu, Western Highlands, Eastern Highlands, Jiwaka); the New Guinea Islands region; and Momase region.

Other details of this proposal have yet to be made public, but some questions being asked are: How are these seats to be filled? What will be the roles and responsibilities of the five women MPs? And how are these five women MPs expected to manage these extra-large electorates in terms of service delivery?

If these reserved seats are to be filled through contesting national elections, it will simply be too costly for the women to campaign in the extra-large regional seats. Also, these five electorates have no clear administrative mechanism to support the work of the women MPs, compared with MPs with district development authorities, and governors with their respective provincial administrations.

Prime Minister James Marape, who earlier was against the introduction of special measures, apparently is supportive of the new proposal. But there is still a lot of uncertainty around whether the government is serious about this proposal. In the SPC-GBV public hearing held on 24–25 May 2021, the Chief Secretary to the Prime Minister and National Executive Government, Ivan Pomaleu, said:

Yes, we are proposing five regional seats for women, which would cut across our current regional seats. I can’t say whether we will be able to get this done in time for 2022 elections, but I can say that it has been put into a Cabinet discussion paper and the outcome was for more work to be done and to bring the proposal back to Cabinet. Mi no gat clear visibility of where this is going, but yes, we will have a formal discussion in Cabinet on this.

As noted in my previous blog, it would appear that the introduction of reserved seats for women will require an organic law. This is a difficult route given the requirement for a two-thirds support from MPs. From information obtained through social media discussions, it seems that the current political thinking is to introduce TSM through an ordinary act of parliament rather than an organic law. Does this make sense? That is one of many questions that might get answered at the next parliamentary sitting in August.

Gender stereotypes about women’s place in society continue to dominate the mindset of political leaders and the wider population.

The TSM journey has had support, technical as well as funding, from UN agencies and bilateral aid agencies such as DFAT. These investors have supported women leaders in PNG, and helped women-led civil society movements become firmly established and develop a unified voice, to lead and mobilise public support.

Concerns by the public and the political leadership about a donor-driven agenda provide a convenient façade to hide behind. The real issue is insecurity arising from a direct challenge to male privilege in the PNG parliament.

With the 2022 national election less than a year away, what chances are there that the proposal on five reserved women’s electorates will come to fruition?

This is the second blog in a two-part series on #Temporary special measures in PNG. You can read the first blog here.

Orovu Sepoe
Orovu Sepoe is a gender equity and social inclusion specialist. Currently working as a consultant, she was formerly a senior lecturer at the University of Papua New Guinea.