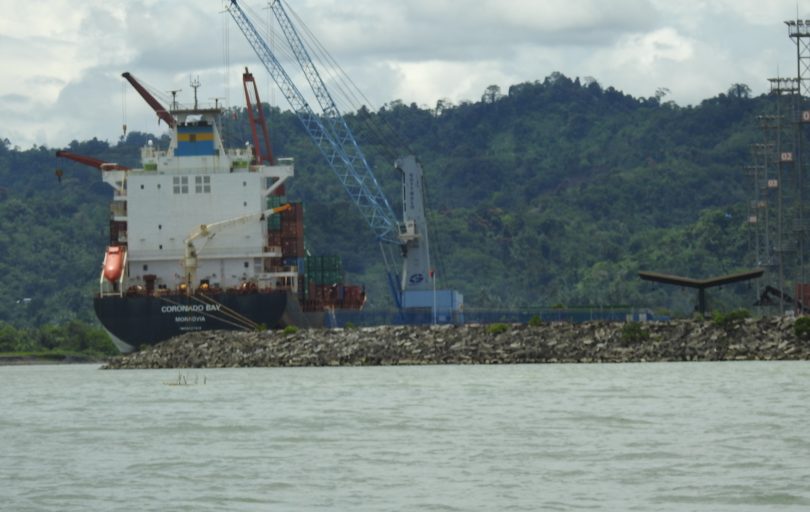 The port of Lae in PNG (Joel Abroad/Flickr)

Since its inception in 2019, the AIFFP has announced 13 projects and committed just over $1 billion in financing – 80% as loans and 20% as grants. The vast majority of AIFFP’s funds – $868 million – has gone to transport sector projects, with the remainder going to projects focused on energy, communications and flood alleviation.

An independent review of the facility was overdue. While aspects of the AIFFP’s financing and operations had been touched on in other reviews, there had not been a thorough evaluation of the facility as a whole – despite its grant allocation and lending headroom receiving substantial increases since its establishment.

The two-year “system-wide review” of the AIFFP, undertaken by consulting firm Alinea International, had a lot of good things to say. It found that the AIFFP office is operating efficiently and effectively, has high-quality staff who have developed strong relationships with Pacific partners, and high-quality environmental and social safeguards systems. AIFFP also got a gold star for getting money out the door, with the review finding it was the second largest infrastructure financier in the Pacific in 2021.

But, as Jubilee Australia Research Centre’s new report Aiding the Pacific? Investigating the projects of the AIFFP finds, some fundamental questions remain. Is the AIFFP the right vehicle for providing development aid to the Pacific? Will it help bring broad-based social development, and address climate change adaptation in the region? Or will it exacerbate the resource curse, or be used as a political tool to counter Chinese influence in the Pacific?

Some of the AIFFP’s project selections seem to be responding to China. AIFFP has funded two undersea cable projects (connecting to Palau and Timor-Leste), with a third in the works in East Micronesia, and it is clear that Australia is not keen to have its undersea cables network compromised via potential Huawei involvement in Pacific nodes. There are other, less obvious, signs of geostrategic focus – such as the $621.4 million Papua New Guinea (PNG) ports upgrade program, which was announced following Chinese interest in ports in PNG and Solomon Islands.

Should this matter? After all, the use of aid as a geopolitical tool is as old as international aid itself. But given that these projects draw on scarce ODA (official development assistance) financing for their grant components, projects that primarily address geostrategic rather than development concerns are drawing funds away from poverty alleviation and climate adaptation initiatives at a time when these are sorely needed. For this reason, Jubilee Australia recommends AIFFP financing should be additional to the aid budget.

Another key question – and one that was not asked in the recent system-wide review – is whether a mixed loan and grant program like the AIFFP is suitable in a region already facing significant debt challenges. The AIFFP has put policies in place to limit the risk of loans contributing to debt distress, such as designating seven countries in the Pacific as only eligible for grants. However, the facility has also committed $656.6 million in loan financing to PNG alone – a country currently rated by the IMF as at high risk of debt distress. With more than $2 billion in loans still to be committed, and a small pool of countries in the region eligible to receive loans, the AIFFP will need to find more loan-worthy projects – most likely in PNG and Fiji, the region’s two largest economies.

Added to this is the fact that AIFFP’s interest rates are less concessional than other lenders such as the Asian Development Bank – a concern highlighted in the system-wide review. AIFFP combines its loans with grants to make a concessional package, but rising interest rates could make its loans more costly.

Loans are not always a bad thing, and can help countries finance essential public infrastructure and services. But repayment of external debt can also constrain social spending – during the COVID-19 pandemic, 64 lower income countries spent more on debt repayments than on healthcare. Both Fiji and PNG are expected to see a reduction in government spending over the period 2019-25.

The pressure to repay loans in foreign currency can also drive countries towards export-oriented extractive industries – such as mining, logging and palm oil – that often do not deliver broad-based economic prosperity or poverty alleviation. This is also a direct risk for some AIFFP projects – for example, one of the ports to be upgraded under the PNG Ports Development Project is currently used for exports of unsustainably logged rainforest timber.

AIFFP has already committed to three renewable energy projects, in PNG, Palau and Solomon Islands, and has recently announced a Pacific Climate Infrastructure Financing Partnership. However, only $5 million so far has gone to climate adaptation – for a flood alleviation project in Fiji – and it is questionable whether the AIFFP’s focus on bankable, large infrastructure loans will allow it to support the kinds of local-level adaptation infrastructure that the region needs.

The Pacific Islands Forum has set up its own fund, the Pacific Resilience Facility, to meet that need for small-scale adaptation projects, and is seeking contributions to that fund. In a constrained budget environment, will Australia’s decision to deliver climate finance through the AIFFP leave enough aid money to support the kinds of local adaptation that Pacific countries have asked for?

With these questions left unanswered by the recent review, there remains a need for a thorough investigation of the AIFFP’s impact on development, poverty alleviation and climate adaptation in the Pacific. Resolving these issues is essential to justify any future funding injection into the facility.

Luke Fletcher is Executive Director of the Jubilee Australia Research Centre, and a visiting fellow at the University of New South Wales School of Social Sciences.