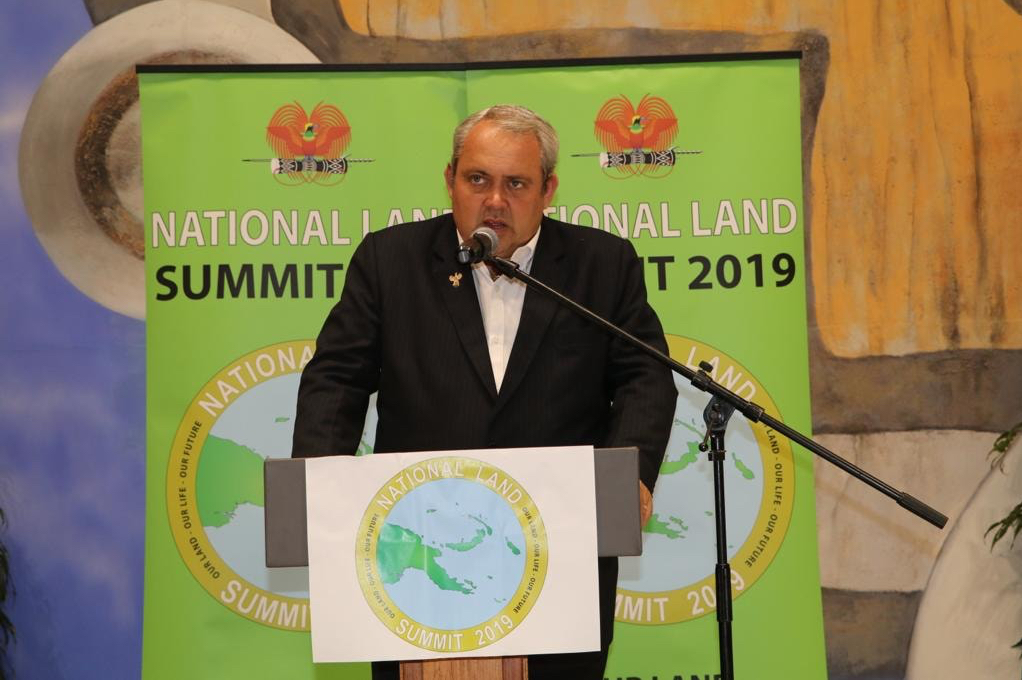 The circularity of land reform in Papua New Guinea

The Government of Papua New Guinea (PNG) is still searching for ways to achieve its stated goal of ‘mobilising’ large areas of customary land for the purpose of ‘development’ while ‘empowering customary landowners’ at the same time. The stated aim of the National Land Summit convened in the national capital in May 2019 was to ‘develop a policy, legal and administrative framework facilitating efficient utilisation of customary land for the benefit, first and foremost, of the customary landowners’. To this end, the participants identified 17 issues that would need to be dealt with and then adopted a resolution on each one of them.

The National Executive Council endorsed the 17 resolutions in September. Shortly afterwards, Prime Minister James Marape announced that his government would allocate K15 million a year for the next five years to the second phase of the National Land Development Program, while Lands Minister John Rosso announced the formation of a Land Reform Committee, with representatives from several government agencies, to take responsibility for implementing the resolutions.

The 17 resolutions called for a review of just about every aspect of the current legal and policy framework that applies to the creation of formal titles over customary land and the transformation of such titles into marketable assets. Yet the current legal and policy framework is itself the result of a long sequence of innovations that stretches back to the period of Australian colonial administration, all of which have shared a similar goal. So the government appears to be going round in circles, searching for new solutions to a problem that might have been framed in such a way as to make it insoluble.

The first phase of the National Land Development Program emerged from a previous national land summit convened in 2005, which resulted in the formation of a National Land Development Taskforce, with broad representation from both the public and private sectors, that made 54 recommendations in 2006. Numerous government and non-government agencies were officially charged with the task of implementing these recommendations and were allocated a budget very similar to the one that has just been allocated to the second phase of the program. When the money ran short, the Australian aid program provided funding for an Australian company, Land Equity International, to provide additional technical assistance. But a recent review of the first phase of the program found that most of the 54 recommendations had not been implemented – a failure that was largely attributed to the bureaucratic intransigence of the Department of Lands and Physical Planning.

Two of the recommendations that were implemented were those that related to the establishment of a legal mechanism whereby customary land groups would, for the first time, be able to register titles to their customary land and then lease it to government agencies or private investors. To this end, significant amendments were made to the Land Groups Incorporation Act of 1974 and the Land Registration Act of 1981. These amendments were passed by the National Parliament in 2009, but the Lands Department was able to delay their implementation for another three years. Even then, they do not seem to have had the desired effect. Two of the 17 resolutions made by participants in the latest land summit were that both pieces of legislation should now be reviewed, amended again, or even repealed.

What is now quite clear is that the registration of customary group titles has made a miniscule contribution to the government’s stated desire, as expressed in the latest iteration of its medium-term development plan, to raise the proportion of ‘bankable land’ in the ‘formal market’ from less than 5 per cent in 2016 to 20 per cent in 2022. This is not only a problem for policymakers, but also for large sections of the urban population for whom housing has become an increasingly scarce and unaffordable commodity.

But is there any set of legal and administrative institutions that can serve to resolve this problem? The endless search for this particular holy grail seems to be based on a persistent refusal to recognise the existence of a circle that cannot be squared, and that is the incompatibility of customary social institutions with the operation of a capitalist economy that includes a land market.