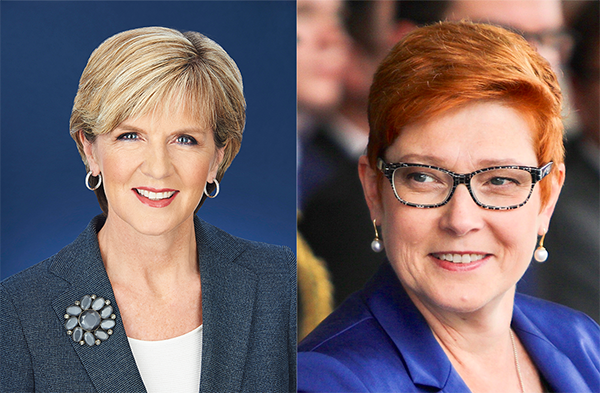 The Coalition and aid: a story of two halves

When it comes to aid, the Coalition’s just ended nine-year reign can be divided into two periods: from September 2013, when it came to power, to August 2018, when Julie Bishop resigned as Foreign Minister after the Liberal Party turned against Prime Minister Malcolm Turnbull and replaced him by Scott Morrison; and then from August 2018 to May 2022, the period in which Senator Marise Payne was Foreign Minister.

Most obviously these were periods in which the Australian aid program was presided over by two different ministers. But there were other differences as well.

All the Coalition’s cuts to aid occurred in the first period. Total ODA in 2012-13, the last full year of Labor’s previous term in office, was $6.1 billion (in today’s prices). By 2017-18, aid had been slashed to $4.6 billion, and there it stayed, more or less, to the current year where aid is budgeted at the same level.

It would be unfair to blame these cuts solely on Bishop. Most of them were due to Joe Hockey, and the Liberals’ inability to get other expenditure cuts through the Senate. The 2014-15 Mid-Year Fiscal and Economic Outlook slashed aid by one billion dollars. And probably aid would have continued to fall if not for COVID-19, which gave the aid budget a temporary reprieve.

There were other major changes under Bishop. AusAID was abolished as soon as the Coalition came to power, and its staff transferred to DFAT. There were also lots of policy changes: more emphasis on the private sector, a target for aid for trade, and a greater focus on innovation and on gender.

Whereas Bishop seemed to be genuinely enthusiastic about aid, Payne hardly ever spoke about it, and it was impossible to work out what she thought about the subject. The rest of the government, worried about the likes of Pauline Hanson, didn’t like to talk about it at all – unless it was to the Pacific (see below).

The silence around aid degenerated to farce in 2020 and 2021 when the government refused to disclose its total aid budget. To its discredit, DFAT went along with this ploy, thereby denying the public the most basic fact about the aid program (its size) and damaging its credibility as the manager of that program. (Eventually, this year, the government conceded that mentioning a total aid figure actually made sense.)

The aid program drifted under Payne. Bishop’s influence became harder to detect. The InnovationXchange, Bishop’s flagship innovation initiative was abolished. The PNG Governance Precinct, her flagship Papua New Guinea aid initiative, was not only closed by DFAT but declared to be a failure. Aid to the private sector rose under Bishop, but was squeezed out by COVID-19 spending, and fell back almost to pre-Bishop levels.

Although aid transparency and capability worsened under her watch, Bishop seemed to have at least some commitment to aid effectiveness. When AusAID was absorbed into DFAT, she protected DFAT’s aid evaluation agency, the Office of Development Effectiveness (ODE), and its oversight body, the Independent Evaluation Committee (ICE). Under Payne, ODE and the IEC were both abolished.

The key influence for the second period was the Pacific Step-Up. Turnbull promised a “step-change” in Pacific relations back in 2016. But it was Morrison who got it going once he became PM, with a speech in November that year to (appropriately) the troops in Townsville where he said that he was “returning the Pacific to where it should be – front and centre of Australia’s strategic outlook, our foreign policy, our personal connections, including at the highest levels of government.”

Aid to the Pacific increased throughout the Coalition’s time in power. But under Bishop the increase was moderate, with the share of aid to the Pacific rising in the first five years from 35% in 2012-13 to 42% in 2017-18. The increases accelerated in the second five years, reaching 58% this year. Bizarrely, the same government that had enacted unprecedented cuts to aid began to boast that aid to the Pacific had reached a record high.

Looking back, Bishop (or the Bishop era) will leave three lasting legacies – three changes made in the 2013 to 2018 period that will not be reversed, at least not for some time: the integration of AusAID into DFAT; the large reductions in aid; and the greater emphasis on gender.

The two Payne-era legacies will be Pacific (and strategic) primacy and the COVID-19 response. The Coalition took some interesting and important beyond-aid steps as part of the Pacific Step-Up: expanding labour mobility opportunities (the subject of a companion blog); and providing non-concessional but cheap loans, mainly to PNG and Indonesia, mainly for budget support but also for infrastructure in the Pacific.

The COVID-19 response will not last (we hope), but its influence might. The one Bishop flagship which survives to this day is the Indo-Pacific Health Security Centre, her major second-term initiative. Whether it would have survived without COVID-19 is debatable. Other COVID-19 initiatives have been a turn to budget support and greater localisation. Neither was driven by Payne, but both occurred on her watch. I hope both endure.

Finally, COVID-19 did at last lead the Coalition to do what it had promised it would if elected in 2013: increase aid in line with inflation. Labor will have to do more than it promised in this election campaign to continue this trend, but surely that is not too much to ask.