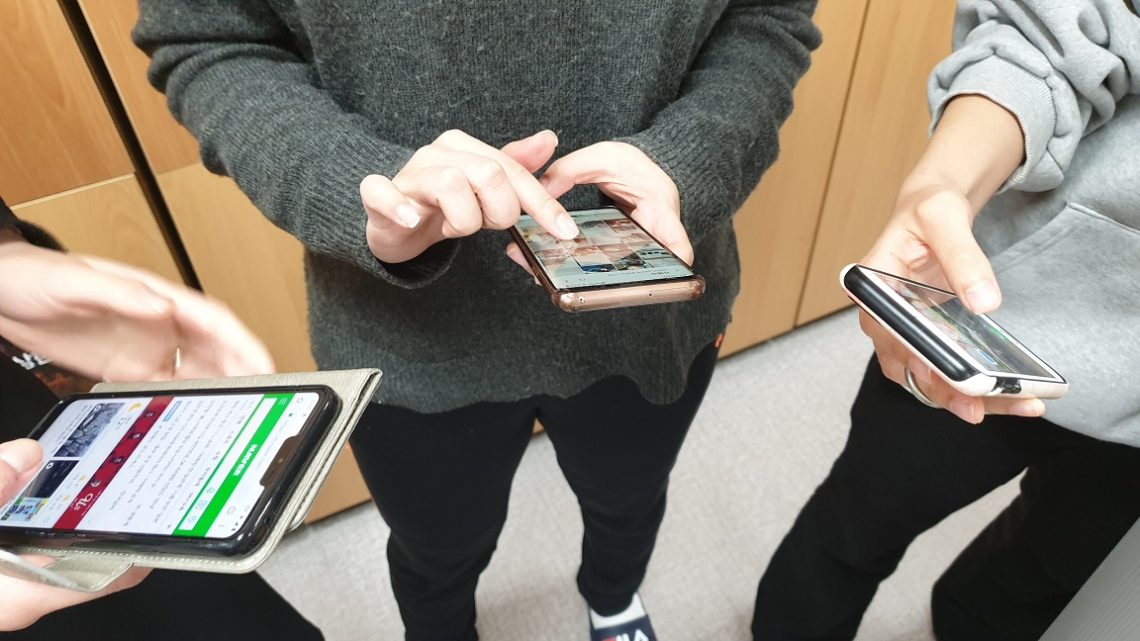 The digital divide between and within countries

By Amanda H A Watson and Kyung Ryul Park

As you glance at the latest alert on your smartphone, do you pause to consider the varying levels of access to such technology around the world? Since the 1990s, the term ‘digital divide’ has referred to a gap between countries and groups within countries who have access to computers and the internet, and those who don’t. More recently, scholars and practitioners have included mobile phones and other information and communication technologies (ICTs) in the definition as well.

To analyse the digital divide in more detail, this blog post examines two countries: the Republic of Korea (Korea) and Papua New Guinea (PNG). Korea could be said to be an exemplar of life in the fast lane, while PNG falls, for the most part, on the other side of the divide.

As is shown in Table 1, the first mobile phone services commenced in Korea in the 1980s. 2G commenced in 1996. 3G service, suitable for internet use, commenced in 2002. 4G service has been available in Korea since 2010. 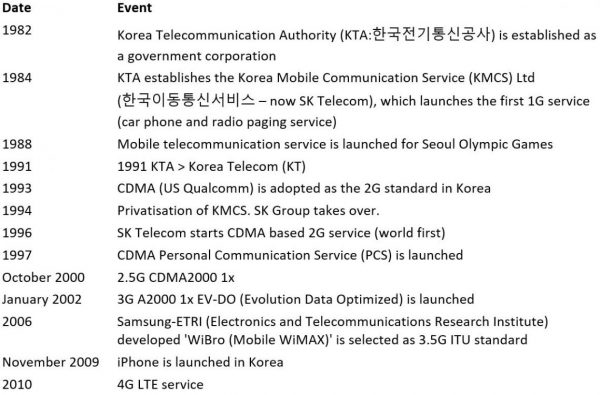 Developments in mobile phone technology and networks in PNG started later. As Table 2 indicates, the first mobile phone service in PNG was launched in 2002. 2G commenced in 2004. 3G became available in some areas in about 2011. 4G commenced in the capital city Port Moresby in 2016. 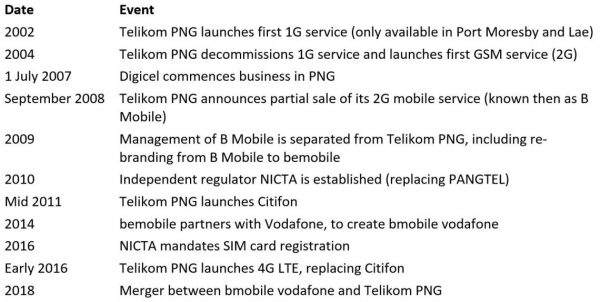 There is a clear digital divide between the levels of technology available in the two countries (Figure 1). At the time when smartphones were taking off in Korea (about 2009), most people in PNG were only getting access to a phone, of any kind, for the first time. 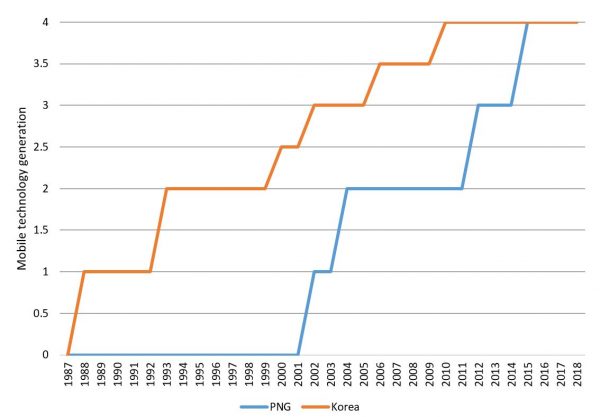 The reality is more nuanced than the difference portrayed in the diagram. The graph suggests that access in each country steps up when access to a new level of technology becomes available. In reality, much network quality would still be at a lower level – it does not all change overnight. For instance, in PNG right now, network coverage in rural areas is still 2G, although there is some 4G available, primarily in the larger urban centres.

The size of mobile network coverage is another measure that can be used to compare the digital divide in the two countries. Not all people in PNG live within network coverage. At present, mobile networks cover 67.5% of the population in PNG, whereas all inhabited areas in Korea have mobile reception. This difference is shown in Figure 2, which compares current network coverage for PNG and Korea.

Digital divides exist within as well between countries. A university educated professional working in an office job in an urban area in PNG might have access to the internet at work, with electricity at both home and office, and a smartphone which they use regularly. By contrast, that person’s relatives who live in a rural village and operate in the informal economy might only have limited access to electricity to charge the batteries in their shared, basic phones.

The within-country digital divide is not only a problem in less developed countries like PNG. In various groups within wealthy countries, informational, generational, economic and linguistic challenges exist and can create, and deepen, the divide. For example, screen ordering systems installed in fast food restaurants in Korea often exclude elderly people. There is still lack of understanding of cultural resistance to emerging digital technologies in some groups as well.

There is some homogeneity across countries in the characteristics of internal or domestic digital divides. Commonly, gaps exist between those with differing levels of disposable income, between young people and seniors, and between people in urban and rural areas. In general, digital connectivity, internet access and smartphone services are weak or even non-existent in deep, rural regions, such as small, remote islands.

A common view is that access to ICTs enhances development prospects by improving transparency and accountability. Those who hold this view would argue that lack of connectivity and a paucity of accurate, recent information are threatening the social and economic development of rural areas. Another view is that capabilities to communicate and to access information are fundamental rights in and of themselves, denied to people in places or situations where such services are unavailable or unattainable.

Ongoing policy efforts to tackle the issue of the digital divide primarily focus on improving digital infrastructure in order to increase speeds and expand access. This is true in both Korea and PNG, where funding for technological, infrastructural solutions is typically easy to find, whether from the national government (in Korea’s case, recently based on over-enthusiastic rhetoric around the so-called “Fourth Industrial Revolution”) or donor resources (in PNG’s case). However, the digital divide is also a socio-political problem due to unequal information capabilities. Within-country educational, generational, and regional gaps can all be contributing factors. Although such issues are not as easy to tackle, policy-makers would do well to keep them in mind when designing programs and projects to close the digital divide. This would help promote greater inclusivity and go beyond the limits of a technologically deterministic view.