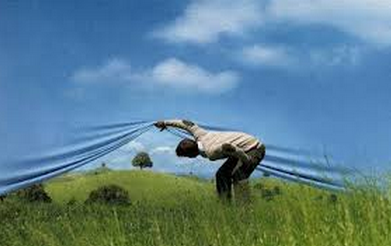 Does aid have a future? A must-read new e-book

By Jane Thomason and Anne-Marie Slaughter

On the other side of the world, leading development thinkers are providing thought provoking contributions on aid that are worth following as we reflect on the future of the Australian aid program. The Co-director of King’s International Development Institute, Andy Sumner, has released a compelling new Global Policy e-book, Emergence, convergence and the future of aid. Contributions from academics and practitioners will be published on Global Policy (available here) until the e-book’s release in the first quarter of 2014.  In his opening paper, with the same title as the book, Sumners predicts that as poverty declines the remaining poor are likely to be split between middle-income countries and fragile states. This will provide a challenge to traditional aid agencies, with poverty alleviation efforts focussed either in countries where aid is already on the way to becoming irrelevant as domestic resources grow – middle-income countries – or in countries that cannot absorb aid easily and quickly –fragile states. Looking ahead to 2025-2030, Sumners argues that the context for foreign aid could have three defining characteristics.

He challenges readers to consider the impact of these changes and to reframe approaches to development.

In a second paper, ‘The future of aid – aid on the edge of chaos: rethinking international cooperation in a complex world’ (available here), Ben Ramalingam writes about the inherent bias in aid programs where aid agencies are incentivized to treat the world as a simple, predictable place in which aid can be delivered, as if on a global conveyor belt, to bring about positive changes.

Ramalingam draws from his book, Aid on the edge of chaos, rethinking international cooperation in a complex world, (Oxford University Press, 2013), which gives detailed accounts of how growing numbers of innovators are employing complex systems approaches to rethink and improve aid efforts. He imagines an aid system of the future that would “reward people for developing imaginative ideas that draw on the complexity of the real world, as opposed to the value for money and results conveyor belt that dominates so much development thinking currently.”

In his post, ‘The future of aid – and beyond’ (available here), Myles Wickstead proposes that we should be interested in three things: maintaining resource flows and technical support  to fragile states to support conditions under which development can happen; recognising those resources will increasingly need to flow to ‘global public goods’ such as environmental issues and disease threats; and, perhaps of most current relevance to Australia, moving swiftly to a “whole of government approach” to development, including aid, trade, financial flows and agricultural subsidies. The first American Quadrennial Diplomacy and Development Review, completed in December 2010, sought to move precisely to such an approach, although bureaucratic turf battles between the State Department, USAID, Health and Human Services and various other agencies continue to bedevil a truly integrated approach.

In another post, Nancy Birdsall, President of the Centre for Global Development, speculates about a world in 2030 in which there is no longer a global poverty line and ODA as we know it will have almost completely disappeared. In ‘2030: ODA no more’ (available here), Birdsall envisions that there will still be a growth and development ‘enterprise’ in 2030, but it will not be about aid.

Instead, non-concessional loans from development banks (multilateral and national) will support the development efforts of middle-income countries; and transfers from high-income to developing countries will be in support of  global public goods.

Topically for Australia, she reminds us that “spending in one’s own interest to address neighbors’ problems is also nothing new” and cites EU transfers to Ireland and Poland, and United States commitments to the control of drug trafficking in Mexico and other countries of Central America, and Colombia.

If you want to be truly disturbed, read ‘Aid circa 2032: three players, no winners’, Karl Muth – 25 November 2013 (available here). Here Muth paints some worst case future scenarios on aid, where “The poor are sorted by their desirability, but those without any spying to sell, influence to peddle, or intelligence to exploit are thrown back into the sea of suffering, as they have been for centuries. But never before so efficiently”.

Reading these divinations makes one think about how to achieve the kind of policy coherence needed in the future. The task ahead is to think about how to genuinely integrate and leverage diplomacy, trade and development with whole-of-government approaches to global challenges such as food security, disease, poverty, illiteracy and climate change  – which in Australia’s neighborhood, will certainly and centrally include poverty alleviation. Development experts will still be best placed to figure out what works on the ground to overcome specific human challenges, while trade policy can have an enormous impact on self-reliance and overall economic growth. Diplomacy can keep all these issues high on the bilateral and multilateral agenda.

This series also challenges us to think about how to rethink development and how we can prepare for the predicted growth and development ‘enterprise’ in 2030. Further contributions will be coming throughout 2014. It’s bold, it’s confronting and compelling – a must read for anyone who is thinking about the future of development.

Dr Jane Thomason is CEO of AbtJTA. Dr Anne-Marie Slaughter is President and CEO of the New America Foundation and the Bert G. Kerstetter ’66 University Professor Emerita of Politics and International Affairs at Princeton University.

Anne-Marie Slaughter
Dr Anne-Marie Slaughter is currently the President and CEO of the New America Foundation, a public policy institute and idea incubator based in Washington and New York. She is also the Bert G. Kerstetter ’66 University Professor Emerita of Politics and International Affairs at Princeton University. From 2009–2011 she served as Director of Policy Planning for the United States Department of State. Anne-Marie serves on the Board of Abt Associates.