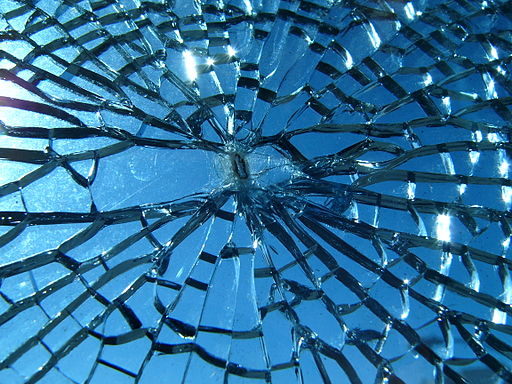 In January 2016, President of Marshall Islands Casten Nemra was defeated in a no-confidence motion after just one week in office, the shortest tenure in Marshallese history. The following day, more history was made as Dr Hilda Heine was elected with 24 votes by the 33-seat Nitijela as Marshall Islands’ first female president. In many ways, Heine fits the mould of female parliamentarians in the Pacific, who tend to be highly educated, members of politically connected families and have a background in the public service (Corbett and Liki 2015). Heine was the first Marshallese person to earn a doctorate degree, from the University of Southern California in 2004. The Heine family have been ‘formative participants in the shaping of the future of the Marshall Islands’ (Garrett 1992:442) and several members are currently active in Marshallese politics. As well as holding high-ranking positions in the public service and at the College of the Marshall Islands, Heine was one of the founders of Women United Together Marshall Islands, a high-profile Marshallese women’s organisation. Yet she is also a groundbreaking figure in Pacific history, as the first woman to be elected head of government of a Pacific independent state. This post looks at the significance of Heine’s achievement in the context of the study of Pacific women in politics.

Prior to her election as president, Heine was Minister of Education, one of the few Pacific women to hold a cabinet portfolio. In the Pacific, 9 of the 25 women parliamentarians (36 per cent) currently in office hold cabinet portfolios. (This figure includes only lower house representatives in independent states). A further two female parliamentarians hold non-cabinet positions as assistant or associate ministers. Overall, women make up just 7.2 per cent of cabinet appointments in the region. While women’s representation in ministerial positions in the Pacific is low, it is not widely divergent from international trends. Globally, less than one in five government ministers were female as of January 2015. Women are especially underrepresented as ministers in those portfolios considered ‘hard’ or high-prestige, such as finance, defence and foreign affairs (Krook and O’Brien 2012 [pdf]).

Women who are elected to executive office often take up the role in periods of political instability (Jalazai 2013), and this context can shape the nature of their tenure. Neither Thémereau nor Ligeard served full terms as president of New Caledonia. The government led by Thémereau and Gorodé faced fierce resistance from entrenched political interests and was in fact brought down by members of Thémereau’s former party, Rassemblement-UMP, hours after confirmation (Berman 2005). While she was eventually reinstated as president, Thémereau served only three years of a five-year term before resigning. Ligeard’s tenure was even shorter, as a split in the anti-independence camp over fiscal policy led to her government’s collapse after six months in power. Heine won the presidency after a vote of no confidence removed Nemra from power. This is not an unusual route to executive office in Pacific politics; Melanesian countries in particular are prone to frequent changes of government through votes of no confidence (Fraenkel 2009). In Marshall Islands, votes of no confidence are not uncommon (Johnson 29/1/2016), with the motion that ousted Nemra being the eighth since 1998. Successful votes of no confidence, however, are rare, with the 2016 vote being just the second in that time. Heine enters executive office in a political context which journalist Giff Johnson labelled ‘unprecedented’ (Radio New Zealand 28/1/2016), with 40 per cent turnover in the November 2015 election and numerous veteran politicians losing their seats.

Coalition-building is an important aspect of consolidating power in the Pacific, made both imperative and difficult by the high number of independents and fluid nature of party allegiances. All the female elected heads of government in the Pacific to date have had to negotiate and manage coalitions to maintain power. In addition, there are the significant development challenges that Marshall Islands is currently facing, notably in terms of climate change and economic development, as outlined by Ben Graham in this blog post. In this sense, Heine’s task is similar to that of many Pacific political leaders. What sets her apart, however, is the greater scrutiny that comes with being the first woman leader of a Pacific state. Writing on Heine’s election, Teresia Teaiwa, an academic of i-Kiribati descent, noted: ‘like it or not, Heine’s success or failure will impact all Pacific Islanders’ inclination to seek and/or accept women as national leaders. That’s a big burden to carry.’

Previous research on women’s political representation has stressed the need to draw on lessons learned from women’s leadership gains in the region in order to better evaluate how further gains can be made (Haley and Zubrinich 2015). In this respect, Heine’s tenure as president of Marshall Islands will be an interesting and potentially highly informative case study on women’s leadership in the executive. While women’s leadership in the Pacific continues to be most visible at the local level (ibid.), women’s access to positions in the executive is important to pursuing substantive policy goals at the national level. In this context, Heine’s achievement in breaking the highest glass ceiling in politics for Pacific women is hugely significant.

Kerryn Baker is a Research Fellow with the State, Society and Governance in Melanesia (SSGM) program at ANU. This post was originally published as SSGM In Brief 2016/7.