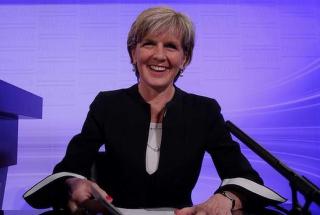 The new aid paradigm: is it new, and what does it do for aid reform?

By Stephen Howes and Joel Negin

Julie Bishop calls it the new aid paradigm: the Coalition’s new aid program strategy and performance framework. The first thing to say about it is that it is not that new. That is not a criticism. It would not make sense for the aid program to head in a completely new direction every time a new government came to office. And improving aid effectiveness is a bipartisan endeavour that has been underway now for many years. Taking this agenda forward is best done by building on the efforts and achievements of the past. To see the similarity between the old and new approaches, take the ten targets which constitute the government’s new performance framework. As the table below shows, eight of them have at least somewhat (and sometimes very) similar counterparts in the previous government’s performance framework and aid strategy more generally. 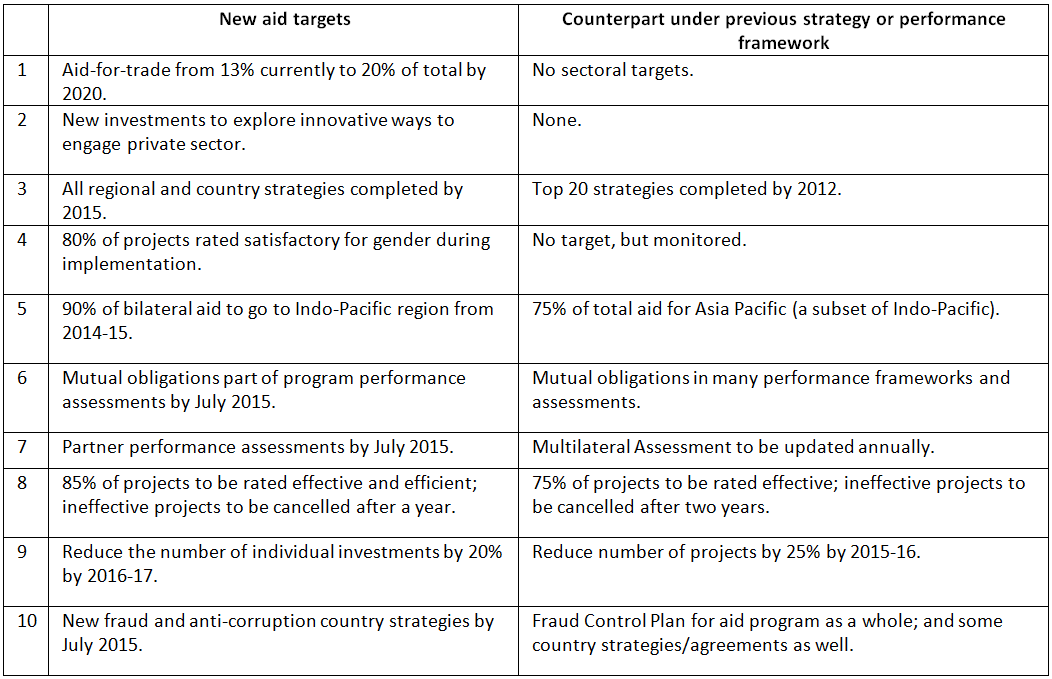 Or look at this comparison of the sectoral expenditure categories of the previous government, and their share of the aid budget in 2013-14, with the sectoral categories adopted by the new government, and their share of the budget in 2014-15 (information for which is now available from the government’s belatedly-issued aid budget or ‘Blue Book’, also released yesterday). There is little difference in the packaging, and, so far, in their shares.

It’s not all continuity though. There are certainly a significant number of changes, including of course the plan to lift aid-for-trade spending. More analysis will be needed, but we focus here on what we consider to be the big improvements and the main negatives.

And now the main negatives, all of them omissions.

Criticisms invariably take longer to express than praise. The new strategy and performance framework clearly has both strengths and weaknesses. Its continuity is itself a major strength, and it is good that we now have a new underpinning for the aid program, and within only a year of the Coalition taking office.

Stephen Howes is Director of the Development Policy Centre. Joel Negin is Senior Lecturer in International Public Health at the University of Sydney.