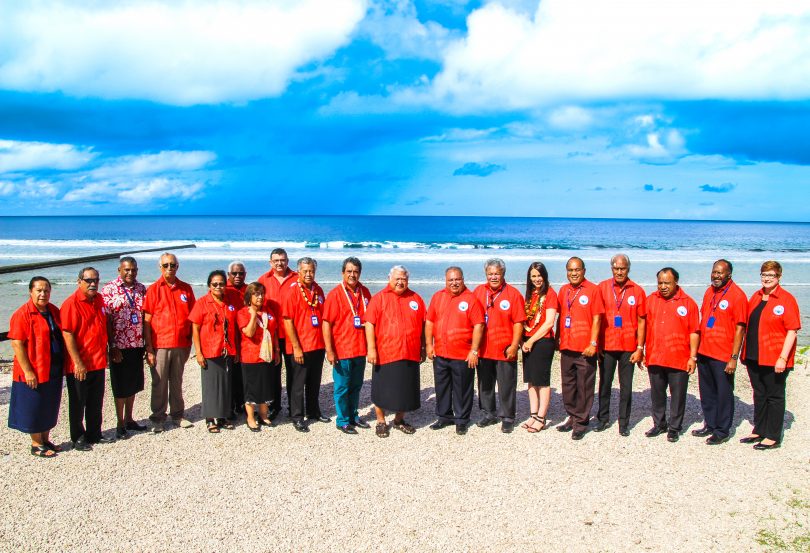 The recent decision by the Micronesian states to withdraw from the Pacific Islands Forum (PIF) is a momentous development in the long history of Pacific regionalism. In thinking about the possibilities for Pacific diplomacy to resolve this rift in the 12 months before the withdrawal becomes final, it is important to recall that in the 50-year history of attempts to build a Pacific political community among the diverse island societies across Oceania there have been numerous splits and divisions – between leaders, between sub-regions, between large and small states, and between resource-rich and resource-poor states. Many of these divisions were hard-felt and hard-fought, and many of them could have spelt the end of the regional project. Although the division is more dramatic this time around, it is still useful to remember why, and how, past Pacific diplomacy was so effective in creating and maintaining a feeling of inclusion for each sub-region.

The division between sub-regions, and the attendant issues of respect, balance and inclusion, began with the emergence of Melanesian sub-regional identity in the late 1970s. Up until this time, indigenous Pacific regionalism had been a Polynesian project (Nauru was the exception). As Melanesian countries gained independence in the 1970s and joined the Pacific Islands Forum there was a discernible division between the emergent Melanesian sub-region and the established Polynesian sub-region. As in the current split, the Melanesians felt marginalised in what they saw as the ‘Polynesian club’. When I interviewed Melanesian leaders about their views on Pacific regionalism in 1975, they said that they felt that the Polynesian leaders looked down on them, making them feel like second-class citizens in the Pacific regional community. The perception of Polynesian dominance was symbolised in the fact that the regional leadership was in the hands of the Polynesians (Fiji identified as, and was seen as, Polynesian at this time).

An important expression of Melanesian resentment had come to a head the previous year, in 1974, when Papua New Guinea (PNG) was rejected for membership of the Pacific Islands Forum. PNG blamed Fiji for this exclusion, reportedly believing that Fiji wanted to exclude a large Melanesian state from competing with its leadership of Pacific regionalism. The Fijian Prime Minister, Ratu Mara, defused the tension by visiting Port Moresby to meet Michael Somare face to face to discuss his concerns. Mara explained that there was a misunderstanding about admission criteria and that PNG would be very welcome to join in 1975 when it had formal independence. This meeting forged a key friendship between Somare and Mara that lasted until Mara’s death and created a basis for harmonious relations between the sub-regions.

Ratu Mara again moved to placate tensions between Melanesia and Polynesia in 1978 when he argued against Samoa’s candidate for Forum Secretary-General on the grounds that it was Melanesia’s turn. To resolve the immediate tension with Samoa the leaders decided to continue the incumbent Secretary-General’s term until consensus could be created around a Melanesian appointment. In 1978 the first Melanesia Secretary-General, Dr Gabriel Gris, was appointed. Anote Tong, former President of Kiribati and a member of the Forum Secretariat in 1978, claims that this was when the ‘gentlemen’s agreement’ on turn-taking among the sub-regions was born. A similar ‘gentlemen’s agreement’ was instituted around this time for the leadership of the other major regional institution, the South Pacific Commission. Anote Tong’s claim is borne out by subsequent practice.

The Micronesians did not emerge as a sub-region within Pacific regionalism until the 1990s following the decolonisation and admission to Forum membership of the three associated states: Federated States of Micronesia, Marshall Islands, and Palau. Before this, Nauru, as founding member of the Forum, and Kiribati as a member since 1979, had not self-identified as part of a Micronesian sub-grouping. The Micronesian sub-grouping started to coalesce in the early 1990s. Their collective presence and concerns for recognition within the broader Pacific islands region were recognised by the appointment of Lourdes Pangelinan from Guam as South Pacific Commission Director-General from 1990 to 1996, and the appointment of Kiribati’s former President, Ieremia Tabai, as Forum Secretary-General from 1992 to 1998. It also resulted in the changing of the name ‘South Pacific’ to the more inclusive ‘Pacific’ in all regional organisations, and the establishment of the Pacific Community (SPC) Micronesia Regional Office in Kolonia, Pohnpei, in 1996.

Unfortunately the experience of the next two decades sent a very different message to the Micronesians. There was no Micronesian appointed as Secretary-General of the Forum after 1998 (or Director-General of the SPC after 1996). As Transform Aqorau has reminded us, the Micronesian expectation in relation to the 2021 appointment has to be seen in terms of the cumulative effect of Micronesia having been denied a turn in 2003 (when Australia pushed an Australian delegate ahead of a Nauruan) and in 2014, when a high-merit candidate (Marshallese Foreign Minister Tony de Brum) was passed over for a Melanesian candidate. As seen from Micronesia there was still turn-taking but it was only between Melanesia and Polynesia and occasionally Australia (in contradiction of an earlier ‘gentlemen’s agreement’ that only Pacific islanders should fill the top leadership positions in the Forum and SPC).

The handling of the current Micronesian split has not so far drawn lessons from this history, either in relation to the recognition of the cumulative feeling of marginalisation on the part of Micronesians, or in relation to the effective ways in which Pacific leaders have dealt with past discontent within the regional community.

Despite the very clear warning by the Micronesian states about their intentions to leave the Forum if the ‘gentleman’s agreement’ on sub-regional rotation of the Secretary-General appointment was not honoured, there was no attempt by Pacific leaders to discuss the concerns and feelings that lay behind the warning.

Further opportunities for Pacific diplomacy were missed during the February 2021 Forum retreat leading up to the voting process. As pointed out by Maureen Penjueli, the Forum chair, Tuvalu Prime Minister, Hon. Kausea Natano, put forward two proposals which could have worked to defuse the situation and allow Pacific diplomacy time to build a new consensus around the appropriate process. These proposals – to continue the incumbent Secretary-General’s tenure (as done in the Melanesia/Polynesia split of 1978) and to delay decision until face-to-face dialogue was possible – were both rejected.

What then are the prospects for Pacific diplomacy going forward? As we have seen in past attempts at regional reconciliation a key ingredient is effective leadership and a preparedness to hear what the fundamental needs are and to adjust the regional diplomatic culture to accommodate them. Fortunately, two key leaders have recently indicated their commitment to helping to solve this problem to keep Micronesian states in the Pacific family. It matters that one is the Prime Minister of the largest Melanesian state, and the other is the longest serving elected leader in Polynesia.

PNG Prime Minister Marape has indicated his support for an immediate review of the structures and functions of the Forum in relation to ‘sub-regional balance’. He is reported as stating that ‘his strong view is for the Secretary-General’s position to be rotated amongst the three sub-regions for a four-year term non-contestable on expiry’. He went on ‘to appeal to the Micronesian Group to remain with the PIF whilst we collectively work to reform it to ensure all Members’ rights are respected and preserved in the true “Pacific Way”’.

Samoan Prime Minister Tuilaepa has put out an equally encouraging and thoughtful statement saying that he supports a review to ensure the selection process ‘allows equitable opportunity to serve the region at the highest level’. He calls for an unambiguous and clear process. He agrees that a codified sub-regional rotation model could work for the Pacific. He cites the system used in the Organisation of African Caribbean and Pacific States as a model of sub-regional rotation that could work for the Pacific. He concludes:

However intractable and insurmountable our problems may appear, there is always a way, a Pacific Way, to reach a solution – unrushed and done in a considered manner with respect for the diversity of leaders’ and members’ viewpoints. In my view, situations for which no consensus is apparent can be wholesomely achieved in a face-to-face meeting.

Together, Prime Minister Marape and Prime Minister Tuilaepa are showing the kind of regional leadership that has navigated difficult splits in the regional community in the past. They have provided a solid and authoritative foundation for the extensive regional dialogue, and appropriate modifications to the regional diplomatic culture, that must follow if the Pacific regional community is to attract Micronesia back into the fold.