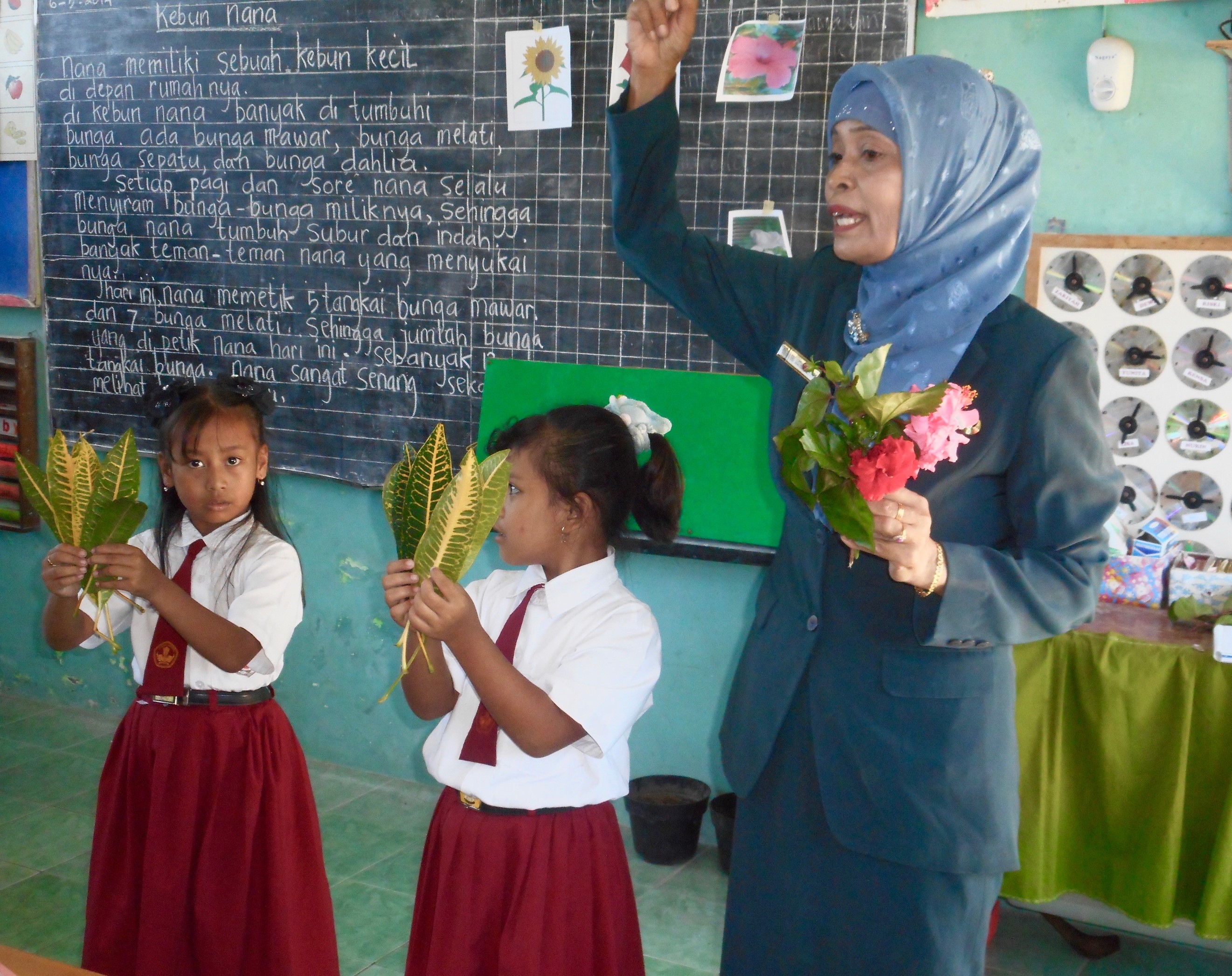 Good formalistic teaching is well-supported by student activity and a variety of teaching aids and resources (Credit: Robert Cannon)

The progressive education paradigm in development: ‘a delusional intellectual straightjacket’

The earlier book argued that progressive educational reforms in developing countries were wrong in principle and widespread failures in practice. Classroom change continues the demonstration of progressive failures and is structured around the entrenched resistance to paradigm change in the literature, despite extensive and updated evidence, and returns the focus to teachers and their so-called resistance to change.

Both books reflect Guthrie’s former experience as an AusAID Director and as Foundation Professor of Education at the University of Goroka in Papua New Guinea.

The word ‘cage’ used in the book’s title communicates restriction and limitation. Commonly presented as a system of bars that prohibit a creature’s freedom, cages can be intellectual, as well as physical. Guthrie’s forceful arguments in his latest book illustrate one such intellectual cage where classroom reform in developing countries has been caged by Western culture-bound value judgments that project a progressive worldview. This worldview runs counter to local educational cultures that have deep epistemological and pedagogical roots. Local cultures are dimly understood, if at all, by outsiders charged with making ‘improvements’ through their educational development projects.

Herein lies a cause of failure in improving education in developing countries, according to Guthrie. Guthrie does not mince words in stating his position: ‘The literature demonstrates cognitive dissonance and blindness to failure, such that progressivism has become a cage rather than a frame’ (p. xv). Guthrie argues that the Western progressive education paradigm has become ‘a delusional intellectual straightjacket’ that has ‘led irrationally to a cumulative hallucination’ (p. 155). Are these forceful statements justified? Has Guthrie exaggerated his case? After reading and considering the extensive evidence and analysis in his book, I do not think so.

Classroom change builds theory from evidence, avoiding what Guthrie argues is a weakness in educational reform debates where often, theory searches for evidence. The book is a notable departure from the prevailing silence on the issue of ‘what works’ in education.

Guthrie rejects the progressive paradigm. His evidence shows formalism to be a culturally relevant foundation for change and not a barrier. The persistence of formalism is because of formalism’s foundation in traditional, revelatory epistemologies. Guthrie provides persuasive, chapter-length examples from China, Africa, and Papua New Guinea. Research from elsewhere, such as Indonesia, supplements these chapters.

Attempts to replace formalistic teaching with progressive styles in developing countries raise two issues. First, such developmental attempts are usually culturally inappropriate, and second, they usually fail. In the section analysing the appropriateness and implementation difficulties of progressive reforms in developing countries, Guthrie reports that ‘most studies did not reject progressivism as such, but none implied that sustained paradigm shift occurred in classroom practice’ (p. 43).

Guthrie argues for movement in the academic and policy literature away from the Western-oriented progressive education paradigm to one acknowledging the prevalence and persistence of formalism in developing countries. Despite the apparent dominance of teachers, formalistic teaching can use a range of learning resources and foster student activity and mental engagement, as implied in the image accompanying this blog. The progressive assumption that classroom formalism is a problem overlooks its congruence with formalistic elements of education systems such as examinations and school supervision that work interactively to provide system coherence.

Guthrie provides illuminating explanations of educational research, measurement practice, and data quality that will appeal to researchers and research students alike. He enhances the quality of these explanations by embedding them in discussion of methodological limitations in the research literature. His attention to research methodology is one of the key strengths of this book, which links research methodology with specific developing country contexts and examples.

An attractive quality of this book is the clarity with which it approaches its task. It avoids the conceptual clutter in writing about educational change that permeates the school improvement and school effectiveness literature on the one hand, and then mixes up findings from advanced Western countries with those from developing countries, or neglects developing countries altogether.

A wide readership will benefit from Classroom change. Academics engaged in teacher education, curriculum, and educational research will find the careful analysis of evidence and the consideration of different research approaches illuminating.

The readership that will appreciate this book most of all are those directly involved in assisting in the improvement of educational quality in developing countries.

Now that donor attention has shifted towards what happens in classrooms and to the quality of learning outcomes, this book is most timely and should become a major resource in a field remarkable for a dearth of high quality writing by educationists with hands-on experience in development. Its implications are consistent with the current emphasis on problem-driven iterative adaptation. Aid managers need to work with local partners to define problems and to identify and try out ‘best fit’ solutions that are consistent with local cultural understandings, values, capacities, and resources.

Robert Cannon
Robert Cannon is a Campus Visitor with the Development Policy Centre. He has worked in teaching, military training, and in educational development in university, technical, and school education.