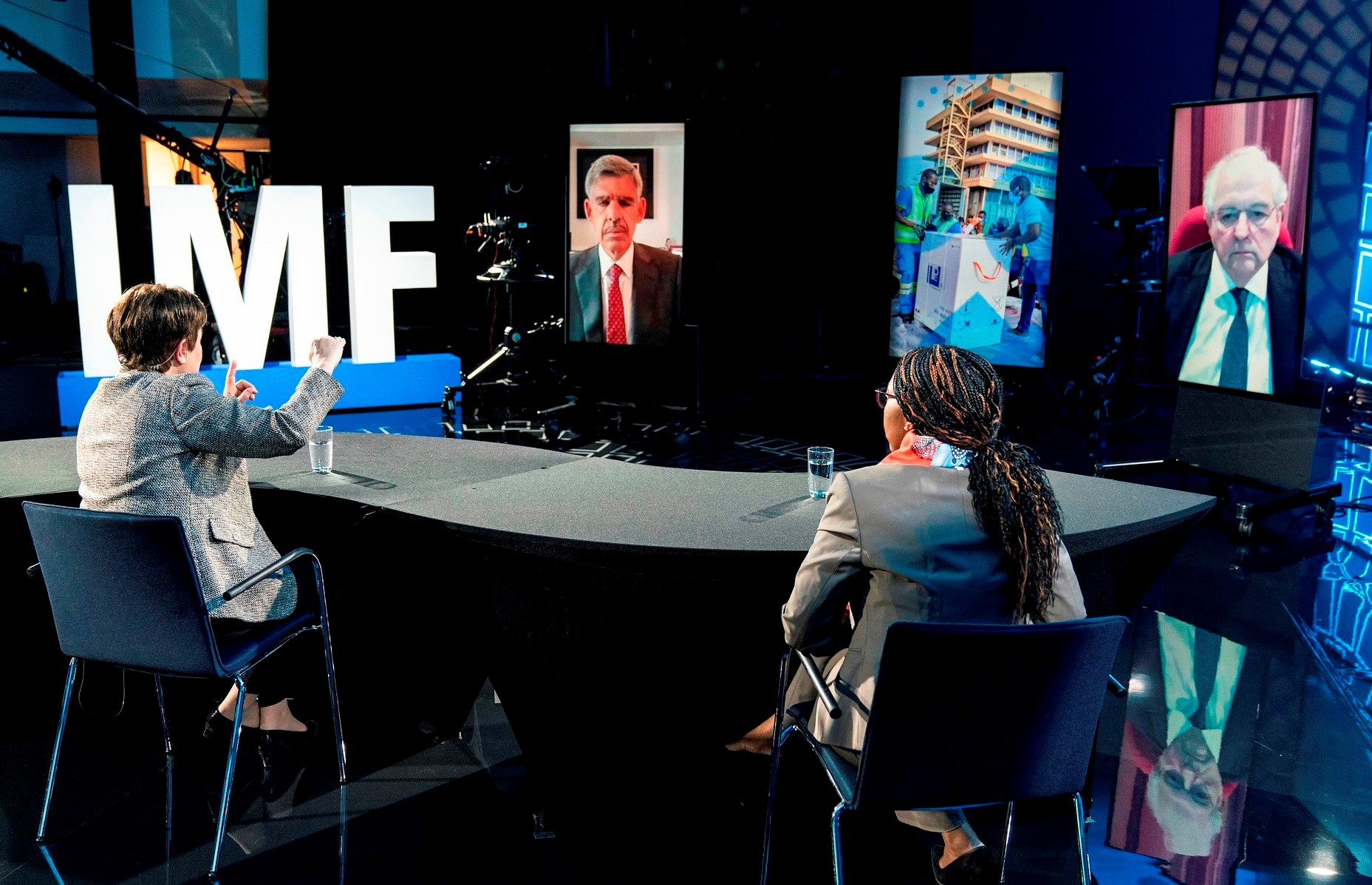 The spiralling debt crisis, and what to do about it

By Masood Ahmed and Niki Baroy

Global debt has reached an unprecedented high, surpassing levels experienced in the infamous 1980s crisis. For debt-burdened countries, the COVID-19 pandemic has severely impacted their repayment capacity due to increased crisis spending. Low-income countries (LICs) are experiencing the brunt of this crisis, falling deeper into debt.

At the onset of the pandemic, half of the 31 LICs fell into the high risk of debt distress category. The debt burden of LICs rose 12% to a record US$860 billion in 2020, while broader developing country debt payments doubled between 2010 and 2021, reaching the highest level in 20 years.

Both LICs and emerging economies experienced an increase in sovereign spreads and the share of public debt to revenue. Markets are pricing in a restructuring discount on high borrowing costs, while many emerging economies saw their debt downgraded in 2020 and 2021. Headwinds and tightening market conditions ahead increase the risk of debt repayment interruptions, with a growing belief that a significant number of emerging market and developing countries will require debt restructuring in the next two years.

Urgent action is needed to address the existing problem of unmanageable debt, and to provide long-term and sustainable support to affected countries to prevent them from sinking further into debt.

While all developing countries have been adversely impacted by the COVID-19 pandemic, small island developing states (SIDS) have faced particularly significant financial distress. Tourism accounts for up to 50% of the GDP and 30% of total employment in these countries. A 25% reduction in tourism was estimated to result in a decrease of 7.3% in the collective GDP of SIDS. In 2021, the Maldives experienced a 19% drop in its aggregate output. Similarly, the average GDP of tourism-reliant Pacific states, such as Fiji, Palau, Samoa, Tonga and Vanuatu, contracted by 6.6% in 2020.

These economies, which are often service-based, are reliant on public and publicly guaranteed lending. Experiences of debt distress among SIDS were present even before the pandemic, but the COVID-19 crisis exacerbated liquidity and solvency problems for these countries. High exposure to climate hazards further compounds their vulnerability, with poor populations, including women and people with disabilities, most at risk.

The international response to this looming debt crisis has been to buy time and provide new financing, as well as to delay the resolution of the underlying debt problem.

As a first measure, approximately US$12 billion in debt payments was postponed for nearly 50 mostly low-income countries through the Debt Service Suspension Initiative (DSSI), an initiative launched by the G20 in May 2020 to temporarily suspend debt service payments to official bilateral creditors. A total of 73 low- and lower middle-income countries became eligible to temporarily suspend debt service payments to their official creditors until the end of 2021.

Secondly, international financial institutions (IFIs), including the International Monetary Fund (IMF) and the World Bank, ramped up the volume and pace of their financing. Between them, the IMF and World Bank disbursed nearly US$200 billion in their fiscal years 2020 and 2021. In August 2021, the IMF approved the allocation of Special Drawing Rights (SDRs) – international reserve assets to support member countries’ reserves – totalling US$650 billion. However, only 42% or US$275 billion of this allocation will go to emerging markets and developing countries, including only US$21 billion to LICs. Most of the SDRs will be allotted to upper- and middle-income countries to align with existing quotas.

Thirdly, the Common Framework, which was set up by the G20 in partnership with the Paris Club in November 2020, aimed to go beyond the DSSI in order to restructure government debt on a case-by-case basis. Under the new framework, creditor countries, including China, are able to negotiate together with debtor countries “to facilitate timely and orderly debt treatment for DSSI-eligible countries, with broad creditors’ participation including the private sector”.

Despite high hopes, the Common Framework has stalled. To date, only three countries have officially sought assistance from the Framework, and none has received any support. Coordination issues between the Paris Club, newer creditors like India and China, private creditors, and the institutions and agencies within creditor countries have slowed decision-making and delayed rollout.

Fourthly, China, as a major creditor, is also addressing the debt crisis bilaterally with its borrowers. Over the last decade, China has overtaken the Paris Club as a lender to LICs. Of the US$35 billion that the world’s 74 lowest-income nations will owe in debt service payments this year, about 37% – or US$13.1 billion – is owed to Chinese entities, and a similar amount – US$13.4 billion – is owed to the private sector. Official bilateral debt to countries other than China accounts for only US$8.6 billion.

The World Bank and others have raised concerns over the lack of transparency in the terms of lending applied by Chinese creditors, as well as the collateralised nature of some of these loans. In 2021, a study by the Center for Global Development found that Chinese contracts include “unusual confidentiality clauses”, promises against collective restructuring, and cancellation-related clauses which allow lenders to “influence debtors’ domestic and foreign policies”.

Notwithstanding these concerns, it is important to recognise that China has provided more debt relief through the DSSI than any other country, and has bilaterally negotiated up to US$10.8 billion of relief with debtor countries since the onset of the pandemic.

While international actors and IFIs struggle to sort out debt support coordination and implementation, LICs and emerging markets are falling into deeper debt distress, with the worst yet to come. The DSSI has now ended, and debt service payments will soon resume. The war in Ukraine and the associated hike in food and fuel prices is hitting hard in many LICs that rely on imports of both commodities for their economic needs. SDR allocations are already being used, with fiscal space in many countries more limited than at the start of the pandemic. The combination of vaccine inequality, new COVID-19 variants, tightening global financial conditions, rising interest rates, and dwindling fiscal headroom resulting in a reduction of health and social spending, increases the risk of debt crises in 2022.

There is growing recognition that the machinery for dealing with debt problems itself is not fit for purpose. The creditor composition has changed, with China and the private sector playing a bigger role compared to the historically dominant traditional lenders from the Paris Club.

Long-term and sustainable solutions are critical to support LICs and prevent spiralling debt. The Common Framework in its current form is not enough to alleviate protracted fiscal problems. Many proposals have been floated on how to improve the Framework, among which the most salient would create more incentives for participation among borrowers and creditors. This could include imposing a standstill on debt servicing as soon as countries ask for support, providing more clarity on the process and processing times, creating pressure for private sector participation through the IMF’s policy on lending into arrears, increasing transparency on sovereign debt volumes and terms, accelerating preparation of preliminary debt sustainability assessments (DSAs), and widening the country coverage of the Framework.

There is also a large body of expert advice on how to move beyond the Common Framework in addressing issues of debt sustainability and restructuring processes. Proposals from the World Bank, G30, Friedrich-Ebert-Stiftung and the Consensus Building Institute, and the Bretton Woods Committee recommend improving procedural and official sector transparency, increasing incentives for private sector participation, maintaining development investments through additional funding, and boosting the crisis preparedness mechanisms in multilateral development banks.

Overall, what is needed is a collaborative effort from all sectors to improve debt support for LICs by addressing the problem head on. Governments of debtor countries must lead this process, working to mitigate the risks of sovereign debt through proactive policy approaches. There is no question that agreeing on a better debt management framework will be difficult. What is important to remember, however, is that cleaning up after a debt crisis is always much harder than the measures taken to avert one.

This blog is based on a presentation given at the 2022 AAC Speaker Series, a monthly online event co-hosted by the Development Policy Centre and The Asia Foundation. View the presentation or watch Masood Ahmed present Debt prospects and challenges for developing countries in the continuing pandemic.

Niki Baroy
Niki Baroy is a Research Assistant at The Asia Foundation and a Social Researcher at the Western Sydney Regional Information and Research Service (WESTIR). Before starting her Master of Development Studies at the University of New South Wales, she served as a public-school teacher in her home country under Teach for the Philippines.