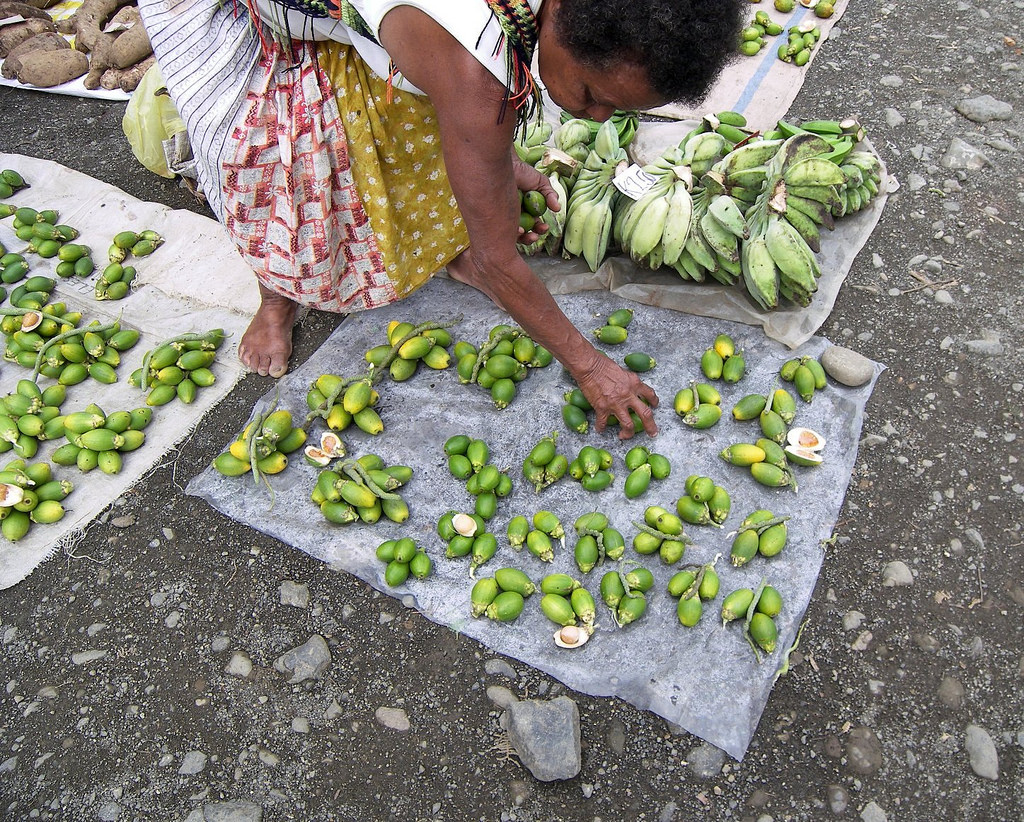 The World Bank recently released the first biannual report of its newly launched “Papua New Guinea Economic Update” (PNG EU) series. This is a welcome development, as the PNG EU sequence will stimulate policy debate and the dissemination of information on the PNG economy to policymakers, business leaders, and the wider public.

The report is entitled “Reinforcing Resilience” and consists of three parts. The first outlines recent PNG economic developments in terms of economic growth, fiscal and monetary settings, and the external sector. The second discusses a set of fiscal, monetary, and exchange rate policy recommendations. The third analyses the state of PNG’s health service delivery.

The report contains a number of interesting findings and information on the PNG economy. For instance, inflation is currently projected at around six percent, despite sluggish economic growth and now fixed exchange rate. However, the report argues that if betel nut is excluded, inflation drops to around two percent, which is more consistent with the current economic climate. The drop is explained by betel nut’s high weight in the Consumer Price Index (CPI) of 10.8% and a 34% price rise over the past year (p. 17).

There is also a neat and comprehensive explanation for the puzzling observation that government revenue from the LNG project vastly lags behind the projected K2 billion per year (Box 7, p. 26-28). The report suggests that revenue is determined by the “well-head value”, which is the difference between LNG-sales and the sum of operating costs, amortisation costs, and capital allowances. According to the Bank, the well-head value can be negative during times of low LNG prices, even when the project generates operating profits. In addition, there are various complex tax exemptions and allowances. Taken together, these factors explain why the project has so far only paid K150 million in royalties, and nothing in corporate tax. Consequently, the report cautions against the provision of such overly favorable terms to future resource extraction projects (p. 25).

The report puts forward a number of fiscal policy recommendations. The Bank advocates for the introduction of fiscal anchors in the form of non-resource primary balance to non-resource GDP and expenditure growth rules, as well as the operationalisation of a sovereign wealth fund (SWF) (p. 31). The authors maintain that the SWF should be designed on the basis of sound governance and transparency principles, fully integrated with the national budget, and stipulate unambiguous and transparent withdrawal rules. The report convincingly argues that such fiscal anchors and SWF would help decouple the government’s budget from volatile commodity prices and therefore enhance a more sustainable and countercyclical fiscal policy framework, which will help smooth out business cycle volatility brought about by recurrent commodity price shocks (p 30-31). These are commendable suggestions as successful implementation of these would especially benefit the poor, who are predominately adversely affected during economic downturns.

However, the report also suffers from a number of shortcomings. For example, it only includes a short section on the economic performance of the non-resource sector (p. 2-3), which is the most relevant for the vast majority of Papua New Guineans, and seems to ignore the mounting evidence (here and here) that this part of the economy has, in fact, been in recession.

In relation to the foreign exchange (FX) controls, the World Bank highlights their costs and recognises that the real exchange rate is overvalued. The report recommends greater exchange rate flexibility, but only under the preconditions of foreign exchange market development and a strengthening of monetary policy by which the bank means the creation of an effective inter-bank money market (p. XII-39). According to the bank, the latter can be achieved by mopping up the excess liquidity in the banking sector, as this would enhance the credibility of the Kina Facility Rate for money market operations.

However, the report does not discuss how these changes can be brought about and under which timeline. It appears that they are achievable only over the medium run. These recommendations are therefore not suitable to quickly resolve the current FX crisis. But this is exactly what is needed. As mentioned, the bank itself acknowledges that the longer the FX restrictions, or status quo is in place, the higher the costs will be and the more likely a “disorderly exit towards a more flexible exchange rate regime” will become (p. X).

The report seems to miss that the foreign exchange shortages are mostly due to insufficient depreciation rather than insufficient flexibility in the exchange rate. In fact, the term “depreciation” does not appear in this context in the report. It is possible for BPNG to maintain a crawling peg that allows for enough nominal devaluation to realign the exchange rate with its equilibrium value, which would end the costly FX controls. While a functioning monetary policy is certainly desirable, it is not a prerequisite for nominal depreciation. Nor is it a necessity for dealing with the resulting inflationary pressures. Our 2017 PNG Economic Survey argues that Indonesian-style urban cash transfers or the introduction of a transitional dual exchange rate could mitigate rising food prices. The Survey also argues that a real depreciation would lead to new investment opportunities in the non-resource sector, which in turn will help reduce the excess liquidity in the banking sector, as advocated by the World Bank.

In conclusion, the report contains novel and important information on the PNG economy and a useful roadmap for how to improve fiscal, monetary and exchange rate policies in the medium to long run. However, its exchange rate policy recommendation is not suited for effectively and promptly ending PNG’s FX crisis, the country’s most urgent problem.