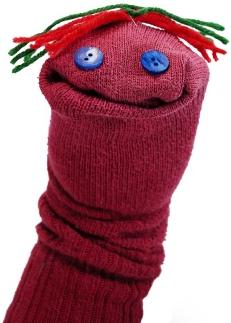 It seems a safe bet that Australia’s relatively few think tanks are not regularly offered money by foreign governments, at least for purposes other than the provision of canapés at the odd reception.

In the US, things are said to be otherwise. According to a New York Times exposé published on 7 September, at page one of the printed edition, several big US think tanks are in effect acting as agents for the foreign governments who fund some of their work in pursuit of various public policy outcomes. In fact, the article suggests some of these organisations might even be in breach of US law for not having registered themselves as foreign agents.

The article is thin on egregious examples of this scandalous puppetry, but the most prominent among those given is that of the Center for Global Development (CGD), which has been funded by the Government of Norway to advocate that rich countries ‘spend more money on combating global warming by slowing the clearing of forests in countries like Indonesia’ and also—this is the sinister part right here—‘to persuade Washington officials to double United States spending on global forest protection efforts to $500 million a year’.

CGD has responded with quite a straight bat here.  The Brookings Institution, also targeted in the article, has responded more extensively and aggressively here. Both organisations strenuously affirm their independence and deny selling influence. David Roodman (an ex-CGD employee) cogently makes the case here that, while independence is always a relative quality, think tanks can, and CGD does, maximise it by diversifying funding and being careful and transparent about funding sources and terms. Where warranted, they should also resolutely bite the hand that feeds them: Roodman notes that CGD has consistently marked Norway very low on key components of its Commitment to Development Index.

Think tanks, it must be noted, don’t always adhere to Roodman’s prescriptions. For example, a couple of years ago we criticized Brookings for praising the Australian aid program on the basis of some shonky analysis without (until we complained) disclosing that the relevant research was funded by Australian aid. And the New York Times article reports that a senior employee of the Atlantic Council found it necessary to resign last year after her research centre’s principal benefactor took exception to her call for the suspension of US military aid to Egypt. While one cannot be sure exactly what happened in this latter case, the person concerned has not denied the report but simply declined to comment.

So what about the matter of CGD and Norway? As Roodman acknowledges, it’s not possible to dismiss the suggestion that CGD is in breach of US legislation. The legislation in question was drafted more than 75 years ago for quite specific purposes and probably has not been on the radar screen of any foreign and development policy think tank until now. CGD’s Chief Operating Officer, Todd Moss, is quoted in the article as saying the organisation will seek counsel on the question of CGD’s obligation to register. However, the question is not really whether CGD might technically be deemed a ‘foreign agent’ under a piece of arcane legislation. The question is whether it might have done anything remotely unethical or at least in breach of its own principles.

It’s hard to see how any such conclusion could be reached. In addition to the general points Roodman makes about CGD’s measures to safeguard independence, a more specific point may be made in the organisation’s defence in this instance. That is, it already had in place a longstanding, active and creditable program of work on climate change mitigation long before Norway hove into view. That program, led for a long time by David Wheeler and more recently by Michele de Nevers, involved a detailed and practical exploration of options for monitoring and reducing greenhouse gas emissions arising from energy production and consumption and from deforestation and forest degradation, and much other work besides. The merits of CGD’s work on climate change mitigation were in fact recognised by our own, foreign government, which helped to fund it until a few years ago.

Norway, which established its forests and climate initiative in 2008 and was evidently growing concerned in more recent times about flagging international interest in the concept of REDD+, was impressed by CGD’s track record on climate change mitigation, and decided to get behind its work on reducing emissions from deforestation and forest degradation. CGD, with characteristic transparency, made information on the level and objectives of Norway’s funding available on its web site (here), and Norway (according to Roodman) disclosed the funding agreement and related correspondence in line with its own policies on transparency in public procurement.

The notion that CGD’s efforts could bring about a doubling of US funding for REDD+ was in reality a little fanciful—a better, more big-picture funding agreement would not have bothered with this—but hardly improper. Even if this oddly specific objective were achieved, it would not be hugely significant given the scale of financing required for effective action in this area, which would be some tens of billions of dollars per annum. The main game for both Norway and CGD was a revival of global interest in REDD+, with the goal of helping to deliver a global public good.

In short, there might be, in fact or in principle, funding arrangements between think tanks and foreign governments that would justify the article’s headline—‘Foreign Powers Buy Influence at Think Tanks’—but the Norway-CGD arrangement certainly isn’t among them. The public policy outcome sought in this case would yield global, not unilateral benefits; CGD’s climate-change-mitigation policy agenda was already clear and its work program well developed; and the funding arrangement was perfectly visible to anyone who cared to look. Norway funded CGD to do more of what it was already doing in a global context; not to take Norway’s side in some bilateral manoeuvring vis-à-vis the US administration.

CGD’s transparency, and Norway’s, has in this instance facilitated a beat-up. No wonder Australia’s Department of Foreign Affairs and Trade is hiding its aid program under a rock.

Robin Davies is Associate Director of the Development Policy Centre. He participates in the Center for Global Development’s working group on forest conservation, but receives no funding from the Center.