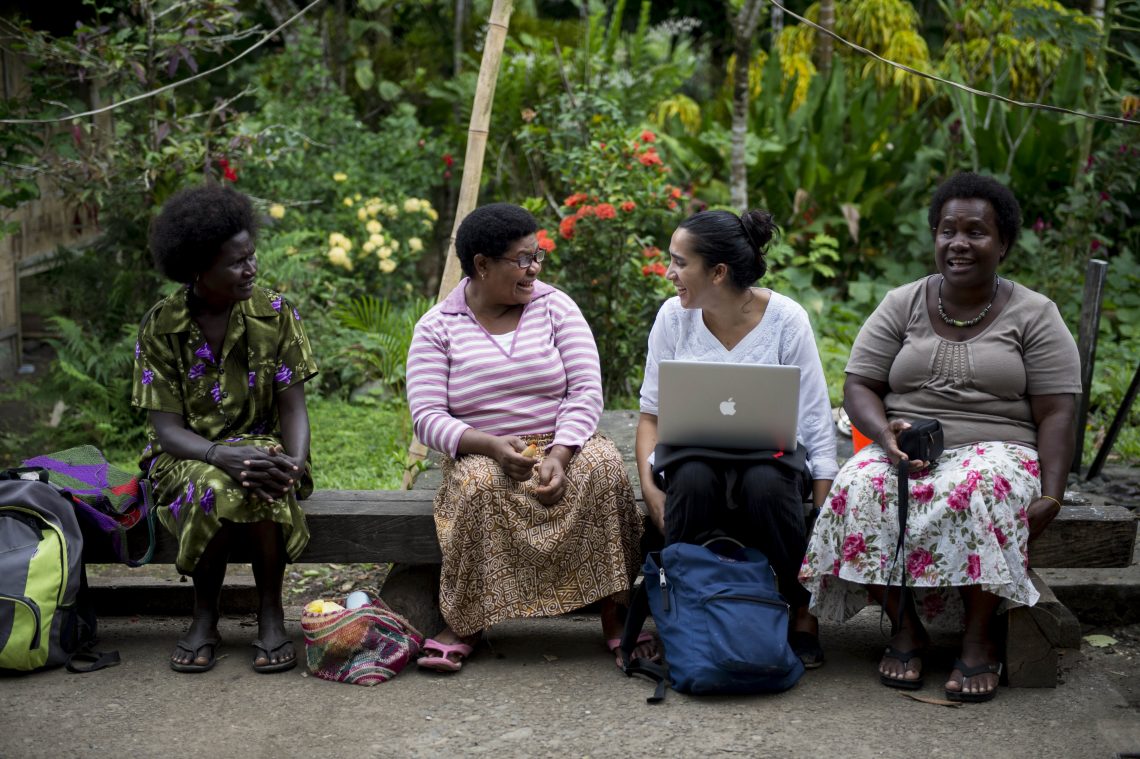 Thinking collectively, acting individually: governance in a time of COVID-19

By Miranda Forsyth and Gordon Peake

Scott Morrison has talked about Australia’s responsibility to the Pacific in the wake of COVID-19. He was right to do so. But recent history from parts of the Pacific can also teach us a thing or two at this harrowed time, most especially about how to gear up a population in service of a common cause.

Although it now feels like a long time ago, it is less than four months since a most successful referendum on future political status was conducted on Bougainville and the worst-case scenario of a measles epidemic blunted in Samoa.

The success of both efforts owed in part to the formal institutions of government (and international assistance) but as much to people of Bougainville and Samoa. Bougainvilleans – many as happy to avail of a beer as the average Aussie – observed a total booze ban, served as officials on polling booths and, effectively, self-policed themselves. It was a similar story in Samoa where the government reached out to engage with communities in a massive vaccination campaign, even shutting itself down for several days so public officials could assist with vaccinations.

It was this collective governance in Bougainville and Samoa that was responsible for these achievements. Local community leaders, chiefs, priests, pastors, elders, women’s groups, youth groups, and neighbours taking responsibility and exercising leadership at the local scale are key reasons why both efforts were unalloyed successes.

There are other examples too. We saw this also in Vanuatu in effective responses to Cyclone Pam and the eruption of the Ambae volcano. In all cases, the gravity or importance of the situation, the immediacy of the situation, and the extent to which people are personally affected by it, are some of the key factors influencing whether or not people are prepared to make individual sacrifices for the collective good.

The success of these endeavours accounts, sadly, for why they are receding rapidly from our consciousness, just as we will likely remember swine flu far less intensively than we will COVID-19.

So, what’s all this got to do with Australia? The examples suggest that for all that leaders might request that we follow their instructions such as social distancing, and cite the regulatory tools at their disposal, successful implementation of their instructions is heavily reliant on our collective action.

Our initial inabilities (most redolent in the case of the Bondi beach-goers but there are others) to follow edicts prompted a casting of our gaze rightwards. We looked to beefing up our regulatory state through increased control as the way to go: public haranguing, lockdowns, on-the-spot fines, handing over previously sacrosanct tracing data on our mobile phone, and bringing in the military. We look admiringly to the ‘strong states’ of Singapore and South Korea, even glancing a favourable nod towards heavy-handed policies used in China, such as barricading people into their houses until the virus goes away. Leaders gave our police forces sweeping emergency powers.

Yet, as we’re seeing, the prime reason for early encouraging signs that the infection curve is flattening owes less to the regulatory state and more to collective governance. But just as music needs both rhythm and harmony, we are not saying it’s not an either/or.

For sure, state institutions and officials are important but so too are our various civil society leaders, faith leaders, family leaders, thought-leaders, influencers on social media, everyday Australians standing a shopping trolley’s length away from each other. The extent to which we personally are affected by the events and their immediacy, is forging that same collective action here. Our emotions are clearly playing a role too.

Bougainville – still an autonomous region within Papua New Guinea – and Samoa are places in our region where the sinews and ligaments of collective governance are well-developed.

In Australia, our collective governance is much creakier and less well used. Our usual focus is on the regulatory state, formally expressed as policies, procedures, rules and budgets and we often feel separated from it. We rarely think of all of us rowing together towards a common goal or destination. But at times where the need is for collective community action, relationships at all different scales are key to keeping us all safe.

As such, collective governance is much more than questions of how our political leaders can convince us to follow them, important as that is. It is about how and why parents, teachers, mayors, community leaders, and others engage in actions for the collective good – setting up sewing machines in living rooms to produce face-masks, bringing the homeless into hotels, and organising shopping services for those who cannot get out.

As the exact balance between harmony and rhythm varies depending on the music, so different times call for a different emphasis on regulatory relationality. There are undoubtedly pay-offs, for instance, a greater emphasis on control by the regulatory state may build resentment and make the collective governance harder to draw upon. But it is also clear that strong regulatory actions – such as swift decisions to suspend flights – may also complement collective responses.

The present is a time for learning about the impacts of the different balance to be struck between relationality and more authoritarian regulation – throughout the Pacific islands region, as well as in Australia and New Zealand.

The question for the future is whether the value of collective governance at times of crisis should lead us, in Australia, to invest more significantly in the relational resources we all unconsciously depend upon. If so, how do we do it? This is an increasingly important question given the disruptions that something like climate change will bring.

Much can be learnt from a Pacific approach to thinking collectively and acting individually.