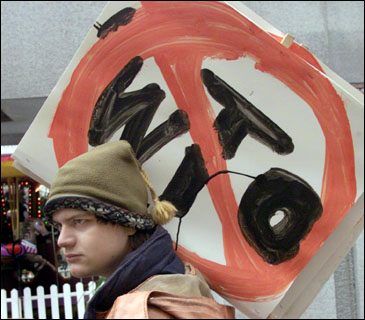 Trade Deals and Trade-Offs in the Pacific

There was a time when trade liberalisation was all the rage in development. Literally. Events such as World Trade Organisation meetings were frequently encircled by rioting ‘anti-globalisation’ protesters and police. In the media, those on either side of the debate let loose with salvos of argument and accusation — each side claiming the other was pushing policies that promoted poverty and harmed development.

For those in favour, lowering the formal barriers to international trade was the best available means of tackling global poverty. To those against, trade liberalisation meant sweatshops, developed country hypocrisy, the loss of national sovereignty, and more — not less — poverty.

Things were never quite as heated in the Pacific, but the debate played out here too, in the form of arguments around the proposed regional trade agreements PICTA and PACER. On one side of the debate, supporting the agreements were a range of economists, organisations like the (now defunct) Trade Liberalisation Network [pdf]and the Foreign Ministries of Australia and New Zealand. On the other side were NGOs like Oxfam New Zealand, organisations like such as AidWatch [pdf], Pacific Network on Globalisation (PANG), and – by means of full disclosure – people like me.

Those supporting trade liberalisation in the Pacific appealed to economic theory, arguing that barriers to trade were, in effect, barriers to the efficient allocation of resources and impediments to the ability of countries to specialise in what they did best. Tariffs, they argued, punished poor consumers who had to pay more for imported goods. Supporters of liberalisation also argued that the small island states of the Pacific needed to integrate with the global economy if they were ever to experience sustained economic growth. They argued that government revenues lost through tariff reduction could be recouped by the implementation (or raising) of consumption taxes. (This [pdf] paper by Duncan and Quang notes many of these points and discusses the debates; for a discussion of the potential for consumption taxes to offset GST see this paper [pdf] by Kaufmann).

Meanwhile, opponents of liberalisation also appealed to economic theory (so-called New Trade Theory which provided a theoretical basis for infant industry protection), and to historical evidence showing that the world’s developed countries became developed whilst shielding their industries from international competition (the book ‘Kicking Away the Ladder’ by Ha-Joon Chang was often the source of these arguments — you can read a summary here). Moreover, they claimed, the evidence mustered to illustrate the supposed growth benefits of free trade were questionable (here there arguments were based on papers such as this one [pdf] by Rodriguez and Rodrik). They also argued that consumption taxes were an inadequate substitute for tariffs particularly as they were more regressive, falling not only on imported goods but also on locally grown staples that formed a major share of poor people’s consumption. Finally, they argued that PICTA and PACER were being forced on reluctant Pacific governments by the overly assertive duo of Australia and New Zealand. (Many of these arguments can be found in this paper [pdf] by two members of PANG.)

Thanks both to the perennially stalled of Doha round of the WTO and also to the rise of competing issues such as the War on Terror and Climate Change much of the heat has gone out of the global trade liberalisation debate. In the Pacific the issue still remains relevant though: progress continues, albeit slowly, towards to the realisation of the PICTA and PACER agreements; and the various protagonists continue the debate, in more muted tones perhaps, through various media.

Who’s right? Or, at least, who do I think’s right?

I’m less certain than I used to be but, on balance, I think the critics of PICTA and PACER are more right than the proponents. The critical term here being ‘on balance’. The pro-liberalisation arguments do have merit: as five minutes in Honiara’s China Town will show you, it isn’t just wealthy elites in the Pacific who consume imported goods — the welfare costs of the tariffs are real, and might possibly be better allocated across the economies of Pacific Island countries via consumption taxes.

Yet, the ability of many (although not all) Pacific governments to effectively levy consumption taxes isn’t great — it’s unlikely that they would actually be an effective replacement for lost tariff revenue. Similarly, in small island economies, the transition costs associated with lost jobs in currently protected areas, where such jobs currently exist, aren’t insignificant. Labour markets in most Pacific Island Countries are not dynamic, unemployment is already high, and opportunities for the newly-unemployed few. Moreover, the historical evidence for the infant industry argument (that tariffs are necessary to allow new industries to develop) is reasonably persuasive.

So on balance I still side with the critics. However, I’m also not that sure that the stakes in the debate are actually that high.

In the case of job losses, the issue is real but my guess is that they won’t be numerous. And in the case of lost government revenue, in many Pacific Island states the tax revenue lost is likely to be small compared to aid related revenues and not necessarily spent that well anyhow. Likewise, infant industry policies may have worked in South Korea, but the internal economies of most Pacific states are tiny: is there really much scope for industries to actually develop shielded by tariffs? And do any of the Pacific Island states actually have the capacity to effectively follow industrial policy? None were able to under the lenient, tariff-friendly, SPARTECA trade regime of old.

Similarly, if it’s the trade liberalisation skeptics who are wrong and the pro-trade liberalisation camp who are right, it’s unlikely that the stakes would be any higher. As I mentioned there are some potential static welfare benefits that could come with reduced tariffs. But with respect to actual long-run economic growth, tariffs aren’t likely a major barrier. The inefficiencies associated with them are, it seems to me, trivial when weighed up against the other impediments to economic development in the Pacific: geography, human capital, and the interaction of informal institutions and economic incentives.

And ultimately this is where I differ from both sides of the trade debate in the Pacific: compared to other development issues, I don’t think the differences between the competing trade regimes are actually that important. Compared to climate change, governance, aid effectiveness, and the potential benefits of migration schemes, the development ramifications of trade deals are unlikely to be significant.