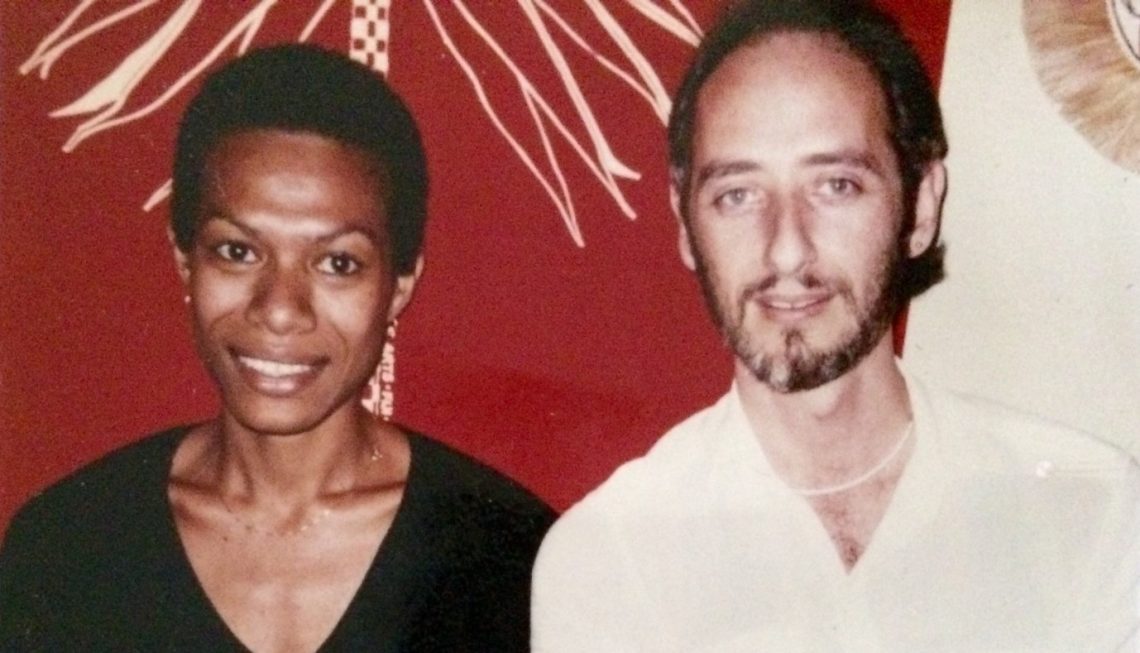 The pictures of Professor Pal Ahluwalia, the Vice Chancellor of the University of the South Pacific (USP), and his wife Sandra Price on the morning of Thursday 4 February during their long and unexpected plane journey back to Brisbane after their shock expulsion from Fiji brought back memories for us.

Former Prime Minister Sitiveni Rabuka, still very much a politician and leadership contender for elections in 2022, argued that the FijiFirst government’s behaviour in deporting Ahluwalia and his wife was nothing short of childish. He should know. He began Fiji’s coup culture with two coups in 1987, unleashing a wave of violence upon Fiji’s people: assaults, burglaries, arson, and imprisonment. One group of demonstrators was gassed. Dr Anirudh Singh, a university scientist who criticised Rabuka’s biography, was hijacked by a military unit and severely tortured, his hands broken. In effect, anyone who by their actions signalled dissatisfaction became fair game.

In January 1988 we found that we too had become fair game. After the first coup in May 1987, we had been warned by economist Wadan Narsey (another victim, later forced out of USP by government pressure and, in his case, the Bainimarama government) that our close friendship with William Sutherland, the deposed Prime Minister’s permanent secretary, might create problems for us. (William escaped Rabuka’s military, who came for him immediately after the first coup, and managed to leave the country. But at Nadi, troops dragged him off the plane. Only the pilot’s brave refusal to take off without all his passengers enabled him to leave.)

In reality, anything could cause problems. USP where one of us (Robbie) worked as a senior lecturer had long been subject to cliques at loggerheads with each other. A simple call to the military could create a lifetime of pain for helpless individuals. Then VC, Geoffrey Caston, soon discovered this when hash harriers (social runners) left their cars outside his home and he was charged with holding unauthorised meetings. We had a member of Rabuka’s shadowy Taukeist activists living next door to us in Raiwaqa who didn’t look kindly on us, particularly around the time of the second coup in September 1987 when he held operational meetings in his home.

We also brought attention upon ourselves because we decided to write on the coups in our evenings. All news was censored, so to find out what was happening we would frequent certain bars where public servants and officers often hung out. Asking the odd question, but mostly listening to conversations, could provide some framework for understanding what was happening.

The other author of this piece (Akosita) was a journalist with the then Fiji Sun, but also did stories for London’s Gemini news service. She had been asked to send a story on the current political scene, but the only way to get it out was via Fintel, the government’s centralised telecommunications system. She discovered on handing over the article to be faxed that Fintel had been militarised. An officer read her piece, said the fax was down and asked her to come back in the late afternoon. We did, but before we could enter an employee exited and whispered that a whole group of soldiers was waiting for her. We decided to leave but were followed by a military vehicle for some time. Eventually we headed up to the Sun editor’s home and got approval to fax from the newspaper’s offices. That still had to go through Fintel and was refused. In the end we used an old telex. But no sooner had the article been sent, power to the suburb was cut.

From that moment on, things seemed to heat up. Our house was raided by military intelligence. The family we allowed to live in the empty quarters under the house was turned against us and became the military’s spies. And our phone was tapped. After the first raid we took to taking everything to work that we had been writing in the evening.

Then everything went quiet. Classes finished at USP and we travelled to Vanuatu where Robbie taught for three weeks. Then we took a three-week holiday in Australia, in part to relieve the tension that went with two military coups, roadblocks, curfews, arrests, and beatings of friends.

When we returned in January, we went to Akosita’s parents to inform them that we intended to marry. On arriving back in Suva, Robbie received an urgent message to go to the university. There he was told that the government had decided not to renew his work visa and asked that he leave the next day. The university suggested we go into hiding while they tried to sort it out. The sociologist Vijay Naidu (later thrown by the military into Fiji’s old death row cells) kindly took us up to the New Zealand High Commissioner’s residence, but his wife informed us that her husband was in the bath preparing to go out. We couldn’t help Richard Naidu (another expelled local who had been assaulted by Taukeists), she argued. What makes you think you are different?

The next day was busy. Packers in to remove nine years of living. Then a quick trip down to the Registry Office. Then off to historian Jacqui Leckie’s house ostensibly to hide. Nothing worked. Everyone knew where we were and Rabuka refused to budge. He told a New Zealand paper that Robbie was a security risk and had to go. So he eventually did, flying first to Auckland to stay with journalist David Robie, feeling we suspect much like Ahluwalia and possibly thinking: how did it come to this. And what is next?

As it turned out USP was good to Robbie. They kept him employed and planned to install him in Vanuatu. He would fly into Suva two or three times a semester to teach. But once the Fijian government heard of these plans, they declared him a prohibited immigrant and encouraged Vanuatu to ban him also. He eventually found work in Australia and the university paid for our effects to come over.

All’s well that ends well, and he did go back to teach again in Fiji as a professor of development studies in 2004, smartly leaving ahead of the well-advertised 2006 coup. That coup was led by the current Prime Minister and bore all the clandestine and nasty tactics that Rabuka and others had employed since 1987 in the name of sovereignty. This is a country that now chairs the UN Human Rights Committee yet has managed to impose a draconian curfew ever since COVID-19 became a potential threat. Standing up to political pressure is not something that comes naturally to the politically appointed USP Council. Let’s hope it does for Pal’s sake and for the health of the Pacific’s regional university.

Let’s hope also for the notion of academic freedom, unfortunately often more honoured in the breach in the Pacific. In the early 1980s Mara’s pre-coup government pressured Ziam Baksh – a young Indo-Fijian academic – who called for a common term to refer to all Fijian citizens. Much later, USP bowed to criticism and forced Professor Narsey to resign. Governments like to be in control, and Fiji is no different from many others in this regard, preferring instead a culture of silence. But its assault on good governance under the pretence of sovereign rights, its attempt to pre-emptively sack a Vice Chancellor, now threatens to unwind the Pacific’s great experiment in regional education and end the diversity of views and pathways so valuable for any democracy that wishes to garner the best for its peoples. All will lose if they succeed.

Robbie Robertson
Robbie Robertson is Adjunct Professor at Swinburne University of Technology in Melbourne where he was formerly Dean of Arts, Social Sciences and Humanities.