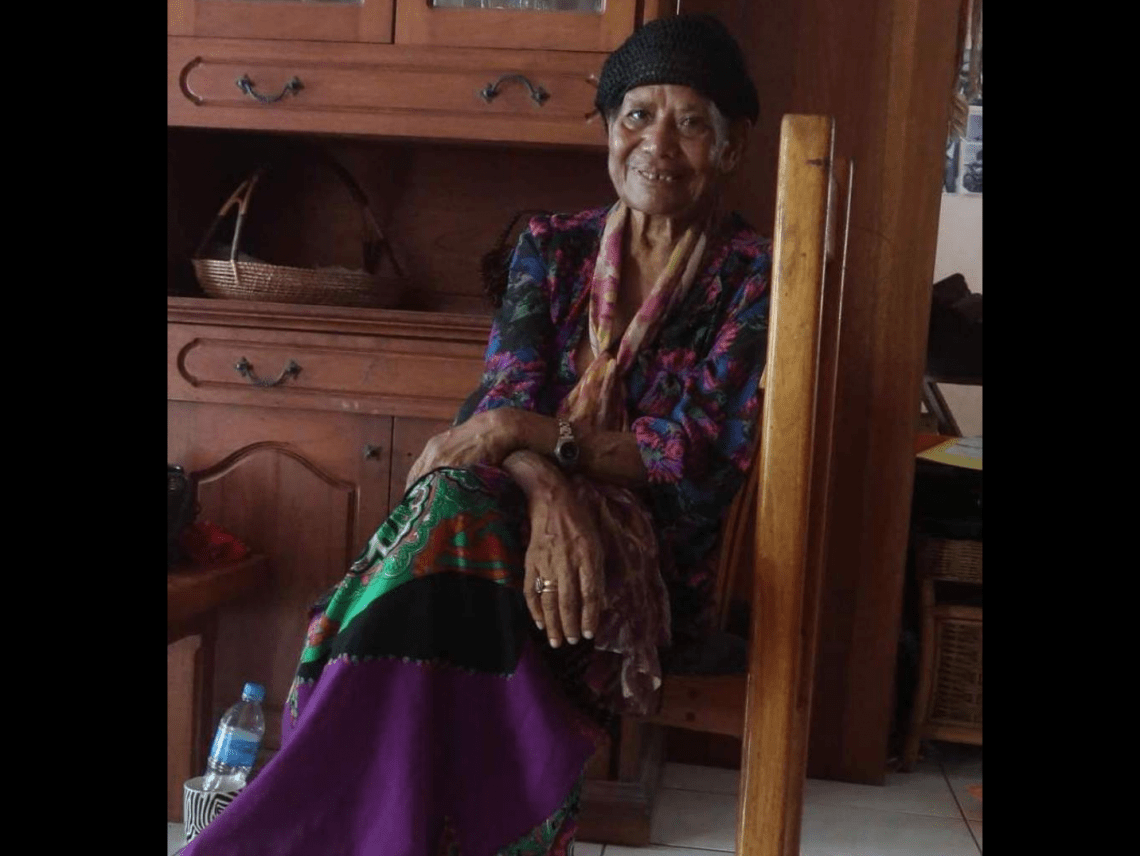 By Sadhana Sen and Gynnie Kero

Trailblazing, hardworking, audacious, always vivacious and at times controversial – some of the descriptions offered of Papua New Guinea and Manus pioneering woman in politics, Nahau Rooney, who passed away on Tuesday 15 September, aged 75.

Nahau Rooney was one of only three women elected at PNG’s first post-Independence elections in 1977 to its 109-member national parliament, where she represented the electorate of Manus.

She drew controversy during her early career when as Minister for Justice in 1979 she was sentenced by the Supreme Court to eight months in jail for interfering with the administration of justice. Then Prime Minister Sir Michael Somare assumed the Justice portfolio and overturned the decision immediately.

This early tussle for power between the executive and judiciary – narrowly over whether the judiciary had the right to review deportation decisions, but more broadly an assertion of power by a newly-independent government – led to most of PNG’s foreign judges resigning, and thus brought about the appointment of PNG’s first national judges.

On hearing the news of her passing, Grand Chief Sir Michael Somare described Nahau Rooney as a “hardworking female Papua New Guinean” during his term as prime minister. “She was a wonderful woman and she worked very hard for Papua New Guinea. I feel sorry for the Manus people especially her family. Manus has lost a great leader in Nahau. She performed very well as a woman and she showed that women in Papua New Guinea can do something.”

Dr Oruvu Sepoe, former Head of Politics at UPNG, commented: “Nahau Rooney was articulate and forthright in her views on issues of public concern. With a smile always, she made her point, without fear or favour. In my view, she displayed a leadership style that was both masculine and feminine, which reflected her vast experience in dealing with the harsh realities of PNG politics. She lived her last days in the same neighbourhood as myself, as a humble, down-to-earth citizen.”

Former UN Women Pacific Regional Director Elizabeth Cox, who spent decades working with PNG women’s organisations, recalls, “Nahau Rooney was an energetic member of the early post-independence governments that made genuine efforts to catalyse constitutional promises of equality, participation and a focus on rural development. Sir Michael Somare believed in Nahau. Her female peers were inspired by her and she enjoyed the support of a loving husband, happy to let her shine while he worked hard at home in Manus researching disease in staple food crops and building their family’s small business.”

PNG Governor General Sir Bob Dadae also expressed sadness over the news of Nahau Rooney’s passing, “As the first female politician of our country soon after our independence, Rooney demonstrated early on to the womenfolk that women too can become politicians and be involved in decision making, a task that is, in our society, traditionally performed by the men. She held various ministerial portfolios during her political career and was not one to hold back from freely expressing her opinion. She set the benchmark for women at a time when women’s role in society was relegated to the home and not in decision making for the nation as a politician and minister of state. To the people of Manus, Rooney demonstrated to the rest of the country the potential of what the women of Manus can achieve.”

Nahau Rooney was re-elected in 1982, becoming the only female member of that parliament, but lost in 1987. In the 2000s, retired from politics, her environmental and women’s rights activism continued, while she ran the family’s guest house on Manus Island. She served on the Council of the University of Papua New Guinea, where she had much earlier studied social work. In 2006, she was honoured with the title of the Companion of the Order of the Star of Melanesia.

She supported many good causes along the way, and was a leading advocate for women to organise and raise their collective voice, serving for a time as President of PNG’s National Council of Women. She was a constant and inspiring presence at conferences and workshops to encourage women’s participation in politics. Climate change and its impact on the environment in her province Manus and elsewhere in PNG and the Pacific were among her many passions and worries, as was the Manus regional processing centre. Elizabeth Cox recalls, “She was against destructive logging and fishing and, as early as 2001, protested the Australian government moves to make her beloved home a prison for asylum seekers.”

Nahau Rooney was married to Wes Rooney, an Australian, who was tragically murdered on her home island of Manus. She is survived by her children, Kevin, Michelle, Poyap, Gabriel, Nawes, Eva, and many grandchildren and great grandchildren.

Nahau Rooney, a pioneer among the small band of PNG women who have been elected to PNG’s parliament, was an inspiring figure across the generations, not only in Papua New Guinea, but also across the Pacific. We owe it to her life and memory to make sure that many other women follow in her footsteps into the PNG parliament and cabinet, and quickly.

Postscript: One of Wes and Nahau Rooney’s children, Michelle, is our dear colleague at the Development Policy Centre. Our sincere condolences to Michelle and her family at this time of grief.

Note: An earlier version stated that Ms Rooney was the provincial representative for Manus. She was in fact the open member for the electorate of Manus. The error has now been corrected.

Gynnie Kero
Gynnie Kero is the news editor with the Papua New Guinea daily, The National.