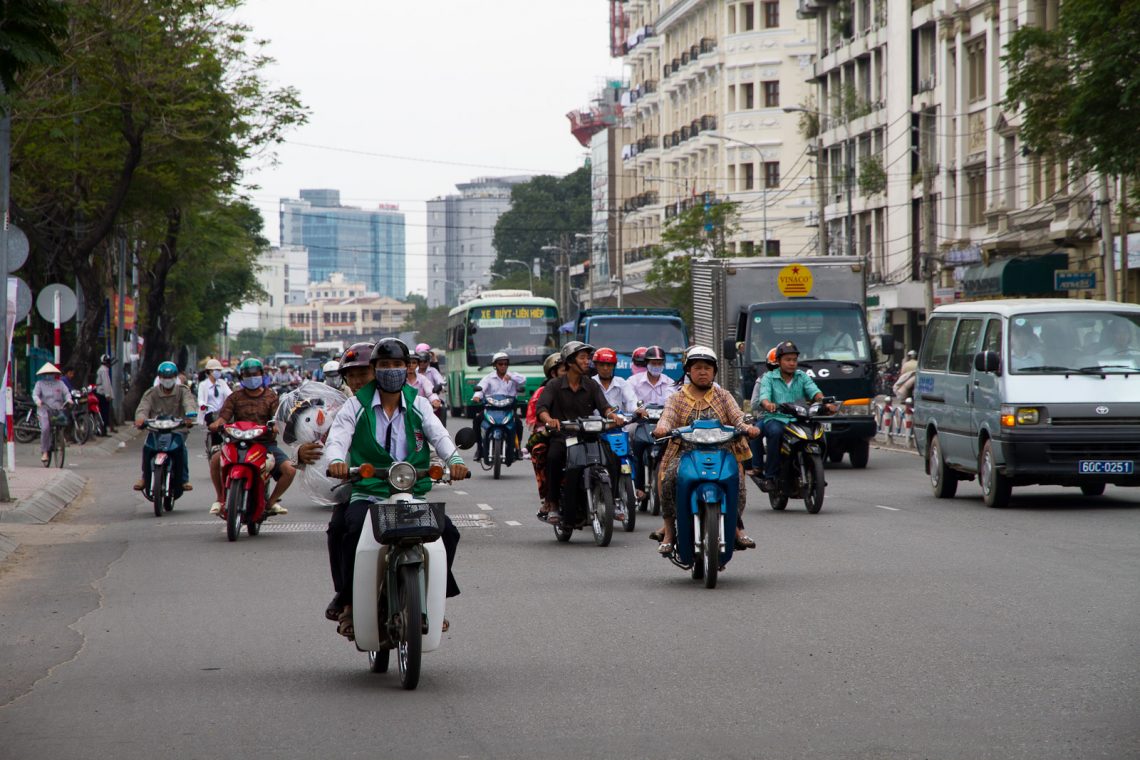 By Misha Coleman and Margaret Sheehan

Daily, a staggering quarter of a million people use the public bus network in Ho Chi Minh City, Vietnam’s largest metropolis. This week, just a month after services were suspended, the distinctive green vehicles are back on the roads. That’s good news for the millions of children heading back to school for the first time in three months.

Bus passengers and school children are just two of the beneficiaries of Vietnam’s remarkable success in suppressing COVID-19.

As of 11 May, the country has reported zero deaths, just 288 positive COVID-19 cases and no community transmission since early April.

It’s all the more remarkable when you consider the country shares a border with China, is home to nearly 100 million people, and has a greater population density than China, Indonesia, the United Kingdom or Italy.

Vietnam has drastically flattened the coronavirus curve at a relatively low cost through early action, a targeted approach and strong political leadership.

In a quirk of fate, when the pandemic struck the Health Ministry was under the control of one of the country’s longest serving Deputy Prime Ministers, Vu Duc Dam, after the Health Minister was forced to step down last November. This unclogged the bureaucratic arteries and gave the pandemic response extremely high-level political authority.

Vietnam – always highly attuned to events occurring across its northern border – acted quickly and before the virus had an opportunity to become entrenched. On 3 January, authorities put hospitals and local health departments on high alert for cases of the “new pneumonia”.

When two Chinese nationals travelling in Vietnam tested positive on 23 January, the government launched a public information campaign. This included everything from online content on websites and social media, to messages blasted across the country’s ubiquitous loudspeaker system.

The country’s people, conditioned by the 2003 SARS outbreak, reacted immediately and, in some ways, even overreacted, with many restaurants and shops banning foreigners. Expatriates reported locals crossing the road to avoid coming into contact with them.

While South Korea fought the virus with expensive mass testing, Vietnam chose a less costly route. Authorities quarantined those infected, then pursued aggressive contact tracing down to second and third-hand contacts. They quickly developed a tracing app that has been the most downloaded free app in the country since its 10 March launch.

Meanwhile, authorities set about creating a targeted testing regime. At the beginning of the outbreak, there were just three laboratories equipped to test for COVID-19. By April, that number had leapt to 112. So far, more than 260,000 tests have been conducted, with just 288 positive results.

While that is fewer than 2,700 tests per million people, it’s by far the highest ratio of tests to confirmed cases anywhere in the world. The targeted testing approach also bought Vietnam extra time, which it has used to roll out testing to anyone showing symptoms of the virus.

During March, face masks were made compulsory, provincial borders were closed, and foreign entry was banned. Those allowed to return from other countries, such as Vietnamese nationals, were taken straight from their port of entry for a 14-day quarantine at an army base. At least 80,000 people across the country have been placed in quarantine so far.

The economic damage in Vietnam, as elsewhere in the world, has been significant. Up to 10 million workers are estimated to have lost all or some of their income. The government has stepped in with income support for poor households and contract labourers and is providing zero interest loans for businesses.

But the best remedy lies in getting normal life and economic activity back. The successful suite of measures isn’t just paying dividends for buses and schools; the government began easing restrictions on many businesses as early as 23 April.

Vietnam’s response to COVID-19 is one of Southeast Asia’s most successful interventions so far. The challenge now will be to maintain this level of vigilance even as life heads back towards normal.