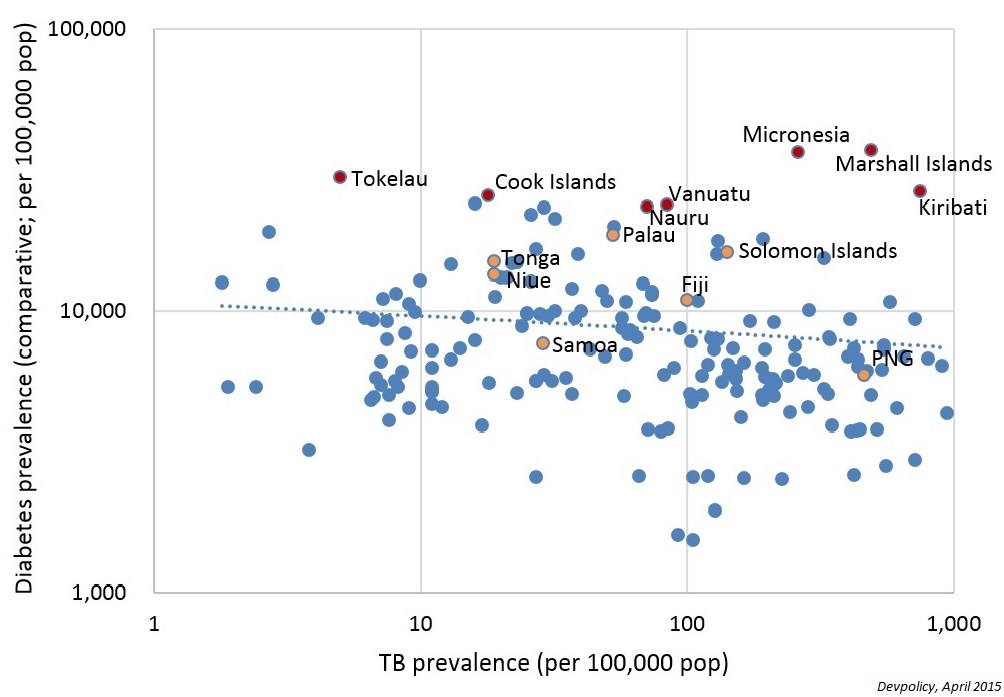 Kerri Viney recently blogged about the co-epidemic of tuberculosis (TB) and diabetes in Kiribati, including the alarming figure that 7 of the 10 countries with the highest prevalence of diabetes in the world are located in the Pacific.

Just how far do Kiribati and other Pacific nations stand out from the crowd when it comes to TB and diabetes? When diabetes prevalence is plotted against TB prevalence for 195 countries (Figure 1), the severity of the TB-diabetes co-epidemic in the Pacific is immediately apparent.

The 7 countries that are in the top 10 for diabetes prevalence are highlighted in red; for comparison, other Pacific Island countries included in the dataset are indicated in orange. 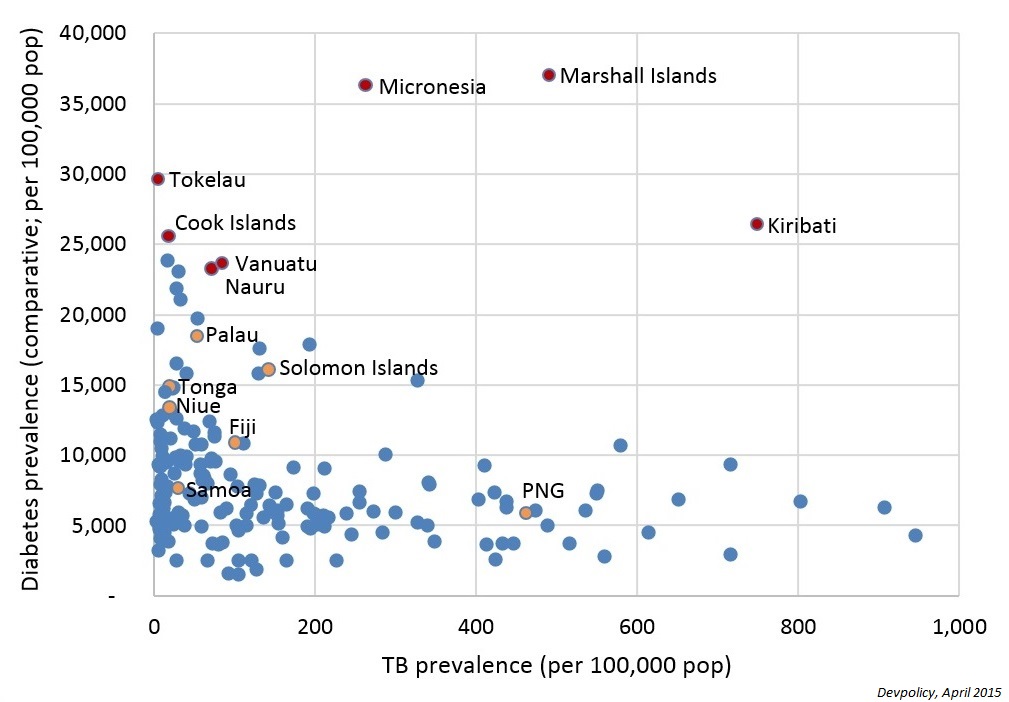 A couple of important notes about this scatterplot:

When the data is plotted on a log scale (Figure 2), we can see that globally there is a negative relationship between prevalence of TB (historically a disease of poverty) and diabetes (a disease of affluence). But this is not the case in the Pacific, where the three countries with the highest rates of diabetes in the world are among the four highest in the Pacific in terms of TB rates.

Based on these data, the double burden of communicable and non-communicable disease appears particularly acute in the Pacific; perhaps the most acute of any region in the world.