The way we were: mean and meaner still

One practical way to think about how generous we are as a nation to the world’s poor is to compare it to the cost of a cup of coffee (says something about our changes as a nation that the comparison is no longer with a beer or a tea). With the continuing slashing of the aid budget, Australians now give, through their government, $2.94 per week. My coffee costs $4.50 at the local café. So on average, we are down to two-thirds a cup of coffee a week in our support for the world’s poor. This is down from $3.25 last year, and from the one cup of coffee a week peak of $4.67 in 2012-13.

We have returned to below the levels of the 1970s and 1980s, even though we are now on average much richer. As noted elsewhere, in comparisons to other countries, we have moved below the average of other rich countries when it comes to generosity. And going forward, even with an aid budget growing in line with inflation, population growth means we will become meaner. Of course charity (or love) begins at home, but it does not end there. We can no longer think of ourselves as a generous nation – we are mean and becoming meaner still. I could give up a cup of coffee a week. How can we convince others that it is in our moral and national interests to do so? 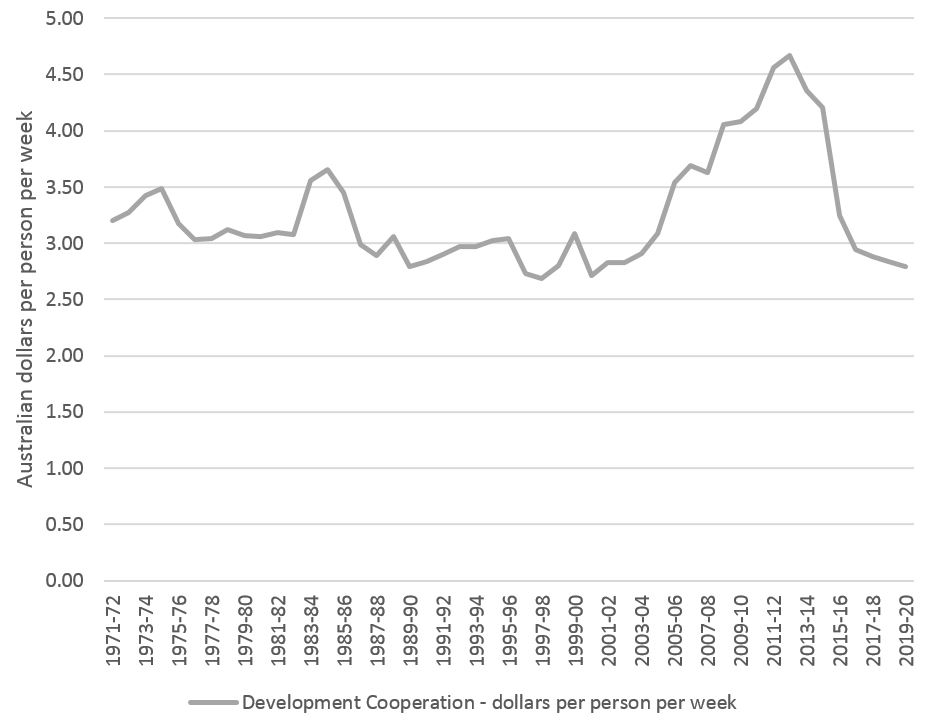