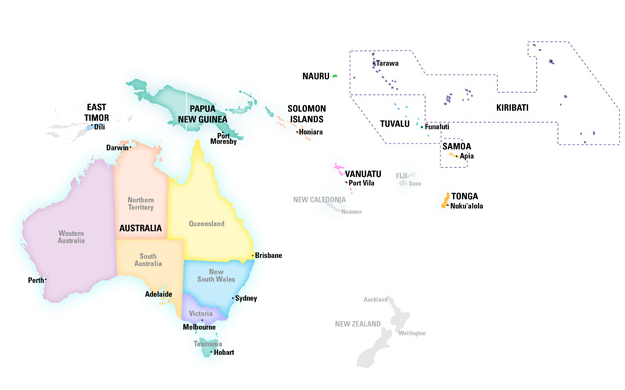 What future for the seasonal worker program? A conference report

A conference to launch the Australian Government’s Seasonal Worker Program was held in Sydney on 1-3 August 2012. It attracted a large number of participants from the Pacific and Timor-Leste. Also present were industry association representatives, and a few employment services (labour hire) companies and growers from the main industry it is serving, namely horticulture.

The official description of the Seasonal Worker Program, the new permanent program which in July 2012 took over from the pilot Pacific Seasonal Workers Pilot Scheme states that:

The objective of the Seasonal Worker Program is to contribute to the economic development of Pacific Island countries and East Timor. The program will also offer a reliable, returning workforce to Australian employers who have a demonstrated unmet demand for labour and a commitment to Australian job seekers.

The duration of the seasonal workers’ jobs in Australia can range from a minimum of 14 weeks to a maximum of six months. Workers have to return home within seven months of arriving.

Employers are required to arrange suitable accommodation, and organise health insurance and transport to and from work. Employers also have to pay upfront the full cost of the workers’ international airfares to and from Australia, but can later recoup a proportion of that cost from the workers, depending on the cost of the air travel to Australia. Employers have to help workers get access to personal banking and to assist with other administrative matters.

The program has a cap of 12,000 workers over four years. Of this number, 10,450 places are going to horticulture, with tapered yearly targets from 2,000 this year to 4,500 in the final year. In addition, 1,550 places are reserved for a small-scale, three-year trial in four new sectors: accommodation, aquaculture, cane and cotton in specific regional locations only and for specific occupations.

Richard Bedford, from the University of Waikato who has investigated the productivity performance of seasonal workers in New Zealand (see his presentation at a recent Devpolicy forum here), highlighted the lower priority given to meeting employers’ needs in the Australian program. Priority instead is given to protecting potentially vulnerable workers, a theme emphasised by a number of government speakers.

It was also clear from the conference that the controls in place such as the cap on the number of workers, the detailed compliance and monitoring requirements, and allowing only some regional areas to participate in the trials are in response to pressure from stakeholders in Australia to limit migration from the Pacific and Timor-Leste. This was made explicit by Louse Tarrant, National Secretary, United Voice, the union representing workers in tourism and hospitality. She stated that the development goals of the Program are foremost and meeting industry labour shortages should not be the driver. Ms Tarrant said the aim of the program was not to supply skills to the hospitality industry other than on a small scale and for specific regional areas.

Competing with cheaper sources of labour

The take-up of the pilot scheme was very low for the first year (only 130), rising to an accumulated total 1,600 by the end of the pilot which was still below the cap of 2,500.  ANU’s Stephen Howes and Danielle Hay’s assessment (see the blog here and report here) of why the pilot program did not get a higher take-up noted that a large number of backpackers aged 18-30 years are granted work visas each year.  These visas allow backpackers to work in Australia for up to three months per year. If the work is agricultural in nature, a second year’s work visa can be obtained. A survey of growers showed that backpackers are now the main source of fruit-picking labour.

The DIAC annual report notes that 185,480 Working Holiday (subclass 417) visas were granted in 2010-11. Howes and Hay have estimated that 37,000 of these are working in horticulture. Employers of backpackers have obligations no different from other employers.

A representative of the Department of Immigration and Citizenship (DIAC) at the conference noted that an estimated 100,000 illegal residents are in Australia. However, in the DIAC annual report for 2010-11 only 13,831 illegal non-citizens were located and only 515 notices were issued to employers of illegal workers with 75 employers receiving more than one notice. It is also important to note that the problem of illegal work in horticulture is not restricted to illegal residents. Many backpackers may not be paid the minimum wage, their super contribution, or may be paid in cash.

DIAC’s efforts to date to prosecute employers of illegal workers have been overwhelmingly  unsuccessful, as the independent Howells Report in 2010 showed. Of some 100 cases investigated, only 10 had enough evidence to investigate in depth. Of these, three were in the agricultural/pastoral industries.  None of these cases led to a successful contested prosecution and in one case only, the defendant pleaded guilty to a lesser charge.

The Government is introducing in August a new approach to compliance. At the bottom of a pyramid of measures are warning notices for employers of illegal workers, followed by civil sanctions (which are easier to prove in court) with criminal sanctions at the top of the pyramid with prison sentences the ultimate sanction.

The large increase in the number of checks by employers (up to 1.4 million checks) to see whether their workers have a valid work visa through the Visa Entitlement Verification Online system is a good indication that the message is getting through. However, this new system of enforcement may have little impact without some high-profile successful prosecutions of employers of illegal workers.

Many employers of illegal workers believe that they will not be prosecuted successfully even if they do receive a warning, as the Howells Report noted. The same report also showed that the funding available for DIAC’s compliance activities has been in decline for the last decade. It is widely recognised that a important reason for the success of the much larger New Zealand seasonal Pacific worker program is that the introduction of the scheme was preceded by a crackdown on illegal workers.

Red-tape and lack of information

The Australian seasonal worker program is heavily managed with four federal government departments or agencies involved in administering or monitoring it. This together with its range of requirements and compliance monitoring will discourage employers from taking on seasonal workers under this program, compared with the options of using backpackers or illegal workers. Although some reporting requirements have been reduced (monthly reporting is no longer required), some processes seem to have been made more complex. As before growers wanting to participate need to sign an agreement with DEEWR. But now they need to sign not one but two agreements with DIAC, with separate application forms.

Another disincentive for employers is the lack of systematic information on the productivity of seasonal workers (new & returning) compared with other types of workers. This will also make the program a hard sell to many growers operating on narrow cost margins. The failure of the government to release the long overdue evaluation of the pilot scheme only makes things worse.

The Sydney conference was a welcome initiative, and the mood at the conference was upbeat, particularly as representatives of the labour sending countries from the Pacific and Timor-Leste competed with each other to position themselves as senders of reliable, hard-working labourers. But the conference presentations as well as side-line conversations also threw up major challenges which the program will need to tackle if it is to succeed.

If the program take up continues to be low, major changes will be needed, including in the employment arrangements for working holiday visa holders and more funding to control the use of illegal workers in the target industries.

This blog is a part of a series on the Pacific Seasonal Worker Program. Other blogs in the series can be found here.

Richard Curtain is a Melbourne-based public policy consultant who was representing the Recruitment and Consulting Services Association of Australia and New Zealand at the Conference.