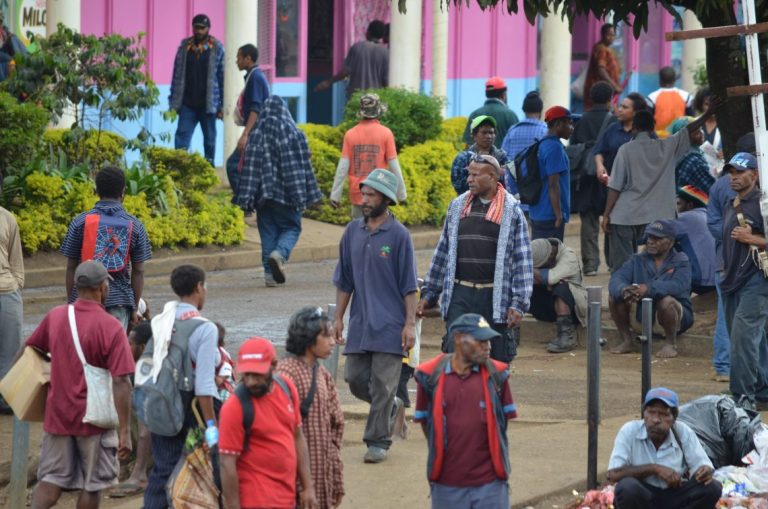 What is the population of Papua New Guinea?

By Michael Bourke and Bryant Allen

The short answer to the question posed above is that nobody knows and there is no official estimate of the population of the country in 2020.

Estimates vary among sources but are usually between 8 and 9 million. For example, a figure of 8 million is used in the PNG Agriculture Medium Term Development Plan 2020–2022 developed by the national Department of Agriculture. A paper in early 2020 by the National Research Institute projected provincial populations totalling 8.943 million for 2020, with a caution that their estimates should be treated as minimum figures. That figure is similar to that given by the United Nations of 8.947 million, presumably because similar techniques were used to generate those estimates. The CIA World Factbook gives the population as 7.3 million in July 2020.

The censuses conducted in 1980 and in 2000 are generally considered to provide reasonably good estimates of the provincial and national populations. There has not been a reliable national census for over 20 years, as the 2011 national census was considered a failure by the PNG government.

Knowledge of the national population of PNG is important. This is needed to calculate many important statistics which are required for planning purposes. These include the death rate, population density, food consumption, employment and income. It is also necessary for the provision of services including schools and health facilities.

The proportion of people living in urban areas in PNG is one of the lowest, if not the lowest, in the world. This has been consistent in each national census, with 12–13% of the total population living in designated urban areas.

Most PNG towns have spread physically beyond their urban census unit boundaries into surrounding rural census units. The outcome is that enumerated urban populations are probably lower than the real numbers of people who live in towns in PNG. This may explain to some extent why the proportion of the population who live in towns is not reported to be increasing. Most urban boundaries need urgent review before the next census, but this would be a major exercise.

The urban citizen population in the 2011 census was 902,900 people, with a further 20,900 non-citizens living in PNG, many of whom lived in urban locations. The urban population in 2020 is not known but would be well over one million people. Given the likely underestimation of the population in many urban centres because of out-of-date urban/rural census division boundaries, it is possible that the urban population could be as high as 1.5 million. Again, we do not know this figure.

As well as those living in designated urban centres, about 6% of the national population live in ‘rural non-village’ situations. These are rural schools, mission stations, plantations, oil/gas and mining camps, logging camps and agricultural research stations. These are in rural areas, but they are not villages, hence the term ‘rural non-village’.

The national census was scheduled for 2020 but was deferred to 2021 because of the COVID-19 pandemic. Only limited preparations have taken place for a census in 2021. Whenever the next census is held, it is most important that it is conducted carefully and competently. Papua New Guinea should seek assistance from international experts in censusing in conditions similar to PNG. It will require international funding to provide the resources needed to plan well in advance, do the counting and analyse the results. It is worth considering whether the national census should occur over the whole country within a few months, which spreads the expertise thinly across the whole nation and is difficult to properly supervise. Collecting census data over 12 months, with fewer well-trained and well-resourced teams moving progressively from province to province, working closely with district staff, ward councillors and locally employed field staff, could deliver a completer and more credible census.

Michael Bourke
R.M (Mike) Bourke is an Honorary Associate Professor in the College of Asia and the Pacific at the Australian National University.

Bryant Allen
Bryant Allen is an Honorary Associate Professor in the Department of Pacific Affairs at The Australian National University.