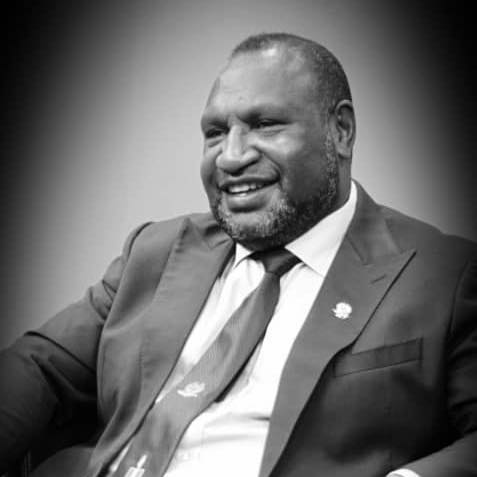 What it takes to change a prime minister in PNG

The Papua New Guinean Supreme Court ruled this week that PNG’s Parliament will return on 14 December 2020. Now that a possible vote of no confidence against Prime Minister James Marape looks likely, I ask: how can PNG change its prime minister?

Outside an election, a vote of no confidence is only one such mechanism. PNG’s constitution provides for the dismissal of the prime minister from office for breaching the Leadership Code (s. 142(5)(a)), removal from office on health grounds (s. 142(5)(c)), suspension from office pending an investigation (s. 142(6)), as well as removal through a vote of no confidence (ss. 105 and 145). A vacancy can also occur if the prime minister resigns, dies or has his election invalidated by the courts.

Since PNG’s independence, no prime minister has been dismissed from office for breaching the Leadership Code, though, in 2011, Michael Somare was suspended for two weeks as PM for his failure to submit complete annual returns to the Ombudsman Commission.

No PM has died in office. Michael Somare was removed by Parliament for being unfit when he was undergoing medical treatment in Singapore in 2011. The Supreme Court ruled his removal unconstitutional since expert opinion was not sought. But Parliament ignored the ruling.

There have been numerous challenges to the validity of a PM’s election on the floor of Parliament, including Marape’s own election, but the Court has only ruled one election invalid. On 23 September 1993, as the 18-month grace period was coming to an end, Prime Minister Paias Wingti secretly resigned, hoping to be re-elected the next day and enjoy a fresh 18-month grace period. When Speaker Bill Skate announced the vacancy and call for nomination the next day, Opposition MPs protested and left the chamber. Government MPs proceeded to elect Wingti as PM. A year later, the Supreme Court ruled the re-election of Paias Wingti to be invalid.

Now we come to votes of no confidence.

In total, since independence, PNG has had nine prime ministers elected on the floor of Parliament following a general election, but only two have completed their terms: Michael Somare (2002 to 2007) and Peter O’Neill (2012 to 2017). As mentioned above, Somare was replaced by Peter O’Neill in 2011 on the disputed grounds of ill-health. Three PMs have been replaced through votes of no confidence (Somare by Julius Chan in 1980, Somare by Wingti in 1986, and Wingti by Rabbie Namaliu in 1988) and three others resigned to avoid a vote of no confidence (Wingti in 1993, Skate in 1998 and O’Neill in 2019).

The notice for a motion for a vote of no confidence must be signed by one-tenth of the MPs (at least 12 out of 111 MPs). It then goes before the Private Business Committee (PBC) for vetting. The notice should include the name of the alternative PM (if within the first four years). Once the PBC is satisfied that the required procedures have been followed, the motion is then listed on the notice paper. The next day the Speaker announces to Parliament that a vote of no confidence has been moved against the PM. Parliament is adjourned for a week and then proceeds with the vote of no confidence.

This process can be delayed if government MPs dominate the PBC. This is why the Opposition voted to reconstitute the PBC with its supporters on 13 November. The government reversed that decision on 17 November when Opposition MPs were absent, but the Supreme Court has ruled all decisions of 17 November were invalid, which restores the PBC back to the Opposition’s control. From past experience, the vetting process can be done in a day if the PBC is supportive.

What all this means is that the Opposition will need to nominate a leader by Monday, 14 December if it plans to table its motion of no confidence as soon as Parliament resumes. If it does so, the critical showdown between the current PM and the nominated alternative would then take place the following week.

Of course, it might take much longer to organise than that. However, as noted in an earlier blog, due to the high turnover rate of incumbent MPs, politicians have historically been reluctant to institute a vote of no confidence within the last 12 months of a parliamentary term as, if they are successful, elections are brought forward. This gives the Opposition until 30 July 2021 to try to change the prime minister.