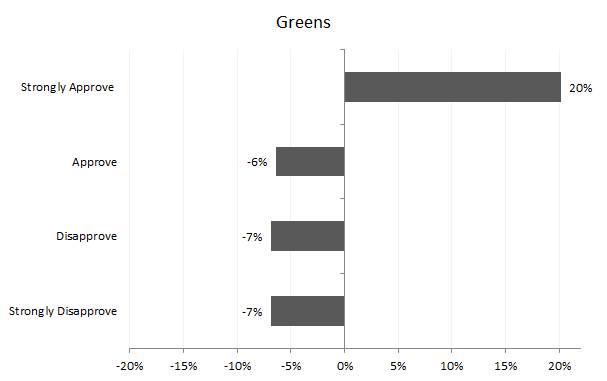 I’m not so naive as to believe there is a simple relationship between public opinion and aid policy. Not many Australians decide who to vote for on the basis of foreign aid. And this provides space for other influences. There are still good reasons for knowing who supports aid though. One of these is that, even if overall opinion doesn’t directly affect political choices, some parts of the population may be more easily mobilised by campaigns that can have an influence.

In 2014 the ANU Poll asked a large sample of Australians two questions about aid. One was whether they approved of the government giving aid. (As we reported at the time, a substantial majority did). There are have been many polls about aid recently, but the ANU Poll had three big analytical bonuses: its methods were gold standard; the disaggregated dataset was made available (thank you!); and the poll also asked respondents about personal traits and other foreign policy beliefs. This allowed me to analyse the data to identify traits and beliefs associated with support for Australian aid. (We’ve undertaken similar work before, but the ANU Poll dataset contained more information.)

Before I tell you what I found, there are two important technical points to clear up. First, the findings I give will relate to relative differences, and overall the poll found that most Australians are supportive of aid. This means that when I show, as I will in a moment, that men are less supportive of aid, it doesn’t mean that men are, on average, opposed to aid giving. It simply means that, everything else being equal, men are less likely to support aid than women. The second technical point is that my findings come from what are called multiple regressions. I ran these in an attempt to isolate the effect of each trait of interest from the effects of other traits that might be related to it and to support for aid. One way of thinking about the findings that resulted from this is in terms of two groups of people who are the same, except that they differ on the trait I’m reporting on. For example, when I talk about education, think about two groups who equally wealthy, of the same age, and so on, but who have different levels of education. I’ll be telling you whether more education is associated with higher support for aid between these otherwise similar groups. (For gory details, charts galore, methodology, further results and robustness tests, see the discussion paper this post is based on.)

With that cleared up, here are my main findings.

Politically while, on average, supporters of all the main political parties (including the Coalition) support aid giving, Labor and Greens supporters are, as the charts below show, more likely to be supportive than Coalition supporters. The magnitude of the effect for Greens supporters was the largest of of any of I found in this part of the study. (The x axis of the charts shows the percentage point change, compared to an otherwise similar Coalition supporter, in the probability of a supporter of the party in question being in the respective response category.) 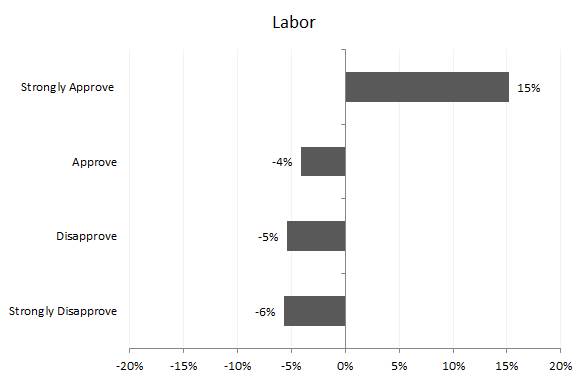 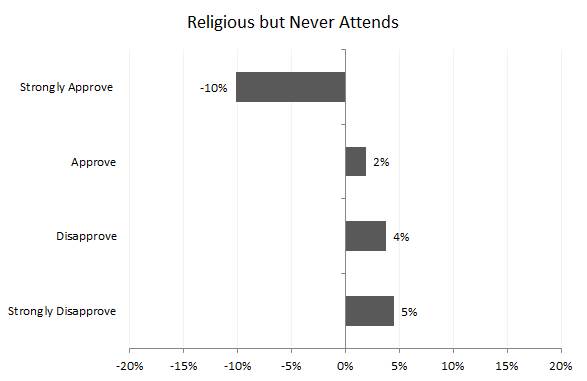 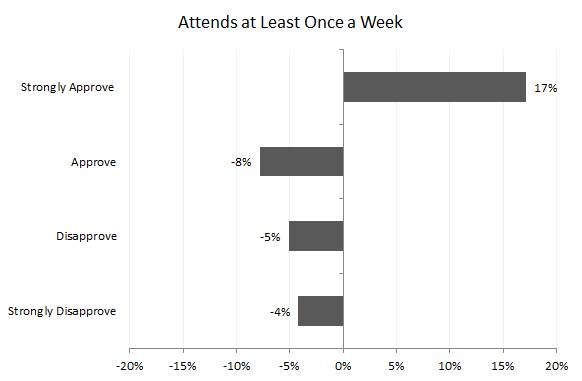 The obvious question to ask at this point is: what do these findings mean for aid campaigners?

However, there’s an important limitation to my analysis thus far: it’s based on a general question about ‘support’, not on a specific question about aid levels, or support or opposition to aid cuts. Given that the current debate about aid in Australia is not about whether Australia should be giving aid or not, but whether it should be cutting or increasing aid, my findings might not be applicable to questions about aid levels. After all, it’s quite possible to support giving aid but to still want to give less. Fortunately though, we have survey data on support for aid cuts too, and I will analyse this data in my next post before discussing what the findings mean for campaigners.

Terence Wood is a Research Fellow at the Development Policy Centre. His PhD focused on Solomon Islands electoral politics. He used to work for the New Zealand Government Aid Programme. The full discussion paper on which this post is based can be found here.