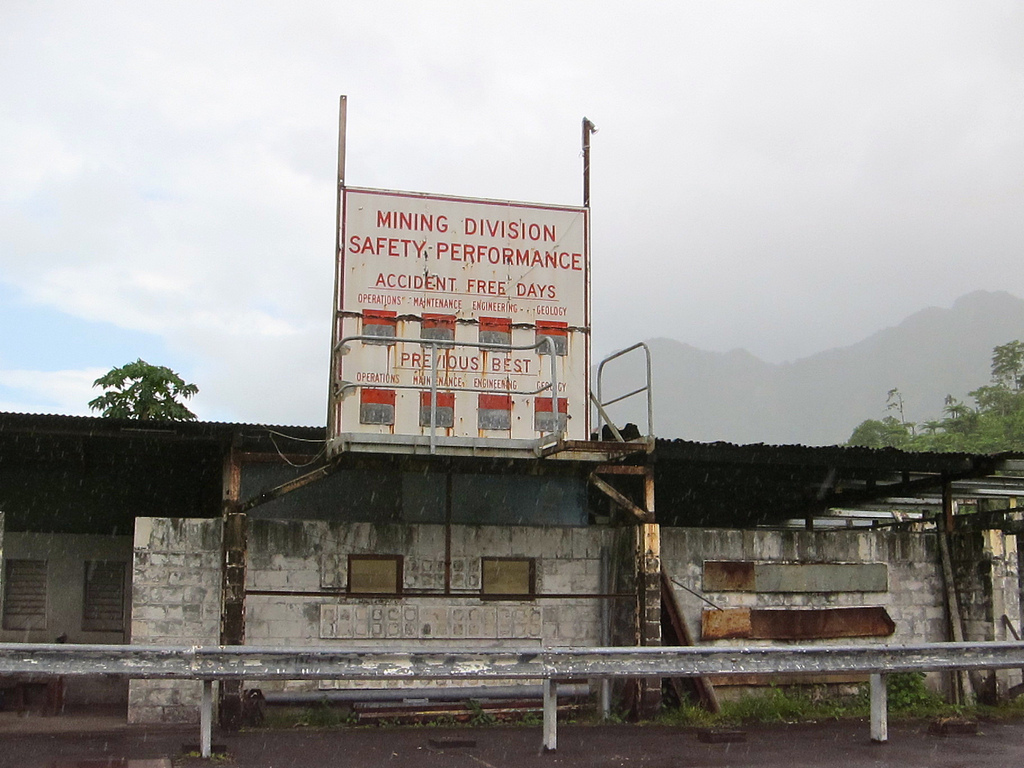 Papua New Guinea (PNG) has long been a site of analysis for exploring the links between natural resources and conflict, having been used as an example in prominent studies of the natural resource curse and as a source of learning in international debates on corporate social responsibility (CSR). The forced closure of the Panguna mine in Bougainville in 1989 due to conflict was a major catalyst for the adoption of CSR in PNG. Despite this 28-year history, company-community conflict remains a significant and ongoing challenge across the country. A possible explanation is that CSR counterintuitively fosters discontent due to a predominant focus on the distribution of material benefits.

While there is no universal definition of CSR, it has become recognizable shorthand for the onus on business to consider the social and environmental impacts of their activities. CSR generally manifests as corporate commitments in the form of socio-economic development projects, community–business partnerships, social and environmental impact assessments, the adoption of discretionary codes of conduct, and can also incorporate formal agreements between states and communities. Contemporary examples of CSR initiatives in PNG include: ExxonMobil’s half yearly environmental and social reports; Newcrest’s AUD$95.8m paid in community expenditure in 2015; and Barrick Gold’s use of the United Nations’ “Protect, Respect and Remedy” framework to guide its response to human rights abuse at the Porgera gold mine.

Over the past decade, the expectations of extractive companies have increasingly widened to encompass conflict prevention and peace building. This stems from mounting evidence of a correlation between natural resources and armed conflict, such the United Nations estimate that at least 40% of intrastate conflicts globally over the past 60 years have been linked to natural resources. This has resulted in increased dialogue between business leaders and policymakers on business for peace, as well as avenues to align CSR strategies with the Sustainable Development Goals.

Alongside these discussions, attempts are being made to identify incentives for business to reduce violence, with the primary focus on minimising the costs of company-community conflict. For extractive companies operating in PNG, two major costs are those caused by destruction of property and loss of productivity due to delay. Actions that interfere with production are not uncommon in PNG. For example, in August 2014 an attack by “armed villagers” spurred by concerns about hiring practices at the Ramu nickel mine injured five Chinese workers and stopped production for three days. While in June 2015, daily operations at the Lihir gold mine were disrupted through the placement of taboo ginger plants (gorgors) by landowners at the mine pit and other sites as a “traditional signal they want to hold discussions with the company”. Community action can also result in the complete loss of a company’s license to operate, as demonstrated in the closure of the Panguna mine in Bougainville.

One concern for future peace and security at extractive sites in PNG is that community interference with production is an effective means to get a response from companies. This includes for example, a higher level of interest in the social impacts of extractive projects following the Bougainville crisis. It can also influence the calculation and distribution of formal landowner compensation payments based on who has the capacity to shutdown operations. The assumption is that company-community conflict can be managed, particularly through material benefits.

This assumption however, may be misguided. Natural resources have undoubtedly produced positive benefits for communities in PNG such as employment, business spin-offs, roads, hospitals and training. Yet as Filer and Macintyre argue, these benefits have largely been “off-set by a range of economic, social, political, and environmental risks and costs”. This frustration was expressed recently in landowner anger towards operator of the PNG LNG project, ExxonMobil, for constructing a hospital while not also providing beds or staff. Poor CSR results are also evident in the long-term. A critique of CSR at the Ok Tedi mine for example, reports on “claims made by participants that, after nearly 20 years of mine operation, they had little to show in terms of socio-economic progress and development”. Counter to normative arguments in favour of a role for business in peace therefore, analysts note the unsatisfactory performance of CSR based on a lack of “evidence of any real socio-economic development at the grassroots”.

Explanations as to why CSR has been inadequate in PNG vary. Gilberthorpe and Banks argue that it is due to the business focus on meeting performance standards than the specificities of the social contexts in which they operate. This results in “ill-conceived and inappropriate development programmes that generate inequality, fragmentation, and social and economic insecurity”, all of which do “little to ameliorate the social risks that were and remain a key rationale for the adoption of these social responsibilities in the first place”. From another point of view, Kepore and others highlight the lack of cohesion and coordination on the part of the recipients of socio-economic projects, which results in competing individual claims on extractive companies. Finally, in my 2016 book Corporate Social Responsibility and Natural Resource Conflict, I identify limitations in the range of justice claims that CSR has been designed to redress. I argue that CSR has primarily been structured according to a distributive justice framework, whereas armed conflicts also include claims for cultural, political and environmental justice.

Attempts to further widen the scope of CSR to conflict resolution must be based on a greater understanding of its strengths and weaknesses in the extractives sector. A key obstacle to peace at extractive sites in PNG appears to be the rationality of companies determining their social and environmental engagements in response to threat. This is a lose-lose situation for companies and communities. Companies not only face increased security threats, they also invest significant capital into development projects that fail to meet the needs and concerns of communities. This is not to say however, that these resources are unwelcome, nor should they be abandoned. Rather, their adequacy and appropriateness is likely to be determined by the extent to which they counterweigh the social, cultural, political and environmental impacts of an extractive site. Mitigating conflict at extractive sites in PNG and elsewhere hinges on finding this balance.

Kylie McKenna is Research Principal at the Institute for Sustainable Futures at the University of Technology Sydney.