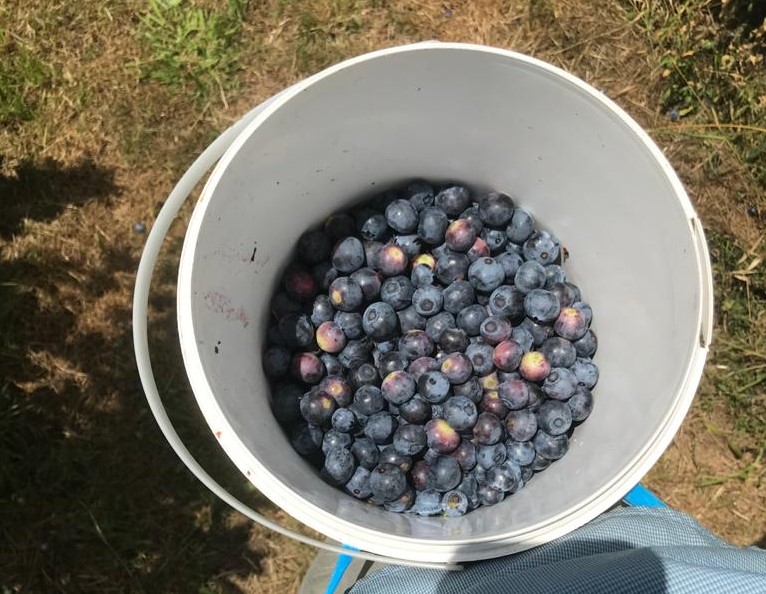 In the previous two blogs in this series (here and here), I talked about how migration has become critical to modern Australian agriculture, and sketched a day in the life of one small corner of this huge industry as observed by myself. In the next two blogs I seek to expand on this by describing the stories of those I worked amongst.

The bit of the blueberry harvest I saw this summer included about 400 pickers, all except a handful of them recent settlers on various sorts of temporary visas. There were lots of stories to listen to, and the days passed more quickly if you talked to whoever was on the other side of the row. Of an evening the kitchens at the caravan park bubbled with conversation along with a wide variety of food. Conversations had, sentences overheard, gossip absorbed. For all the criticism it gets, the ethnographic method has an authenticity few others can match.

Quite often I would end up picking opposite Gloria, a young schoolteacher originally from a city in the northeast of the Congo, now of Albury by the River Murray. When I first started picking, I had this pretentious plan to listen to the entirety of War and Peace on audiobook, but Gloria spent much of the day singing hymns in West African French, which was not just pleasant to listen to but a timely reminder that in anthropology you can’t really afford to block anything out.

A few times, when we got to the end of a row, my trays had room to spare while hers were overflowing. She was far better at this job than me.

“Take these”, she would say, beginning to tip some of her berries into my bucket.

“Gloria, please, that’s not how this works”, I would try to say, but there was a language barrier, and even in the midst of a system specifically designed to play on self-interest, Gloria valued her own ethic of helping the less fortunate more than putting a few extra dollars in the bank.

Like most of the African pickers, Gloria had been resettled in Australia by way of a refugee camp. I never really got the details of why or how; ‘don’t mention the war’ was a serious bit of etiquette in a place like this. Instead, the talk trended to more immediate concerns: whether today’s piece rate was good or bad, how the grapes were at Mildura this year, or what was on at TAFE in February. Gloria wanted to be a primary school teacher here too but wondered how long it would take her to learn English well enough.

There are few statistics on and little public awareness of the role of refugees in Australian agriculture. The best figure we have is that 53% of this workforce are Australian nationals or permanent residents, but how many of these are relatively recent arrivals who have come here via our humanitarian program, we just don’t know.

Extrapolating from my own observations, conversations with pickers from all over the country and historical precedent, I’m fairly confident in saying it’s the majority of them. Given that the lack of temporary migrant labour has left many farmers struggling, it is probably no exaggeration to say that in many cases the presence of these humanitarian migrants is what is allowing them to get the fruit off the trees. We can only lament that their real contribution to keeping us fed is consistently overshadowed by politicians chasing votes by dishonestly portraying the minority of them that arrive by boat as a threat or a burden.

If I wasn’t paired with a refugee I was usually with a working holiday maker (WHM), but listening to them the difference between the two categories began to blur. Although popularly imagined to be happy-go-lucky Western Europeans in between music festivals, the WHM program today is open to young people from over 44 countries, many of which are decidedly not egalitarian social democracies.

Through many hot afternoons I listened to highly educated young people from places like Turkey, Indonesia and Malaysia explain how some combination of corruption and political/ethnic/religious discrimination made their prospects at home depressing at best. Even people from places like Portugal or France appreciated the informality of Australian life, the degree of freedom they perceived people here had in choosing their own path.

So, although debate around how to get people picking tends to revolve around money, that is only part of the puzzle. Yes, pickers want money in the bank, but typically as part of a larger more complex agenda of securing a place for themselves, and often their families, in a difficult and dangerous world.

Pickers can, with a bit of luck, make more than they could working for minimum wage in a suburban café or a supermarket, and this year even the government offer to pay accommodation costs and a $6000 tax-free bonus wasn’t enough to entice substantial numbers.

The reason, I think, is that the things that motivate temporary migrants or newcomers are things that established Australians consider to be almost their birthright. Whether it is a matter of establishing their right to be here or starting over from nothing after a wrenching dislocation in a job market where their often substantial education and experience counts for little, a recent arrival’s path to security runs through rural Australia in a way that for locals it just does not.

And what to do about it? First, there needs to be a greater acceptance that large numbers of Australians are not going to join the harvest workforce, and that well-organised labour mobility is not an optional extra when it comes to the business of feeding Australia. The muddled resource nationalism and out-of-touch griping about how people need to “get off the couch” has to go.

Second, our thinking about labour mobility needs to be informed by the reality that migrant pickers tend to be seekers after opportunity in the very broadest sense. At the same time as we need their labour we cannot, or at least should not, fall into the trap of treating them primarily as a solution to labour market issues. The experiences of the Timorese cohort present in the orchard this summer serves as a telling example of why.

This is the third in a series of five blogs on migration and agriculture in Australia reflecting on my experiences as a fruit picker earlier in the year. You can find all five blogs at #fruit picking series.