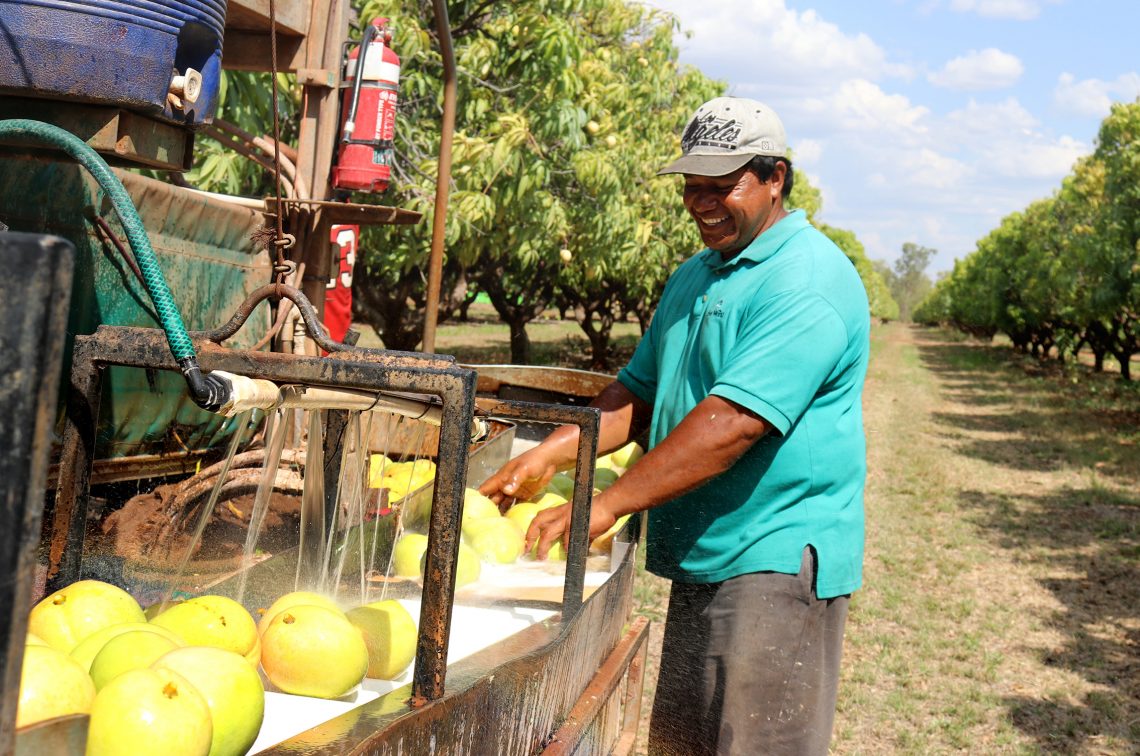 A Tongan seasonal worker working with mangoes in the Northern Territory (Credit DFAT Flickr CC BY 2.0)

One of the complaints sometimes heard from Pacific countries in relation to the Seasonal Worker Programme (SWP) is that the same workers get to go year after year. They’d rather see the benefits more widely spread. The desire to spread labour mobility opportunities equitably is certainly understandable, but would it be good policy?

To answer this question, we first need to measure reliance on return workers. There are two ways to do this. The simplest is the ratio of visits to workers. But, as I’ve argued before, this is a misleading indicator, since it will naturally be higher for countries that have been sending SWP workers longer. A better measure is my “reliance on return workers” indicator which takes a value of zero if all workers from a particular country only visit Australia once, and one if maximum reliance is made of return workers.

The table below reports both measures for the SWP using data from the start of the scheme till June 2019. Tonga has the highest ratio of visits to workers, but actually places below average reliance on return workers (thereby proving my point). The country most reliant on return workers is Timor-Leste with a reliance index value of 0.65, followed by Vanuatu with 0.52. 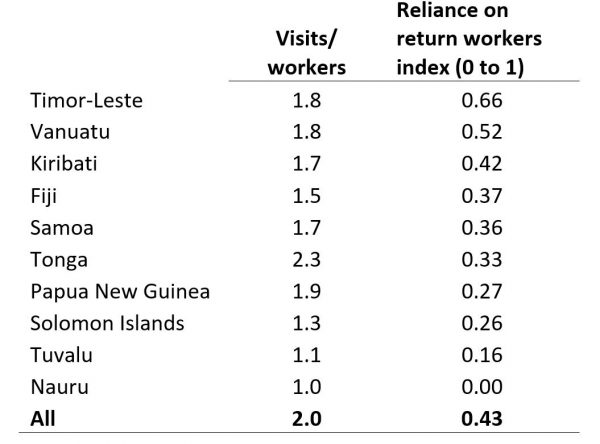 I suggested in an earlier post that there was no evidence that Pacific-wide reliance on return workers is too high (the aggregate index value is less than half, and the expected number of visits under the scheme is about four). But what about the countries at the top of this list? There have certainly been noises coming out of both Vanuatu and Timor-Leste to the effect that the ability of individuals to repeatedly re-access seasonal work should be curtailed.

We naturally think in terms of trade offs: the more return workers there are, the fewer the opportunities for new workers. That seems unfair. Opportunities should be more widely dispersed. Therefore, limit the number of times workers can return.

But is there actually a trade-off between the number of return and new workers? In the graph below, I rank countries both by their reliance on return workers (the horizontal axis) and by the opportunities provided to new workers (the vertical axis, measured as the absolute number of new workers in the most recent year, 2018-19). If anything, the relationship is a positive one: the more reliance on return workers, the more opportunities for new workers. There is certainly no trade off at all. Timor-Leste and Vanuatu, the two countries that rely most on return workers, are in the top three for providing opportunities to first-time workers. Tuvalu, Nauru, Solomon Islands and Papua New Guinea – all countries that have struggled to gain traction with the SWP – are at the other end. Other countries are in the middle on both rankings. 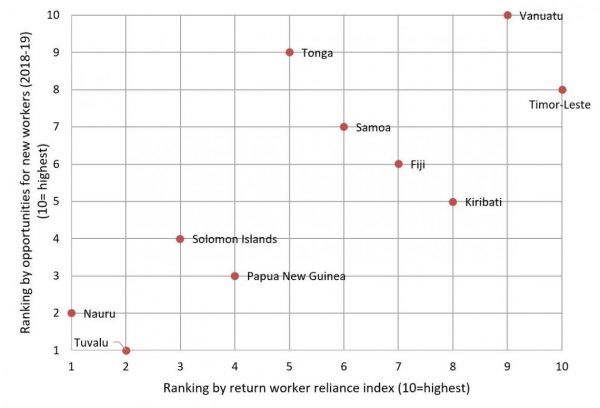 It turns out that it is a mistake to think of new and return workers as competing for the same positions. As long as the experienced workers have done a good job, there is no competition at all. They will always by the employer’s first choice. We should think instead of competition across sending countries.

Conversely, if employers have a bad experience, they will not only ask the workers involved not to return. Next year, they will look for workers from a different country.

A high level of reliance on return workers is a sign of success. The risk of any one country putting “term limits” on seasonal workers is that employers will simply look elsewhere, and then there will be fewer opportunities for all workers from that country, new as well as experienced ones.