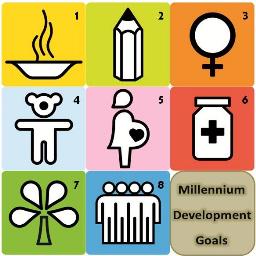 Why the MDGs are both too ambitious and not ambitious enough

The Millennium Development Goals have the unenviable distinction of being both shamefully under ambitious and wildly over ambitious. This sounds impossible but it’s not, for reasons that I’ll explain in a moment. First, though, I want to make one thing clear: I’m not an MDG-hater. Since their inception the Goals have been on the receiving end of fierce (and sometimes justified) critique. Yet my own take is that while the MDGs are flawed there’s no evidence that they’ve proven harmful or that the world would have been a better place without them. And it makes sense to have some sort of targets that allow our nascent global community to track progress in improving human welfare while at the same time galvanising efforts to make the world a better place. Come 2015 (the nominal end of the MDG time line and also the point when any replacement framework would become active) we should not abandon the aspirations encapsulated in the MDGs or the idea of global goals. But we do need to think about how the Goals are constructed.

For the globe as a whole the MDGs are unambitious because the headline targets for many of the Goals were set — as Jan Vandemoortele explains on pages 2 and 3 of this PDF (ungated version here) — on the basis of forward extrapolations of pre-existing trends. So, to give an example, MDG target 4a to “reduce by two-thirds, between 1990 and 2015, the under-five mortality rate” was arrived upon by simply taking the trend of improvement from previous decades and projecting it forwards (there were some exceptions to this, see page 14 of this, gated, article). In other words, for all the beautiful rhetoric of the MDGs, and for all the combined might of global heads of state behind the Millennium Declaration, most of the targets chosen for the Goals were ones that the world as a whole looked like it was going to meet anyhow. Call me a zealous idealist if you will but merely sticking to the pre-existing trend line doesn’t strike me as that much of an achievement.

So that’s the under ambition of the MDGs, what about the over ambition?

The over ambition stems from the fact that most MDG results reporting is done on the basis of transferring the targets from the global goals to individual countries, and then reporting on whether they are going to meet the transferred target. For example, for MDG4a to be deemed to be on target, an individual developing country needs to have seen under five mortality decrease at a rate sufficient for its absolute level in 2015 to be 33% of what it was in 1990.

Jan Vandemoortele explains (PDF – page 5) the problem with this:

Proportional changes tend to be inversely related to the initial level from which the country starts, because of the size of the denominator. Reducing the national U5MR from 10 to 5 per 1,000 live births, for instance, implies a reduction by 50%, whereas lowering it from 250 to 200 yields only a 20% reduction, albeit that the latter is 10 times larger in absolute terms. In other words, targets that are expressed in relative terms are hardest to achieve in countries with low levels of human development. Achieving the MDGs will be more challenging for Afghanistan than for Australia, more difficult for Benin than for Belgium, less easy for Chad than for Chile.

(Vandemoortele isn’t the first to have highlighted this: researchers at the Centre for Global Development were noting similar problems [PDF] as long ago as 2005 and William Easterly provides an in-depth analysis of these issue across the MDGs in this [PDF] Brookings working paper.)

To an extent this problem is mitigated by the fact that individual countries are able to tailor MDG targets for their own use (and according to page 17 of this [PDF] UN document most developing countries have done this) but these localised targets are not reflected in international reporting.

This leads to a troubling situation where — potentially — countries that have seen meaningful improvements in the areas covered by the MDGs may still be described as having failed owing to the impossible task they face in meeting MDG targets from a very low starting point.

In a new paper in World Development (here, and an ungated PDF of a similar paper here) Sakiko Fukuda-Parr and Joshua Greenstein provide evidence suggesting this potential problem is being realised, particularly for sub-Saharan Africa. Fukuda-Parr and Greenstein find significant trends of improvement for many sub-Saharan African countries for many of the MDG targets. And for the limited set of targets where historical data are sufficient to compare progress pre-Millennium Declaration to progress in the last 12 years, they find rates of improvement have tended to increase. This should be seen as a positive story of development and improvement — success — and yet the 2012 official MDG scorecard [PDF] tells a completely different tale for the region: for every target except two, sub-Saharan Africa’s progress is “insufficient to reach the target if prevailing trends persist.”

The good news is that, technically, solving the problem of the MDGs being both over ambitious and under ambitious at the same time is easy. For each Goal, individual countries should be set tailor made targets that are based on modest but meaningful improvements in historic trends (i.e. if a country had been reducing the number of people living in poverty by one percentage point per annum, it should be tasked with increasing this to two percentage points per annum). Then when the progress of regions (or the globe as a whole) is reported on, simple messages could be delivered based upon the proportion of countries meeting their own individualised targets (for example, 77% of countries in Oceania are meeting education targets). Were this methodological change to be adopted, both at the level of individual countries and globally, meeting the MDGs would be both possible and meaningful. Real achievements in the poorest countries wouldn’t be dismissed, and meeting the MDGs would mean that the world was actually slowly but surely getting its act together. Which seems to me like a suitable goal for our still nearly new millennium.

Terence Wood is a Researcher at the Development Policy Centre and PhD student in the State Society and Governance in Melanesia Program at ANU. Prior to commencing study he worked for the New Zealand government aid program.