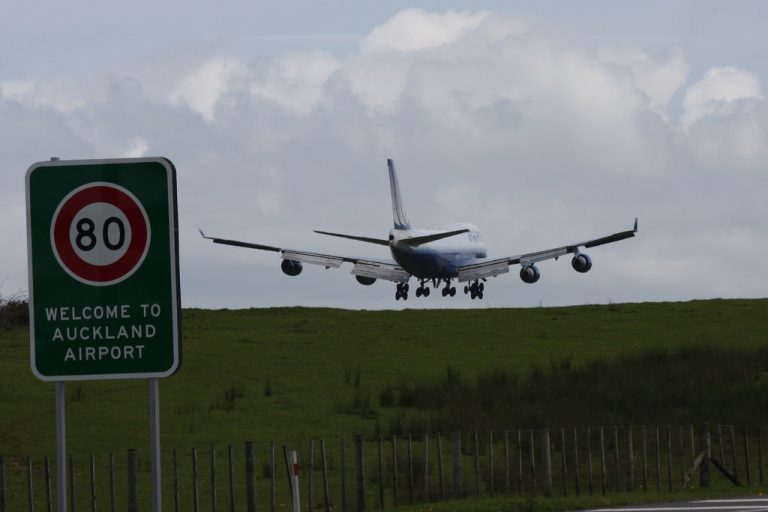 In September last year, Malcolm Turnbull announced at the annual Pacific Islands Forum leaders conference that Australia was going to bring about a “step change” in its relationship with the Pacific Islands. A new Pacific Strategy was going to come before Cabinet by the end of the year.

Finally, 11 months later, on August 12, in Suva, the first inkling of what that step change is about has been revealed by the Foreign Minister Julie Bishop. Her speech indicates that Australia’s new Pacific strategy has three parts: reinvigorated economic partnerships, stronger security partnerships, and deeper people-to-people links.

The first part of the strategy interests me the most: economic engagement. The Minister starts with PACER Plus, the new trade agreement with the Pacific, which the Pacific’s two biggest economies, Fiji and PNG, along with Vanuatu, have refused to sign up to. Despite this, the Minister claims that the agreement “will breathe new life into our economic and trade relationship.” That’s an extravagant claim, to say the least.

The speech then goes on to labour mobility. That’s more promising. Giving a greater emphasis to labour mobility would be the best, perhaps the only, way to enact any real step change in the Australia-Pacific relationship. Ten years ago, labour mobility simply wouldn’t have made it in to any Australian Government speech about the Pacific. Now it gets a significant mention. There are some positive words about the Seasonal Worker Program, which allows Pacific islanders into Australia to pick fruit and vegetables. Then an expression of a desire “to provide more job opportunities for our neighbours in the Pacific” and an acknowledgement that “Australia has labour shortages in some sectors.” Presumably these vague but positive remarks presage more concrete commitments still to come.

And then there is a curious but potentially exciting mention of New Zealand: “We have looked at New Zealand’s positive experience with Pacific labour mobility and remittances to the Pacific and it is something we hope to emulate.”

New Zealand’s approach to Pacific labour mobility is fundamentally different to Australia’s. Australia has opened two small Pacific windows in its temporary migration program. One is the Seasonal Worker Program (SWP). The other, much smaller is the Microstate Visa which allows Nauruans, i-Kiribati, and Tuvaluans to work in Australia for up to two years if a North Australian employer will sponsor them.

New Zealand also has a temporary migration Pacific window, the main component of which is its (much larger) version of the SWP, called the Recognised Seasonal Employer (RSE) scheme. But, far more importantly, it also has a Pacific window in its permanent migration program, through the Pacific Access Category (PAC) and the Samoan Quota Scheme. This allows 1,750 Pacific islanders (from Samoa, Tonga, Fiji, Tuvalu and Kiribati) to come to New Zealand every year. They are chosen by lottery, and they have to find a job to migrate, but there are no restrictions on that choice (except that, if they have dependents, the job has to pay more than a modest minimum).

As a result of the RSE, we can now expect up to 10,500 Pacific islanders to be living in New Zealand for about half the year. The PAC has been running for decades. Each decade adds 17,500 Pacific full-time migrants. After three decades, that is 52,500, or, on an annualized basis, ten times the number that come to the Pacific under the RSE. A few will return, but most will stay, and many will have children. The Pacific diaspora built up in New Zealand as a result creates migration pathways other islanders can use to migrate.

The permanent window in NZ’s permanent migration program, and the absence of one in Australia’s, explains the odd fact that there are many more Samoans living in Australia than Papua New Guineans, even though PNG was Australia’s colony, and is many times bigger than Samoa, a former colony of New Zealand. The 2011 Census showed that there were 56,000 persons of Samon ancestry in Australia, but only 15,000 from Papua New Guinea. The Samoans come to NZ through the Samoan Quota, get NZ citizenship, and then some migrate to Australia using Australia’s NZ permanent migration window.

The Pacific Category has other benefits relative to temporary work programs as well. It is much less bureaucratic, it doesn’t favour any particular sector, and there is less risk of exploitation since PAC migrants have permanent resident status, and so are not at the mercy of their employer.

The World Bank has recently suggested that Australia should introduce its own Pacific Category visa scheme focused on Melanesia and the microstates (in this report that we wrote with them), and the Lowy Institute recently came out with pretty much the same recommendation. I hope that the Foreign Minister’s remark indicates that this idea is now under consideration by government

Parts of the Pacific are among the most isolated countries in the world. Temporary migration schemes on their own are not big enough to overcome Pacific isolation. For all the rhetoric around the virtues of “circular migration”, only giving the Pacific temporary migration opportunities will never allow the development of a Melanesian or microstate diaspora in Australia.

The New Zealand reference is an enticing one, and I look forward to the next instalment in our new stepped-up Pacific strategy. I hope it won’t take another 11 months.