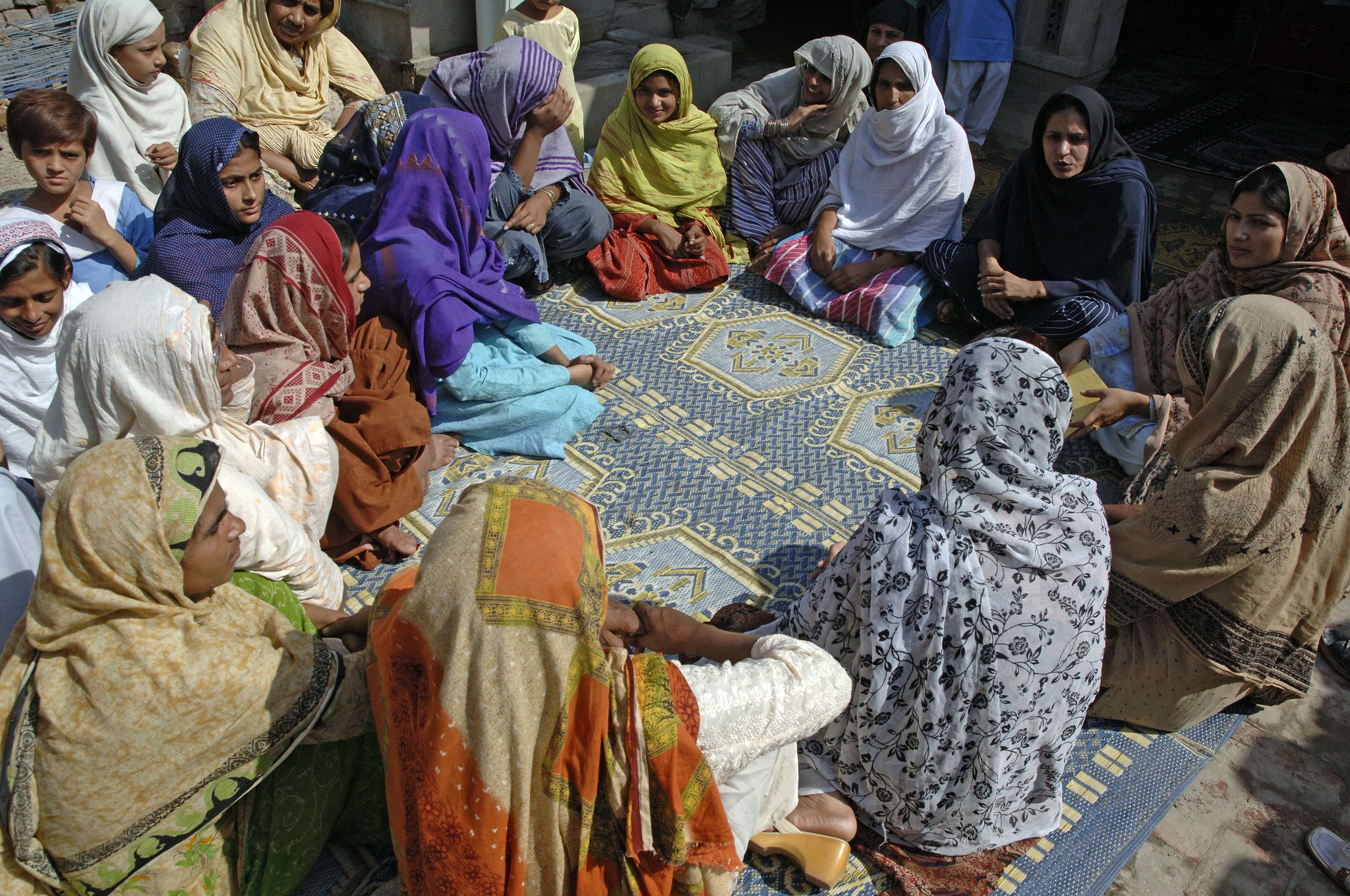 Women-only customary courts in Pakistan and Afghanistan: inspiration for Melanesia?

An area of Pakistan known for its patriarchal structures, Taliban influence and discriminatory treatment of women seems an unlikely place to find a transformative justice institution. Yet the women-only jirga established in Garhi Habibullah in 2017 appears to be just that. Jirgas are a form of customary court found in the Pukhtoon belt of Pakistan and Afghanistan. Used traditionally, for centuries, to resolve disputes and conflict through dialogue, their membership has always been men-only.

Desperation to find ways to address the endemic forms of abuse suffered by her friends and neighbours led local woman Ruqayya Bibi to join 16 other courageous women to develop an audacious plan: to create a women-led jirga. Despite the odds stacked against them, their jirga recently reached a significant milestone – dispensing justice to its 100th family.

The jirga deals with excesses of violence by men against women in a dismaying number of forms: attempted murder and murder, abduction, early and forced marriage, honour killings, women’s inheritance, and sexual and physical harassment. Its establishment was prompted by realisations that women were not reporting cases of violence against them to the police, and that women were systematically disempowered by male-dominated jirgas, a few of which still settle disputes through the exchange of girls and women.

As a scholar of Melanesian justice systems, I am simultaneously both inspired and unsurprised by these initiatives. I am inspired because they demonstrate the possibility of reimagining the forms and composition of non-state justice institutions to help women achieve justice. As in South Asia, customary justice institutions in Melanesia are dominated by men. While women are sometimes included as decision-makers, they are overwhelmingly in the minority. A movement of women-only customary institutions has not, as yet, been developed (to the best of my knowledge).

At the same time, I am not surprised by this development. My research into non-state justice institutions in Melanesia has consistently demonstrated their flexibility and creativity in the face of changing societal norms. In many ways, the biggest limitation is the first step of daring to consider how they could be done differently.

One of the originators of the women-only jirga is Ali Gohar, a scholar with a deep knowledge of jirgas in Pakistan and Afghanistan. He explained to me that many people, including prominent civil society activists and groups, have a negative view of jirgas, seeing them as monopolised by men, undermining of women’s rights, and outdated. While conceding these things are true, he also sees positive aspects: jirgas have been used since time immemorial, and are tested, trusted and practised by the people. In addition, jirgas can be used to reconcile parties to break the cycle of violence in ways the state justice system cannot.

Gohar argues that rather than dismissing the jirga, it should be reformed to include positive dimensions (such as having women members) and exclude negative aspects (such as oppression of women), so as to make it consistent with modern human rights values. He observes that jirgas have many similarities with the practice of restorative justice in the Global North, and with many of the indigenous justice traditions this draws from, such as the peace circles of the First Nations people in the United States. This raises the possibility of restorative justice acting as a bridge between customary justice institutions such as jirgas and modern human rights standards.

According to Ali Gohar, the initiative to include women in jirgas really began in 2008, when women were first given the opportunity to participate in reconciliation committees that drew upon jirga traditions. After successful implementation of that project, a few women-only jirgas started to be established in 2012-13. These initiatives took place in the hometown of the Taliban and in former tribal areas, places where outsiders might assume such initiatives would be met with fierce opposition (as indeed many were).

So what factors have been central to the success of this women-only jirga? There appear to be two critical ones. The first is the dedication of the women who sit on the jirga. In Garhi Habibullah they take an oath when becoming members that they “will not back down from a case without good reason”. The determination that oath signals has helped them withstand the steady stream of opposition and criticisms they have received over the years.

The second factor is the support the women-only jirga receives from the local police force. Some within the police force have publicly legitimated their work, and in turn the members of the jirga encourage women to bring their cases before the police in order to claim their rights under the law. This approach is reminiscent of the police-civil society coalitions my colleague Fiona Hukula and I have written about as being effective in PNG.

Necessarily, initiatives such as women-only jirgas raise questions about whether patriarchal non-state institutions can ever be utilised to truly support women; whether any reforms can be anything more than short-lived and superficial; whether they merely provide women with substandard and inferior systems of justice; and even whether they put women advocates in danger from reprisals. It is important to note also that woman-only jirgas remain very much an exception in the male-dominated justice domain in the Pukhtoon area.

These are important questions. But a race to scepticism should not cloud our abilities to be inspired to imagine a better future, including reforms and new structures that are audacious in their innovativeness and challenge to the status quo. For me anyway, the women of Garhi Habibullah have provided at least a glimpse of a vision of such a possibility. What might such an approach look like in PNG or Vanuatu or Solomon Islands, with women-only versions of customary courts, local urban komitis and peace and justice mediation initiatives? It might be worth at least trying to give it a go.