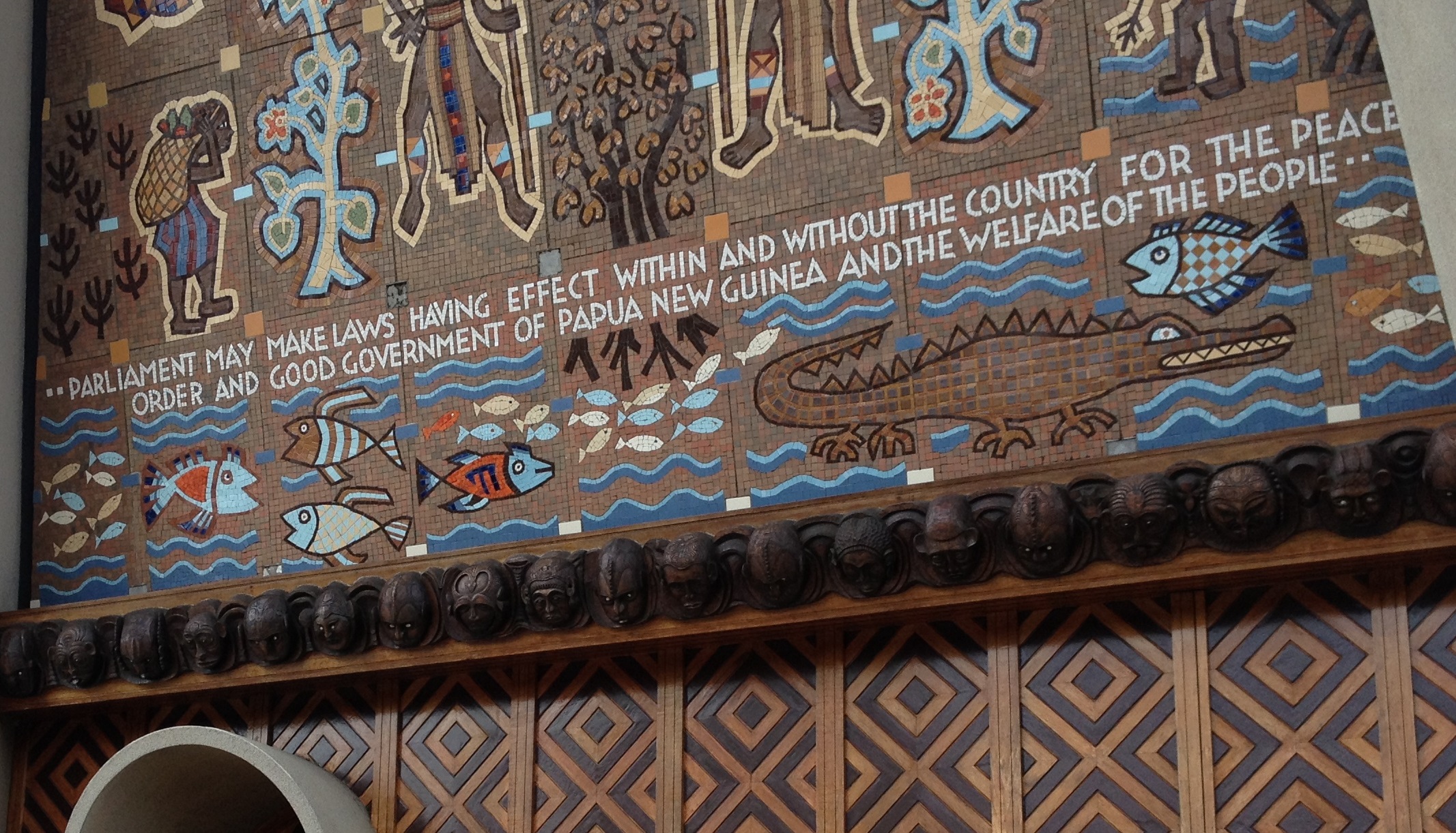 On 6 March 2018, PNG’s Prime Minister Peter O’Neill reportedly announced a shift from limited preferential voting (LPV) back to the first past the post voting (FPTP) system in PNG’s national elections. This announcement will likely spark intense debates about the pros and cons of each voting system. It also raises questions about women’s political representation in PNG. For decades, debates about women’s political representation have waxed and waned depending on who is in parliament, who constitutes the women’s lobbying group, the state of the national women’s machinery, funding availability and – because most funding is from donors – the priorities and direction that donors choose.

Early debates revolved around a proposal to invoke a provision in the PNG Constitution to nominate a woman’s representative. This debate culminated in 2009 when the Somare-led government backed Dame Carol Kidu, who was then a member of the cabinet, to put a motion to parliament for women to be nominated as representatives of parliament, based on this constitutional provision.

The parliament rejected the proposal, but it was an important moment because it deepened the debate about legislative reform and paved the way for progressing the drafting of the Equality and Participation Bill (also referred to as the Women’s Bill). After many months of sustained national debate, consultations, lobbying and drafting, women scored another victory on 22 November 2011 when the parliament voted to allow the 22 reserved seats for women under this bill. Leading up to the 2012 national elections, the leaders’ summit agreed to support reserved seats for women in parliament.

The process involved a concerted effort, with the sole woman MP Dame Carol Kidu as the champion, pulling together a diverse range of stakeholders and securing the support of a significant number of male members of Parliament. Some argue that this national backdrop may have contributed to three women winning seats in the 2012 national elections.

During the next parliamentary term, debates waned. Dame Carol Kidu retired. The passing away of the late Scholar Kakas, the President of the National Council of Women (NCW) and a vocal supporter, created another vacuum in advocacy. The three women members of parliament reportedly withdrew their support for the Women’s Bill. A proposed bill in 2015 to legislate that ten percent of candidates endorsed by political parties be women, was met with mixed reactions by members of parliament, including one of the women MPs.

Fast forward to the 2017 national elections and none of the women who contested the elections won their seats. This prompted calls for revisiting the debate to introduce seats for women candidates, as well as other temporary measures. These calls included national and international stakeholders noting the difficult conditions that women faced. As one female candidate implored:

The Government of PNG and the development partners need to move beyond short term interventions to implementing a well-planned and comprehensive intervention package with the overall objective to create a level playing field for women in PNG politics.

What will constitute ‘moving beyond’ the status quo of donor interventions is debatable, but the realities for women who want to enter national parliament will remain the same for a long time. The failure to push legislation through stems from people’s perceptions that it is a donor-driven agenda. Some say that the debates around the women’s bill served the purpose of meeting the needs of the international community. Three Pacific women leaders interviewed in this report offer advice, caution against overestimating the ‘relevance and effectiveness’ of donors’ support, and suggest that donors take a long-term approach that includes widening the scope of support beyond national political representation to include other areas where women exercise public leadership. Dame Meg Taylor, Secretary General of the Pacific Islands Forum Secretariat, on International Women’s Day reflected on a need to move beyond standard measures of women’s political participation.

For the PNG women’s movement, unapologetically owning and leading the agenda for women’s political representation will be important in the lead up to 2022. This is a highly political and contested space – after all, it is politics! Pushing for women’s political representation requires PNG women to take a moral, political, social and cultural stand against the prevailing norms in PNG and against perceptions that they are simply the vessels of an outside agenda. For many PNG women who decide to engage in this space as researchers, activists, or political candidates, their decisions come from a conviction that women’s political engagement is desirable personally and collectively. They do so breaking ground in navigating a long path that also extends national debates into their homes and social relationships. To overplay the role of donors undermines the leadership and conviction of the many Papua New Guinean women who have been involved in this journey – as leaders, advocates, support workers, volunteers, employees of international organisations, members of political parties, journalists, and as candidates in the national elections.

And yet, donors do still need to make some funds available to Papua New Guinean women and institutions, especially the younger generation of women who may wish to pursue this agenda. This will require donors to innovate how they provide support, and take a lower profile.

Donors need to know who is available, people’s different strengths, and when to use them. This is a space where the lines blur between the researcher producing the evidence base needed for women’s political engagement, political activism and lobbying, and actions – of women candidates, legislative drafters, and lobbyists. All these actors are important for change, but each has a unique combination of these attributes. For example, a researcher might know how to consolidate complex findings, but a political activist or lobbyist knows which doors of parliament to knock on. Only a woman with a hunger to enter national parliament will put her hand up to contest, but without strong activism to create awareness that women matter, her aspirations diminish.

Men matter! History has shown that Papua New Guinean Prime Ministers, especially Michael Somare and Peter O’Neill, are willing to work with women on this issue. They need support to frame these debates to the wider community, and especially to their fellow MPs. An opportunity currently exists because Prime Minister O’Neill has indicated his support to revisit the debate about legislative reform for women’s political participation.

Peter O’Neill’s recent announcement about a return to the FPTP voting system hints at how he envisages the conduct and outcomes of the next elections. In this parliamentary cycle, the field of donors in PNG has changed compared to the past decade and, given the traditional influence of donors in this space, new donors may weigh into the debate. There will be implications for the outcomes of women intending to pursue candidacy in the national elections. Being prepared to change tactic, to revisit old and spark new debates, including boldly taking up Prime Minister O’Neill’s support to revisit the legislative reforms, is a necessary part of moving beyond the current situation.