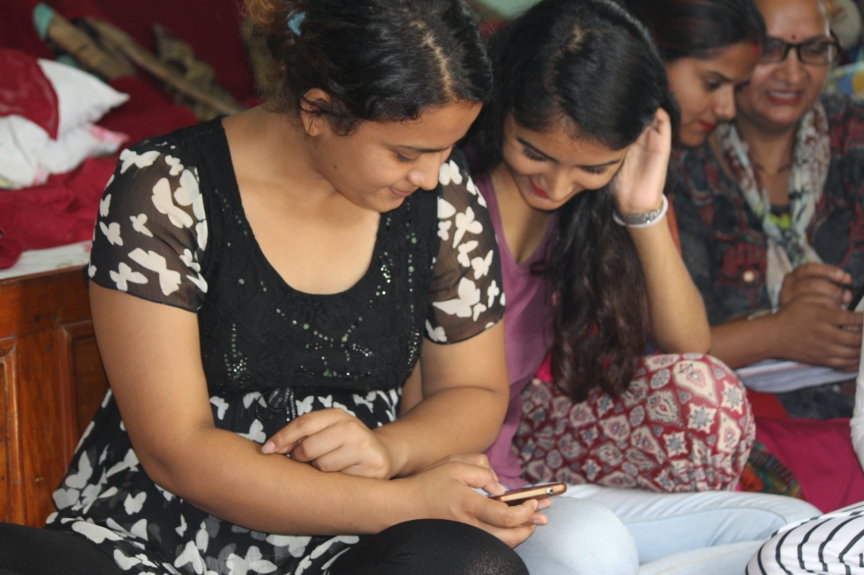 Across South Asia, population migrations have been underway for some weeks in response to the COVID-19 crisis and its knock-on effects. As dramatic film footage from India has illustrated, many people have returned home from cities or abroad as the economic slowdown kicks in and jobs are lost. Nepal, Bangladesh, India and Sri Lanka are all under various ‘lockdowns’ as testing increases and a picture of the spread and scale of the virus begins to emerge –more clearly in India and gradually emerging elsewhere.

While the countries of the region brace themselves for the expected impact on health systems that are strained at the best of times, the immediate impact of COVID-19 is – and will continue to seriously register if projections are correct – increasing poverty. These vast population movements underscore the scope and scale of rising unemployment as it grips the region. For many, the economic implications have been sudden and intense.

In Nepal, for example, over the past three weeks many thousands of overseas migrant workers have returned to the country, having either lost their jobs or been ejected from countries closing borders and revoking visas. Prior to the pandemic, around half a million young people migrated annually from Nepal, in search of better economic opportunities, mainly in the Middle East; in UAE, Saudi Arabia, Bahrain, Qatar, and Kuwait. To date, remittances from overseas workers amount to a quarter of Nepal’s GDP, supporting families and communities that remain at home. Their loss is immense for a country where an estimated 15% of the population lives under $1.90 a day.

Among those who have made the journey home – often difficult in and of itself – many find themselves in rural areas where they have no work and few prospects, and where their families have lost the financial stability that money previously sent home sustained. Close to 90% of migrants take out a loan to finance their journey. With four out of five dependent on local money lenders to finance their journey, some have also returned with debts to pay.

At a time of rapid change, accurate information and channels to link people on the move to their families, and to provide them with the information needed to make informed decisions, are as important as they are difficult to provide. Stories abound of the extent of disinformation on COVID-19 across Asia, particularly as many governments are struggling to respond to the pandemic while concurrently providing citizens with timely and accurate information on which to base decisions.

In Nepal, The Asia Foundation (TAF) is fortunate to be an active member of the country’s data ecosystem, which comprises the different actors who are demanding, receiving, supplying and using data. Together with our partners, we have been able to repurpose pre-existing program initiatives to make a contribution to the quality and flow of information within that ecosystem, with the aim of achieving optimal impact by dividing roles and competencies and avoiding duplication of effort. This is crucial at the best of times, and doubly so during a crisis.

Within the Nepali data ecosystem, for instance, tech company Naxa has developed a dashboard for the Ministry of Health that provides real-time data on the outbreak in Nepal. Concurrently, local NGO Digital Data Systems for Development is collecting and analysing data on vulnerable groups to ensure their inclusion in formal government policy response. Recognising that not everyone in Nepal has access to mobile phones or internet, TAF and Sharecast Initiative have enabled the transmission of vital information to rural and isolated communities through a network of 60 radio stations. Meanwhile, local think tank Accountability Lab is focused on challenging disinformation and rumours.

The link between these efforts, as much as the efforts themselves, is key to their potential impact. Data ecosystems have their own political economies in which the incentives favour cooperation over collaboration, and individual rather than collective recognition. In overcoming these conventional incentives and aligning efforts, Nepal’s data ecosystem stands a good chance of supporting a combination of efforts and outcomes that exceed the sum of their parts.

Within Nepal, one of TAF’s contributions to the crisis is the online platform it developed in collaboration with the International Labour Organization (ILO), local CSOs Bikas Udhyami and AMKAS Nepal, Sharecast, a local tech company Smart Ideas and a few others. Over the past couple of years, the Shuvayatra application has been connecting current, prospective and returnee Nepali migrants with information and services to improve their overseas working experience and make it safer.

During the past few weeks, TAF has used the Shuvayatra app to provide a vital information channel for returnee migrants and their families, providing them with rapid and accurate updates on COVID-19 in Nepal and the government’s unfolding response. By leveraging the user-base of Hamro Patro, a popular news service used by Nepalis abroad and their families at home, information disseminated on Shuvayatra is available to more than 5 million people.

As the crisis unfolds, communities in Nepal will need greater access to health systems and social welfare. In response, TAF is turning its attention to doing more with the Shuvayatra app and our partners. For example, the soon to be launched Mero-Saathi (My Friend) campaign will provide peer support to migrants in distressing situations abroad, informed by the stories and experiences shared by returnees. The campaign targets the large number of female domestic workers who have not made it home and are now trapped, jobless, and vulnerable to health and security risks in host countries.

In the coming weeks, TAF Nepal will use the platform to survey migrants and their families and give voice to their experiences, with the aim of influencing policymakers and political decision makers. Just as accurate information on COVID-19’s spread and mitigation methods is critical, so is capturing, qualifying and quantifying the human dimension of a crisis that is increasingly likely to trigger a long-term economic, social and health crisis in South Asia and beyond. For those who have lost livelihoods and have returned to rural areas in Nepal – one of the poorest countries in Asia – that crisis is already upon them.

Nicola Nixon
Nicola Nixon is Senior Director, Governance, at The Asia Foundation, based in Hanoi. She is a Visiting Fellow of the School of Regulation and Global Governance at The Australian National University.

Pranaya Sthapit
Pranaya Sthapit is a project manager and researcher at The Asia Foundation (Nepal). He works on data and innovation driven projects, providing technical assistance and building capacity of partners on various data related projects.