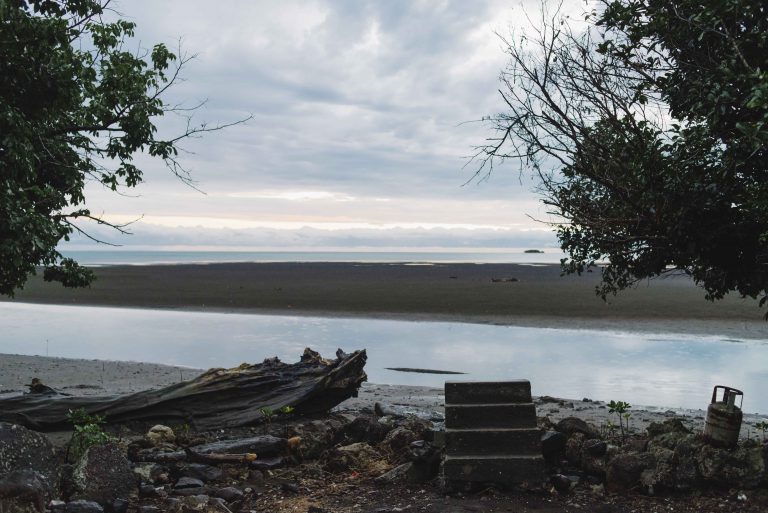 Working together to understand climate change risks in Fiji

People read about climate change every day and we are all familiar with it as a concept. While we understand that steps need to be taken to address the risks, its impact is harder to imagine. We often assume that the impacts are something we will experience many years from now. But in the Pacific, the impacts are already being felt by communities. This came across clearly through our work on the Climate Vulnerability Assessment – Making Fiji Climate Resilient report, which the Fijian Government produced with support from our team, and which was launched recently at COP23.

Working with the Government of Fiji and a wide range of experts across a broad range of sectors really brought the story of climate change to life, making the impact on the everyday lives of Fijian’s clearer to the team.

Coming together to track vulnerability

As a team we tried to answer some questions fundamental to Fiji’s future:

Important questions to a complex challenge

These are important questions, but responding to them and delivering the Climate Vulnerability Assessment was a challenging task. Studying and quantifying the impacts across an entire country’s people and its economy really puts the complexities of this topic into perspective. What does climate change mean for Fiji’s roads or electricity? Or for its health system, or its schools? What can be done to make Fiji’s towns more resilient?

There are myriad interconnections across a broad range of sectors, and the team began by looking at Fiji’s national development plans and then considering the threats climate change poses to these plans.

One of the main innovative features of the report is the fact that it does not only assess the physical vulnerabilities, but also social vulnerabilities and links to poverty. This was done by using the ‘Unbreakable’ model; a way of assessing vulnerability that moves beyond considering only asset and production losses, to also consider how natural disasters affect well-being.

This required much coordination between experts from around the world across sectors including housing/land use, hazard management, transport, water, energy, health, education, environment, agriculture, fisheries and social protection.

Some of the key findings include:

Crucially, the Climate Vulnerability Assessment doesn’t just spell out the scale of the challenge; it also includes a clear plan of action for how Fiji can tackle that challenge. Our team supported the development of a costed, comprehensive list of 125 interventions to strengthen the climate resilience of Fiji. This includes recommended investments in critical infrastructure such as roads, bridges, jetties, schools and hospitals, water and electricity supplies, as well as investments in agriculture and coastal protection, together with enhancements to the country’s social protection systems to provide greater protection to Fiji’s most vulnerable.

There is no doubt that the facts our team gathered make for tough reading, both for Fiji and for other Pacific and small island countries whose geographic, economic and social circumstances share many parallels.

Having worked alongside Fiji’s climate change team for the past four months on this significant report, it is clear that they have a fierce determination to ensure that their country’s vulnerability is reduced and the impact of climate change doesn’t affect their development goals now and for generations to come.

You can download the report here or explore the human stories behind Fiji’s Climate Vulnerability Assessment in 360-degree VR here.

Katherine Baker
Katherine Baker has been a member of the World Bank’s Pacific team since 2009 where she has supported climate change adaptation, disaster risk management and energy sector projects and worked for the Pacific Region Infrastructure Facility. Katherine has also worked in policy advisory roles for the Australian Department of Finance and Deregulation, the NSW Department of Premier and Cabinet, Regional Development Australia Illawarra, the Illawarra Business Chamber and the University of Wollongong. She holds a Masters in International and Community Development.

Denis Jordy
Denis Jordy is Senior Environmental Specialist with more than 18 years of experience in environment, water management, disaster risk management & climate change adaptation. Since January 2013, he has been based at the World Bank Office in Sydney where he coordinates the Disaster Risk Management and Climate Change Adaptation portfolio in the Pacific Region. Prior to joining the World Bank in 2004 he was based in Washington DC, USA and Dakar, Senegal and has multi-region experience in Africa, Asia, Middle East and North Africa, Latin America, France and USA.

Habiba Gitay
Habiba Gitay is a member of the Pacific Resilience team and is based in the World Bank Office in Suva, Fiji. She leads projects in Pacific Islands that support countries to move towards climate and disaster resilient development. Over the past ten years, Habiba was in the World Bank Headquarters where she was involved in mainstreaming climate and disaster risk and resilience in Bank’s strategic, policy and projects including that of International Development Association. Habiba has extensive experience in climate impacts and resilience from her previous research positions at the Australian National University and involvement in the Intergovernmental Panel on Climate Change.

Simone Esler
Simone is a Disaster Risk Management Specialist at the World Bank East Asia and Pacific Disaster Risk Management Team where, since 2013, she has worked on projects related to urban and community resilience, climate change adaptation, disaster risk management, and disaster risk financing. Prior to joining the World Bank, she worked in both the public and private sector in Australia and the United Kingdom in a range of disaster and environment related roles. She holds a Master’s degree in International Crisis Management, a Master’s degree in Sustainability (International Development and Environmental Analysis) and a Bachelor’s degree in Civil Engineering, all obtained from Monash University, Melbourne.

Stéphane Hallegatte
Stéphane Hallegatte is Lead Economist with the Global Facility for Disaster Reduction and Recovery at the World Bank. His work includes the economics of natural disasters and risk management, climate change adaptation and mitigation, and green growth. He was lead author of the Intergovernmental Panel on Climate Change for the 5th Assessment Report, and has published dozens of article in international journals. He also led the World Bank flagship report, Shock Waves: Managing the Impacts of Climate Change on Poverty.