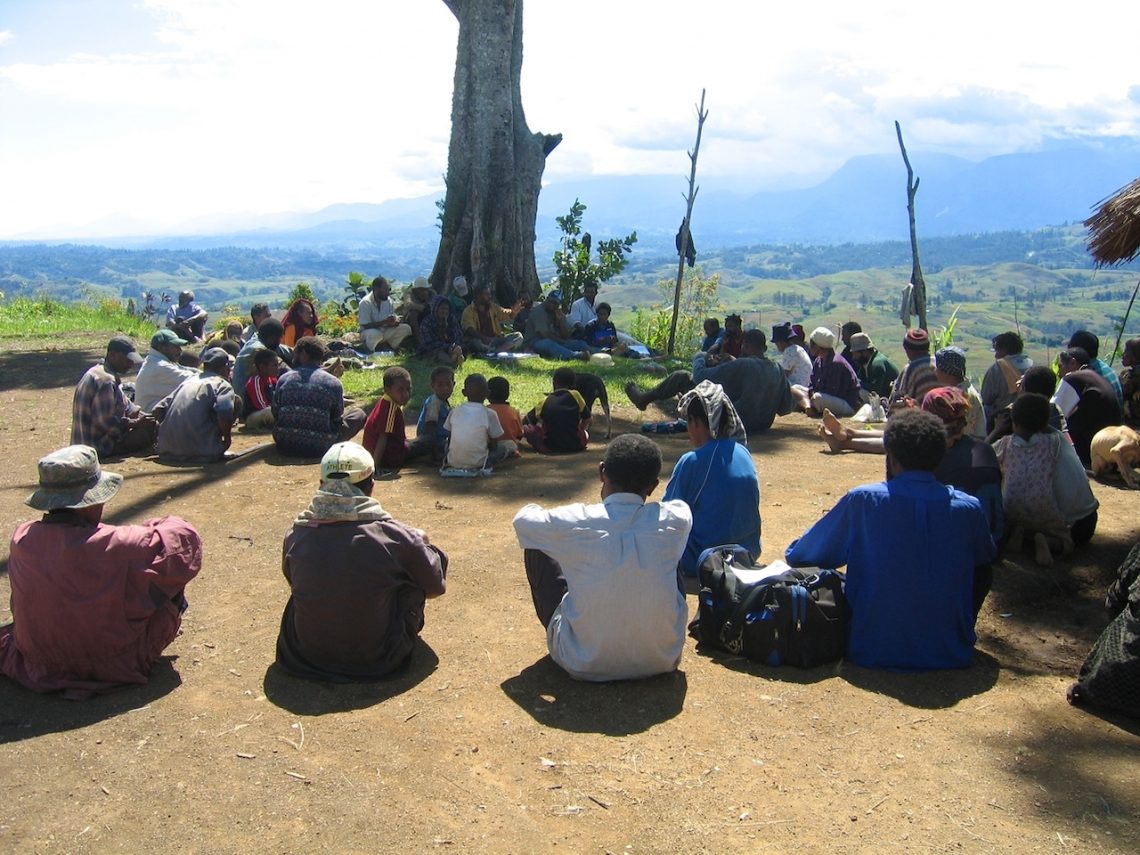 When we started researching violent accusations of witchcraft and sorcery in Papua New Guinea in 2016, it never occurred to us that responses to the COVID-19 pandemic across the globe would replicate many of the behaviours we were investigating, including:

We are witnessing these issues playing out with respect to the safety and efficacy of vaccinations, the rise of political polarisation, and growing problems of misinformation and disinformation over COVID. They resonate with our sorcery research where sickness, death and other misfortunes cause others to turn to explanations based on an individual’s malevolent use of magic. This in turn leads to stigmatisation and often violence.

One of the questions we most wanted to answer was what causes people to turn from believing and acting upon an accusation that someone is a witch or a sorcerer to remaining neutral or to actively becoming an advocate against such accusations. We have come across such instances many times in our research. Is it that if people are better educated, they will dismiss the possibility of sorcery having been used? What role does the physical and social environment play? How important is personal experience?

Given that we are seeing similar dynamics playing out on a global level, we thought it might be useful to share relevant findings from a recent paper about what we have learnt about the answers to these questions.

Our first key observation is that of the existence of worldview pluralism. By this, we mean that although many people understand the world principally through a frame based on scientific principles, or religious principles, or magical principles, it is also common for a number of these frames to coexist in a single individual. It then becomes an important question to understand which worldview (or which combination thereof) will be used to provide the explanatory framework for a given situation.

In our research, a typical scenario in which there is a struggle for dominance of competing worldview involves a person becoming sick. One explanation for the illness is informed by a scientific worldviews, whereby the sickness was caused by disease, whilst the other is informed by a magical worldview, in which the sickness was caused by another’s evil use of sorcery. These explanatory frameworks suggest different courses of action as well – seek medical treatment, or find the witch and torture her until she confesses and agrees to make the person better. In much of the world today, we can see similar conflicting explanatory frameworks, across many issues, ranging from the causes of coronavirus to the safety of vaccines.

A second observation is that worldview pluralism becomes more significant in times of uncertainty. In anxious times, positions that previously seemed stable and solid are loosened. People start to probe and question, trying different explanatory avenues, looking for evidence, weighing and assessing. These are the moments when individuals, groups, populations become more likely to move from one explanatory framework to another. Today, many are finding that those who believe in what some consider conspiracy theories are no longer a fringe group, but family and friends.

Our research suggests that in such situations a doubt based advocacy strategy is advisable. Rather than seeking to convince others to reject a particular explanatory framework or to adopt a contrary one, this strategy seeks to create or extenuate doubt and uncertainty, and to highlight potential negative consequences of proceeding without further interrogation or consideration of other alternatives.

It also means utilising multiple pathways to counter particular positions. For example, rather than relying solely on bio-medical explanations for illness and death to counter resorts to sorcery as an explanatory force, we found initiatives that combined these explanations with religious or cultural principles, or other factors salient for that particular community, more effective. These factors helped to provide the “why” explanation for misfortune that is often sought by community members to bolster the “how” of the bio-medical explanation.

We studied the different factors that seemed to be significant in causing such movements. We divide these into individual factors and group/environmental factors. In terms of individual factors, we found that education levels did not play a determinative role in determining which explanatory framework would dominate. However, personal experience was a compelling factor. If individuals have had experiences subjectively understood as involving the supernatural, particularly as children, they are more likely to strongly adhere to a magical causal story into adulthood.  Conversely, those who have had direct personal or empathetic experiences with people accused of sorcery are likely to view those experiences as significant in changing their attitude towards future magical explanations of misfortune. One nurse said: “With [a survivor], I was a bit scared. But then I thought – she is a human being. I heard that she was a sanguma [witch] and they had tortured her and she came, so I was afraid to go inside (her room). But then I thought. God gave her life. She is a human being. How does she go and eat others?”

In terms of group factors that cause individuals to move between explanatory frameworks, the communicating of narratives or stories that contain within them a causal explanation consistent with a particular worldview are particularly powerful (see part 1).

A policy implication of this insight is that the people best placed to nudge others away from problematic narratives (such as opposition to vaccinations) are individuals from within the group they connect/identify with. Such individuals are likely to have been in a position of ambivalence in relation to such narratives, and are able to build upon that shared state to establish trust and legitimacy. They are able to provide a bridge between different worldviews as a result of the trust they generate through being an insider and “one of us” and the outside perspective they are able to bring that allows them to critique and question the problematic narrative.

This research is supported by the Australian Government in partnership with the Government of Papua New Guinea as part of the Pacific Women Shaping Pacific Development program. The views are those of the authors only.