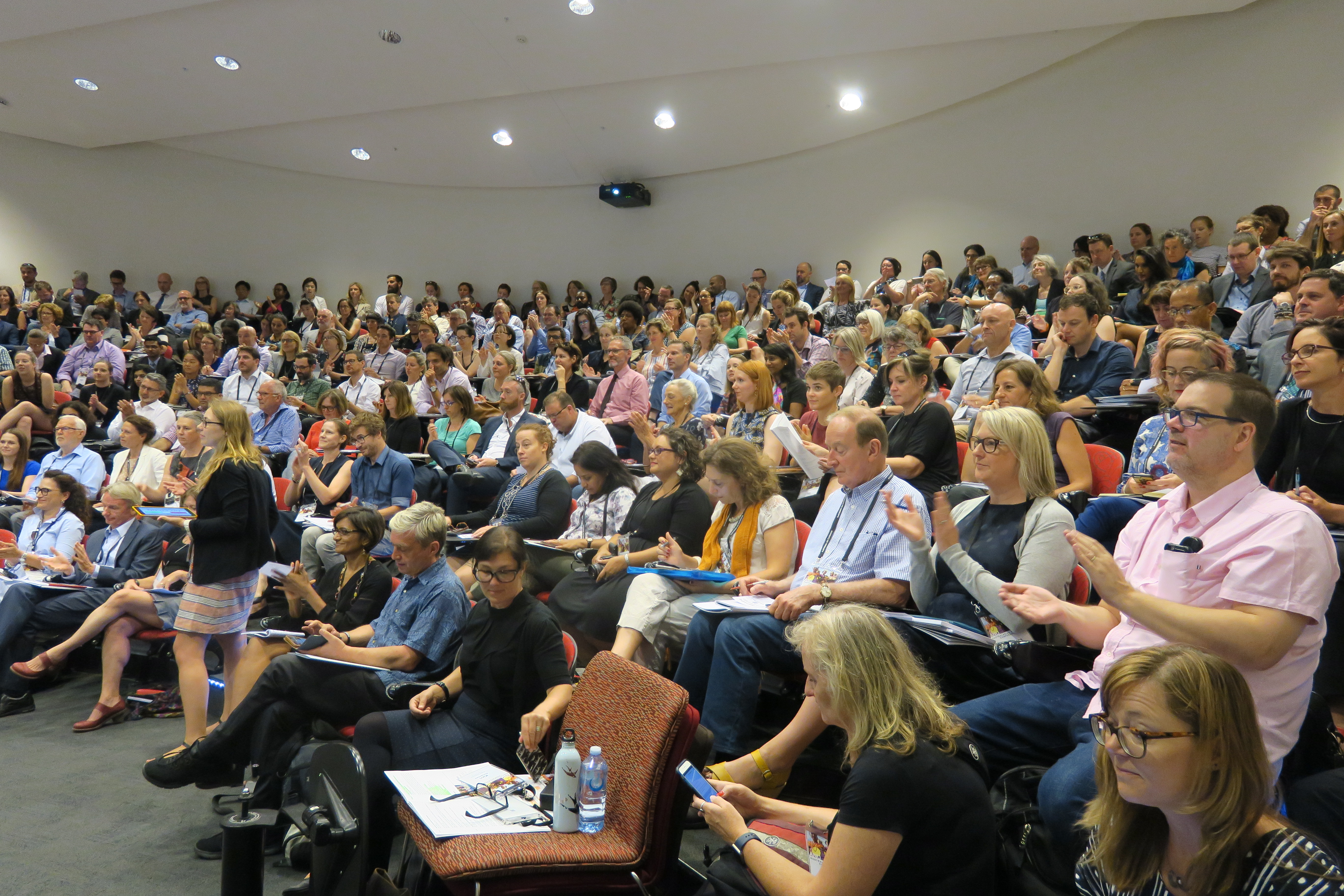 Audience for 3MAP at the 2018 Australasian Aid Conference

It was a privilege to be part of 3MAP (the 3-Minute Aid Pitch competition) at the 2018 Australasian Aid Conference. I was very impressed by the other nine wonderful ideas for the Australian aid program. But we are in an age of financial constraint, and the question is: how can we fund these initiatives? And that’s where my idea comes in.

I propose that Australia creates a sovereign development finance institution (DFI) to engage in the growing market for “impact” or “social” investing that is revolutionising overseas aid. A DFI can make loans, take equity and/or provide guarantees to support private investments promoting development.

But why allow the ‘evil’ investment banker into aid? Well, the foxes are in the henhouse already. Bankers have been involved in aid for many decades, notably through microfinance, pioneered by groups such as Opportunity International (started by former Senior Australian of the Year, David Bussau) and Grameen Bank (founded by 2006 Nobel Peace Prize winner, Mohammad Yunus).

It was the first successful impact investment area. An early example is the Mexican microfinance institution Compartamos: one initial investor realised a staggering 134 times its USD1 million investment, over a period when Compartamos grew to reach 660,000 clients, 98% of whom were poor women.

There are at least four reasons why I think establishing an Australian DFI is timely.

First, as we know, Australia’s aid budget is much smaller than it was – and even less than once forecast. Our ODA has fallen from A$5.1 billion in 2013-14, which represented 0.33 per cent of gross national income (GNI), to A$4.1 billion in 2017-2018, now equal to approximately 0.23 per cent of GNI. So, it is important to do things more efficiently and effectively.

The UK’s DFI, CDC, has obtained a seven per cent annual return whilst building its capital base to £4.8 billion, from a value of £2.0bn just ten years ago. The funds invested by CDC catalysed other investors, together driving economic growth. An example of this is the creation of a million jobs by CDC portfolio companies in 2015 while another 17.9 million jobs were supported.

Using impact investment as part of the aid program would also be consistent with the Foreign Policy White Paper released last year, with one of the four tests it set for Australia’s aid program being to “deliver results and value for money”.

Second, donors are putting less money into aid and grants anyway, and more into impact investments, in areas such as Fintech, renewable energy, infrastructure, healthcare, and education. Estimates for future market growth in impact investment range between USD450 billion and 650 billion over the next 5 years. This would represent around four times the global ODA of USD143 billion in 2016.

Third, most OECD countries, including the US, the UK, Germany and France, have a DFI. But, as Bob McMullan has pointed out, none focus on the Indo Pacific region, where Australia’s ODA is now concentrated.

Finally, an Australian DFI could provide a permanent institution in which to build expertise in the area of private sector development and foreign aid generally. And its name does not have to begin with an ‘A’!

DFAT is already allocating some aid into projects such as the Emerging Markets Impact Investment Fund. However, this is being done through grants only to an independently managed vehicle. But that’s like buying driving lessons for someone else!

A DFI would place Australia ‘behind the wheel’ of this new form of development assistance. It would also allow Australia to transition its aid program away from grants and towards other instruments such as debt or equity and guarantees, already part of many countries’ ODA.

If Australia achieved the sort of returns that the UK has from its DFI (7% on £4.8 billion), that would add some A$500 million to our aid budget – in sustainable annual income. More than enough, I am guessing, to fund most, if not all, of the proposals from my ‘competitors‘ in the 3MAP!

Clay O’Brien
Clay O’Brien is the Managing Director of AYANI Consultants, an international finance management and consulting company, specialising in access to finance. Clay has worked in the financial inclusion sector of international development for over 15 years, completing projects in more than 30 countries, and from June 2013 to October 2015 was the Senior Sector Specialist for Financial Inclusion at DFAT.