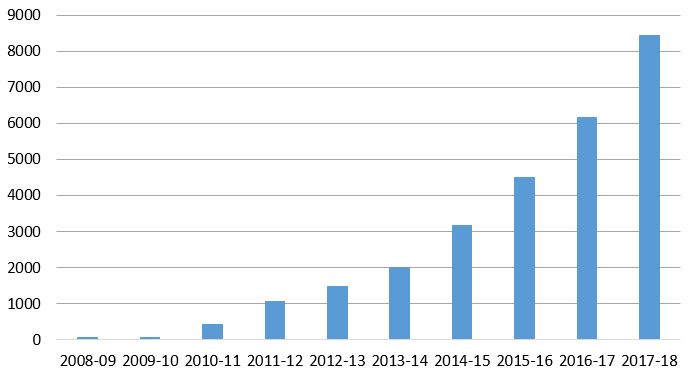 Another bumper year for the Seasonal Worker Programme

8,457 visas were issued under the Seasonal Worker Programme (SWP) between July 2017 and June 2018, an increase of 37% on the previous year. That’s not the biggest relative increase, but it is the biggest absolute increase: 2,291. That increase is bigger than the size of the scheme itself in 2013-14. 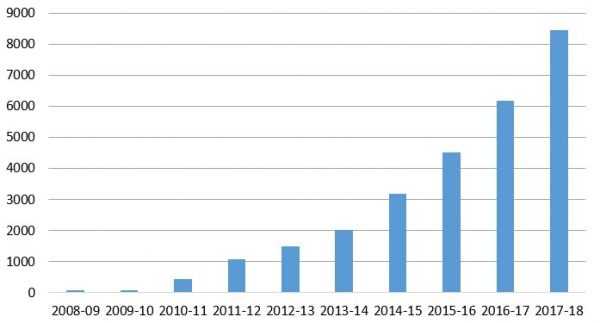 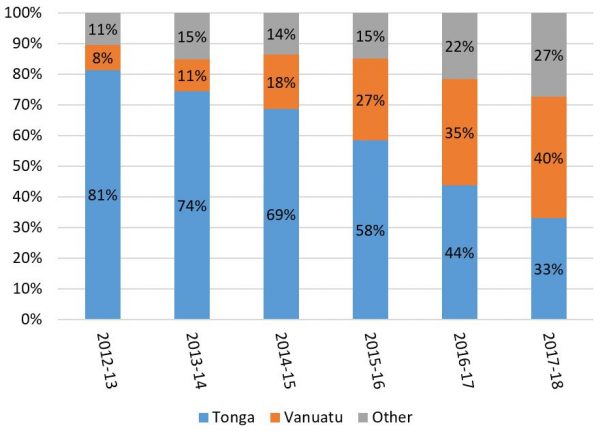 No other country sends workers in the thousands, but Timor-Leste – whose numbers almost doubled – is getting close, with 914 visas in 2017-18. Samoa is in fourth place followed by Kiribati, Fiji, Solomon Islands and PNG. 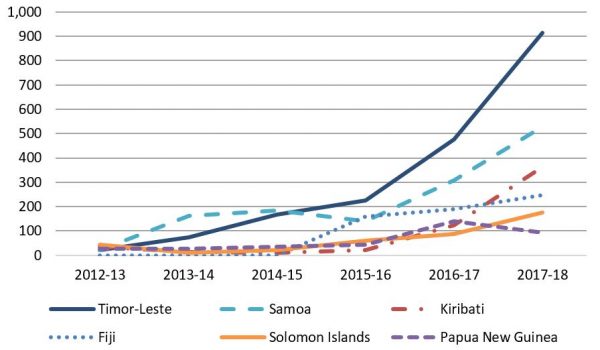 At the current rate of growth, one would expect the Australian SWP to exceed New Zealand’s equivalent, the Recognised Seasonal Employer Scheme (RSE), by next year, as the latter is capped at 11,100. There it still a long way to catch up with the number of backpackers working on Australian farms (estimated at about 40,000) but the SWP trajectory is certainly positive, and the growth rate much faster than I expected.

In Tonga, the number of workers participating in both the Australian SWP and the NZ RSE has reached an impressive 13% of the eligible sending population (those aged 20-45). If every participating country sent that proportion of workers, there would be over 500,000 workers under the two schemes, a number way in excess of current demand. And there is no reason to think that 13% is the saturation point: there are still entire villages in Tonga that are not participating in the scheme.

The share of women in the SWP remains stubbornly fixed at 14%. One bright spot on the gender front is the rise of Timor-Leste, whose share of female workers – at 32% – is twice that of the next highest. If Timor-Leste numbers continue to grow rapidly, it will be good both for the SWP as a whole, and specifically for gender equity.

The data on which this analysis and graphs are based can be found here.