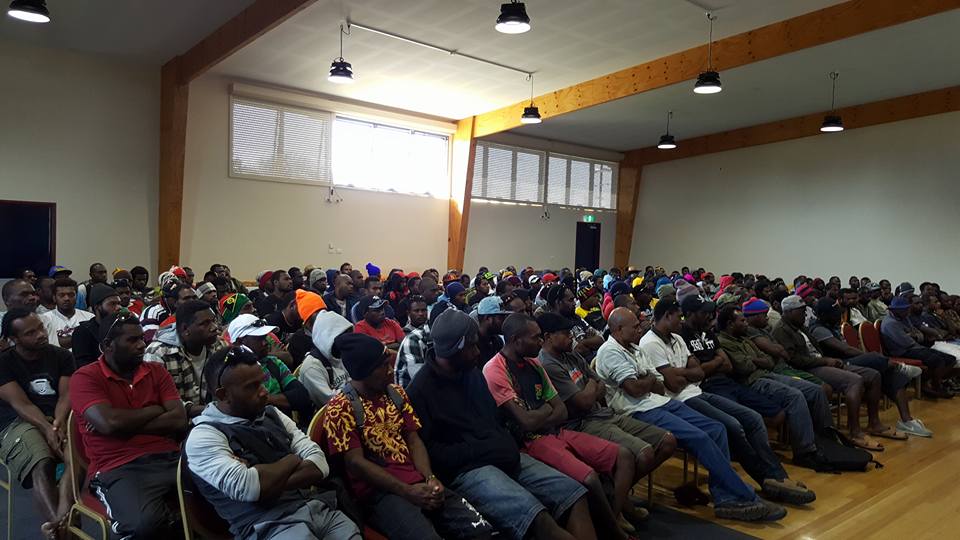 There are renewed calls for a dedicated agricultural visa. The National Farmers’ Federation (NFF) has been pushing for it for some time. In a 2017 submission, the NFF called for an agricultural visa with two streams: “A short term (six to twelve month) stream to cater for a seasonal or unskilled workforce who may return in subsequent years; and [a] longer term stream to cater for a skilled workforce who may move within industries regions or employer groups.”

And now the proposal appears to have political traction, with Nationals leader Michael McCormack at the National Press Club saying that an agricultural visa program was something Agriculture and Water Resources Minister David Littleproud was working on. “It’s something that we do need to address.” Mr Littleproud said.

What about the Seasonal Worker Programme (SWP) which provides precisely the short-term stream the NFF is after? The NFF downplays it . NFF spokesperson Ben Rogers says: “The seasonal worker program is great, but ultimately it is a foreign aid program.” This mystifying remark is expanded on, though hardly clarified, by the NFF 2017 submission: “[T]he focus of the [seasonal worker] scheme is not on the labour needs of farmers. Instead, its primary purpose is to contribute to the economic development of the Pacific Island countries.”

It’s a ridiculous criticism. The SWP is not a form of foreign aid. It is a migrant labour scheme. It aims to contribute to Australian agriculture as well as Pacific development. And the NFF itself pushed for the introduction of the SWP. The NFF also complains that that the SWP is too bureaucratic, but any new agricultural visa would have similar conditions, and the appropriate response to such a criticism is to reform the existing scheme rather than introduce another.

And now there is the Pacific Labour Scheme (PLS), starting in July of this year, which allows for visas of up to three years for regional work. This provides the NFF’s desired “longer term stream,” but doesn’t even rate a mention by the organisation.

So what are the NFF and the Nationals up to? It’s hard not to conclude that their key aim is to widen the pool of sending countries beyond the Pacific and Timor-Leste. Our agricultural sector already has special access to OECD labour via the Working Holiday Maker Scheme, which rewards backpackers who work on farms with a second year’s visa. But backpacker numbers have been falling in recent years. There would be tens of millions of Asians queuing up for an Australian agricultural visa.

Would it be a good idea to open up the SWP and the new PLS to Asia? The original NFF 2006 submission in favour of the SWP called on workers to be “selected from Pacific region countries and/or countries receiving aid from Australia”. Should we open the SWP to such large Australian aid recipients as Indonesia, Vietnam and Bangladesh?

The argument for not doing so rests on Australia’s strategic interests. The Pacific countries are small, and have few development opportunities. The SWP and PLS can make a real difference to their futures. On the other hand, while poor Asians would benefit from their participation in these schemes, access to the schemes would have no impact on the development trajectory of such giants as Indonesia. Such strategic concerns have been heightened in recent months with China’s growing influence in the Pacific. Labour mobility is not something that China can offer the Pacific.

Difficult but not impossible. The repeated cry of the NFF is that there is massive demand in Australian agricultural for foreign labour. The SWP, despite recent growth, is still a small program (only some 6,200 workers last year) and the PLS is yet to get off the ground. Whether calls will continue for an agricultural visa will depend on the future growth in and performance of these two schemes.

Pacific governments, if they want to continue their monopoly on the SWP, need to lift their game. Only Timor-Leste has invested in a labour attaché in Canberra. Sending countries need to invest more at home too. There is still a large pool of Pacific islanders wanting overseas work. But the dependence on the SWP on just two countries – Vanuatu and Tonga, which make up 79% of the SWP workforce – is a risk. There are suggestions that Tonga is maxing out, and Vanuatu’s recent SWP management reforms and rhetoric are a cause for concern. The other big Melanesian countries – Solomon Islands (five times as big as Tonga) Fiji (almost nine times) and PNG (70 times) – need to come to the party. Their governments need to put their best and brightest in charge of these schemes, they need to allow Australian employers to select their own workers, they need to crack down on corruption, and they need to dismantle bureaucratic barriers to participation. It is encouraging to see PNG’s Planning Minister belatedly recognising that his country is missing in action on the seasonal worker front.

The Australian government needs to do more as well. There are some encouraging signs. The reforms of last year to simplify the SWP are a big step forward (for example, allowing multi-year, multi-entry visas). And the recent aid budget announced a new Pacific Labour Facility that will “connect Australian employers with Pacific workers” and support both the SWP and the PLS. But promoting labour mobility needs to become much more central to the Australian aid program in the Pacific: it is only currently mentioned as an aid objective in relation to one country, Kiribati. Aid for trade is a core goal of the aid program, and the best way to support aid for trade in the Pacific is to support aid for migration. For example, the re-financed Australian Pacific Technical College needs to be deployed to provide agricultural training if there really is a demand in Australia for skilled agricultural labour.

If the Pacific countries can meet the demands of Australian farmers for agricultural labour, cries for a broader agricultural visa will continue to be ignored. While it would be nice to see the NFF promote rather than dismiss the SWP and the PLS, if the Pacific falls short the door may eventually be opened to Asian farm workers.